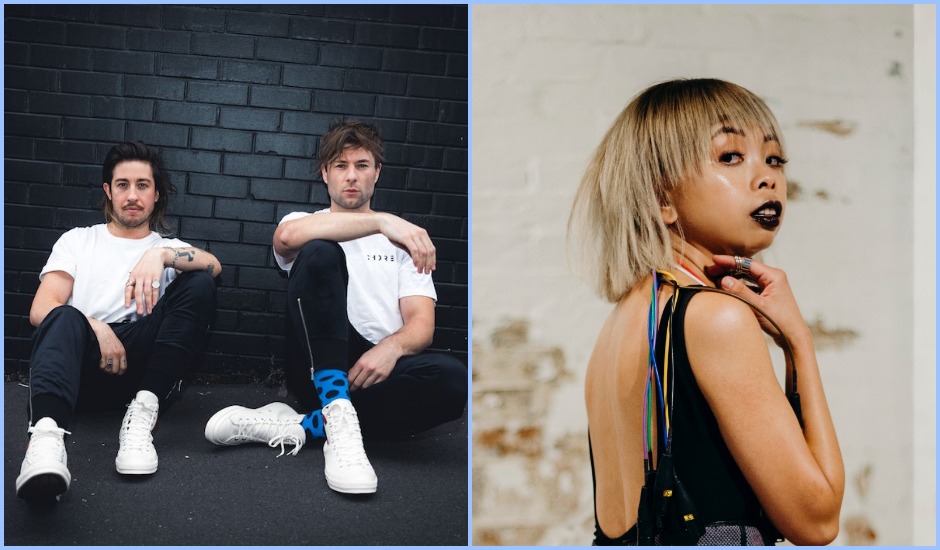 Chores and LÂLKA are two artists we've featured a couple of times over the years, and there's a good reason for that too. They're two acts that bring this forward-thinking and adventurous take on their respective electronic niches; Chores doing so as a New Zealand act specialising in this brand of festival-ready EDM that moves between the genre's many pockets, while Brisbane-based musician LÂLKA is someone often associated with the future, thanks to her left-field pop music that often teeters on the outer edges of bubblegum-pop and PC Music.

In many ways, these two acts couldn't be further from one another - thumping dance music and saccharine sweet electro-pop couldn't be more different - but there are moments in which their respective crafts overlap that makes their latest collaboration together just make sense, and Tremble shows this. Tremble is a song that just somehow comes together, bringing the strengths of these two acts in a way that just makes sense.

It's a rumbling, anthemic track that sees Chores' production hit a new peak; rushing bass kicks and heavy-armed explosions of synth moving with a euphoric pace that makes it seem perfect for the wind-swept summer. Production-wise, the track hits all the right notes - it's nothing out-there experimental, but it doesn't have to be either, it just shows Chores doing what they really do best.

LÂLKA, meanwhile, is where the track's addition of left-field experimentalism comes from, with her vocals pushed to their pitched extremes as they warp and distort amongst the soaring synth that amplifies LÂLKA's vocal, making that anthemic touch to her soaring hook feel slightly more exaggerated (aka exactly what the song needs, being quite a maximalist affair). It's something that really pushes LÂLKA out of her comfort zone too, with the single's more conventional EDM sound being far-removed from her often-clashing breakdowns and sugar-sweet synth, and that says something about her versatility as a pop artist on the come-up.

"We discovered LÂLKA on triple j," the duo say on the single, and collaborating with LÂLKA on the track. "She reminded us of our favourite bands when we started DJing – Crystal Castles, The Knife. We tracked her down via triple j Unearthed, and the collaboration began. We sent her a bunch of instrumentals we thought would be perfect for her vocal. After a few revisions between Brisbane and Melbourne, the remote sessions were done and we finished the production.”

Take a dive into the song below, ahead of its official release this Friday, October 9th. 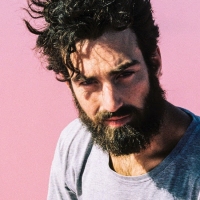 EP Walkthrough: Tom Snowdon breaks down the covers of his debut EP, ChannelOn his first solo release, the Australian musician - one of the best we have - breathes new light into some of his old favourites. 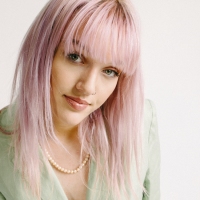 George Alice and Japanese Wallpaper unite for a stripped-back Stuck In A BubbleGeorge Alice's second single goes down a more subtle route, with the help of one of Australia's best.
Electronic