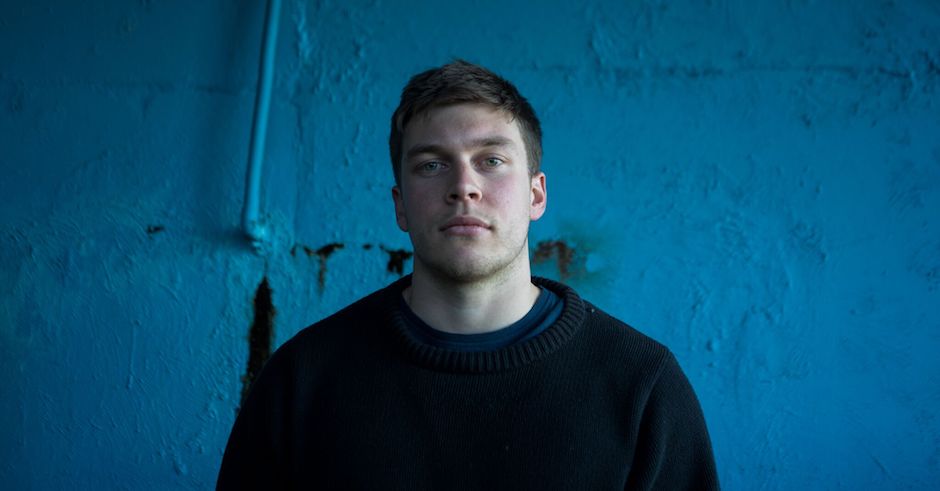 Chances are you might've come across Piecey, the musical production project of Sydney's Pat Carroll. Well, now Carroll has undergone a bit of an alias change, going back to his real name for his recently-released latest EP - Conditions. Released through recent Sydney label up-start Eyegaze, Conditions is a three-track exploration of the darker side of Carroll, uniting rich synth melodies with his signature down-tempo charm for winding and expansive productions that map out the more left-field side of techno and house - somewhat similar to Jon Hopkins. "The EP explores the heavier side of music that I draw inspiration from and merges my interests of electroacoustic studies and groove-based music," Carroll says on the EP, the first release for the aforementioned Stoney Roads Records label off-shoot. "The tracks focus on the idea of transformation, and how this can occur on multiple musical levels simultaneously. To me, the tracks are the product of ignoring some unnecessary considerations that I used to write music by."

Just announced to support Willaris K at his Perth show a touch later this year, dive into Conditions below and get to know Pat Carroll a little better before he blows up:

I’m a musician from Sydney. I used to write music under the name ‘Piecey’, but am now releasing music under my own name. I’ve been in love with music since a very young age, but only really got into electronic music around 2011. I used to listen to loads of Punk, Metal and Folk when I was younger and played more guitar than I do these days. I got into club music from going out after I was 18, but I got into art music through university. For ages, I thought about them as being very separate worlds, and in some ways they definitely are, but over the past couple of years, I’ve been thinking about where those two areas crossover. That’s what the new project is focused on.

It’s mostly based in the grooves of different types of techno, but some tracks have a heavier focus on harmony than a lot of techno usually does. I love processing recordings of random things, so that approach comes from all the music I’ve studied at uni. I definitely draw inspiration from artists like Max Cooper, Rival Consoles and Jon Hopkins, who all often write music based within structures of house and techno, but then do their own thing with it. Stimming also does a similar thing by spinning House grooves with his own quirkiness. For me, the goal is to use those grooves to drive the music forward, but also have other aspects of music unfolding on top. It’s not at all a new approach, but it’s definitely the one that gives me the freedom to explore different musical processes that I’m interested in.

So I usually begin by just starting with a raw material (usually a recording of something) and make a massive amount of different transformations of it. At this stage, I’m not thinking about a specific style I want to write in, I just go a little crazy with processing. I do this with a couple of different recordings before I move on to playing a couple of the new sounds on top of each other, and maybe arranging them into a sequence – just experimenting. At some point, some sound or group of sounds will suggest an idea and it hopefully sets off this chain reaction of ideas that usually results in a few main sections that I build by adding percussion and/or harmony if it’s needed. It’s then a matter of finding interesting ways to extend each section by developing them, or bridging the sections together. Once a loose structure is put together, I’ll usually render it, and listen to this draft for a week or so at random points, and I’ll get a bit of a clearer picture of what needs to go and what needs to change. I think it’s important to have that break from it before fixing things up because you become less attached to sounds that you may have spent hours working on and are able to take them out if they aren’t serving the track properly.

Can you tell us about your new EP, Conditions?

The three tracks were all started at different points over the past couple of years, each focussing on different aspects of electronic music I like. Materialise is based on improvisations on a Behringer Deepmind 12 I had at the time. I wanted to have the confusing tom rhythm acting as the kick for the first part of the track before it’s slaved to a more steady kick rhythm that comes in towards the end of the track.

Gestalt is more driving, and was started in 2016 when I was in Canada for a few months. I found it again last year, rebuilt it with all the gear I had then, and freshened up some of the ideas in it. I wanted the track to sort of grow out of field recordings and ambience (the start is a recording of rain in Vancouver where I was living at the time).

Conditions is really all about musical transformations. Almost all elements in the track eventually transform in some way by the end. I like working with the line between having things be very repetitive and loopy, but also slowly changing. That type of evolution is one of the main things I’m drawn to in any music. The main thing that made these tracks come to life was basically me getting rid of some unnecessary restrictions I was putting on myself in my process. If it worked and I liked it, I went with it. While limitations can be really helpful, it just isn’t smart to limit yourself if it’s at the cost of pursuing a decent idea.

I’ve got one locked in supporting Willaris. K in Perth at the end of September. I can’t wait for that, I’ve never been to Perth before and I’ve wanted to see Willaris. K play for a while now. I’ll hopefully have some more locked in throughout the next couple of months!

There’s a big amount of music in my unreleased folder, so after tidying those up, there may be another release down the track. I’m also developing a live set, which is something I’ve wanted to do for a while. It’s coming along nicely – it’s been interesting to think really specifically about the right context and function of each track, as this kind of makes or breaks the whole set. Other than that, I’ll be working on writing new music!

The Conditions EP is available on Soundcloud, Spotify and Apple Music. My music as ‘Piecey’ is also available there too. Thanks for listening! 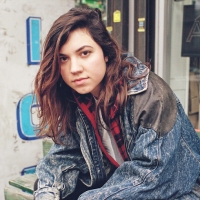 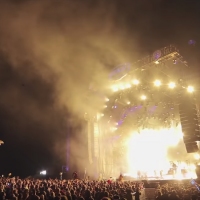 Double drop some feels with this stunning video of RÜFÜS DU SOL performing No Place live'Tis very much the season as the Aussie trio gear up to dominate the Aussie summer.
Electronic