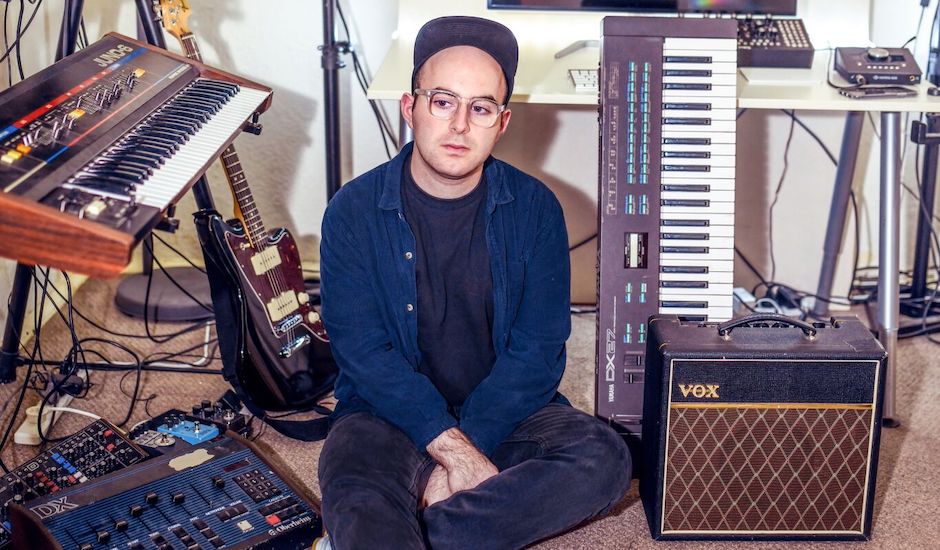 Japanese Wallpaper is a musician's musician. Much like an Australian Jack Antonoff (someone we've actually compared Japanese Wallpaper to in the past, notably for his Melodrama-esque work with Eilish Gilligan), he's a musician constantly in-demand from the best; his trademark nuance and production prowess visible across many of the country's biggest names: Mallrat, Holy Holy, Allday, Wafia, Montaigne, Meg Mac and the list goes on, and on, and on.

Today, however, is Japanese Wallpaper's day. This week marks the arrival of his long-awaited debut album Glow, an expansive, cinematic collection of romanticism and beauty that encompass the Melbourne-based musician's sound and the many pockets of brilliance it may explore; his evolution since his arrival - welcomed by winning triple j's Unearthed High competition in 2014 - on display as the album sways and moves with its rises and falls.

Glow is three years of experimentation and growth brought together on one distinct, sound-defying (but not box-placing) record; taking his learnings over the years - playing SXSW; supporting Lily Allen and M83; releasing pockets of new work here and there - and combining it in one slick release that feels like his future paved out. From the very start, the swelling, five-minute opener Ready / Waiting, you get the sense that Glow is going to be a remarkably special moment, and for the next forty minutes, Japanese Wallpaper convinces you - time and time again - that it is.

Across Glow, Japanese Wallpaper is in the limelight. Despite his collaborative history, the record has no collaborative vocalists - only a handful of songwriters and producers behind-the-scenes to bring his vision to life - with the focus on his own vocal, the nervousness of his early vocal introduction all but disappeared by now. "That’s one of the things that I’m most proud of about this record," he says. "I didn’t have singing lessons from a really young age, so I always thought I wasn’t a singer, that wasn’t my role. And I got really used to working with other vocalists and taking my project down that route but in the back of my mind, I knew I wanted to make a record I was singing on."

Throughout its ten tracks, Glow since Japanese Wallpaper's dream-pop sound sway between old, favourite sounds and new directions alike, drawing comparisons to The Postal Service - a big influence in Japanese Wallpaper's songwriting - and Death Cab For Cutie as he moulds together glistening synth with gentle guitar riffs, those aforementioned vocals coming in over the top. "A lot of it is me just growing up and trying to figure out how everything works and where I fit into everything," he continues, this time on the album's theme.

In contrast to his debut EP four years ago (!), Glow is matured and swirling with an hearable confidence; a sign that after all the years of refinement and work, Japanese Wallpaper is falling into his path. There are moments of tender reflection, with the now-22-year-old seeminglt coming of age across the album's duration, as emotive songwriting bounces through the album's buoyant synth and twinkling keys. "None of the things are about massive changes or massive terrible things that happened, or big breakups," he says. "It’s all songs about little things and it’s also fine to be affected by little things."

Here, to celebrate the release of Japanese Wallpaper's debut album, we got some of his peers and close collaborators to review the album, with acts ranging from Gretta Ray and Holy Holy to Allday, Washington, Alex Lahey and E^ST taking us through their thoughts on the album one song at a time. Dive into the career-defining release below, and then catch him on tour across the next month - full dates HERE.

Japanese Wallpaper's Glow, reviewed by his close friends and collaborators:

I feel like Ready/Waiting is the most perfect Track 1 for Glow; it opens this body of work so beautifully. During the intro, there’s an evident sense of excitement in the production, which I feel alludes to the sonic journey that the record takes you on from that point forward. Something I’ve always admired about Gab’s production is his restraint - rather than his songs reaching a point where there is a really apparent drop into a bigger, more dense section, they 'open up’ - while still servicing the song’s gradual build. I feel like Ready/Waiting is a great example of this, as it is definitely quite grand and bold sounding, but remains dreamy and light, which is that classic Japanese Wallpaper sound that we all fell in love with when he released his debut EP in 2016.

Imaginary Friends is a song about trying to understand the loss of someone. Bathed in Gab Strum’s signature oceans of synthesised arpeggios and syncopated keyboard ostinatos, it is simultaneously an uplifting ode to someone who is now gone, and also a solemn rumination on that same loss. The nostalgic elements of the song’s production - gated tom fills, synth beds, a melancholic harmony - reinforce the idea that this relationship is now past, and imbue the song with a hopeful sadness.

And yet despite this, the song is forward-facing; the underlying theme - ‘were we real, or imaginary friends?’, is made all the more compelling by the modern rituals of online social culture. Is our culture true, real; or virtual, imaginary? This question is not answered, simply posed, yet provides a contrast throughout the song that is initially hidden. On repeated listens, however, it becomes all the more clear. The chorus brings a crunchy drum beat that anchors ethereal female vocals - presumably the long-lost friend. The message ruminates in melancholy as it does in hope. The song lets us think that this friend was never really there, and yet the connection remains. And the production provides the sanctuary of the past alongside the openness of the future.

I’m glad I got to review Cocoon because it’s my favourite. It has all the hallmarks of a good JW song. A long winding chorus, ambient bells, tender lyrics... “Sleep through your dreams, the sun becomes the moon” - it’s simple but beautiful. Good shit Gab.

Gab has this beautiful ability to suspend space and time. I don't 100% know how he does it. But it's perfect. For me, Float kind of sets a scene where someone is slowly, slowly falling asleep. But in the best way possible, because you're about to have a really good dream. The takeaway message of the dream (when you wake up) is not to rush. But rather, to put things on slow-motion or even pause.

Simply because everything is much more beautiful that way. You have space to breathe and take everything in from above. Being present and doing things for yourself, has never felt better. Also, tambourines rule.

It’s a pastel-coloured, digital, tropical dream; but melancholy and sad (duh) - like if you got Eeyore to sing Kokomo? As usual Gab’s superbrain is making subtly genius harmonic shifts here and there to keep it always fresh. Classic Japanese Wallpaper, he makes it sound so dreamy you don’t realize he’s actually breaking your heart.

6. Tell me What You Mean By that - Montaigne

I’m pretty sure Gab (JW) played me this song while the album was still in the works and for me, it was an instant hit. Those double hooks in the chorus are fucking candy to me, a baby, and the whole sentiment of the song is so universal, it’s nice to hear it captured in such scintillant instant-nostalgia pop. I’m also super proud of the huge strides Gab’s made in confidence with his own vocal, it really pops off on this tune. Huge congrats to Gab I love this song!!!!

I love this so much, Japanese Wallpaper brings such a euphoric dreamy sound to his music. This track has catchy melodies and is chilled, can’t wait for everyone to hear this album

I have so much admiration for Gab as a musician and as a person. He's always pushing himself in different directions and different ways of thinking purely on the basis of what speaks to him and what makes him happy. Fooling Around is a really great example of Gab taking all the things that he loves in pop and indie music and inserting his own language into that. Not only can I hear "Gab: the musician" in the arpeggiated synths and beautiful reverbs of the tune, but I can hear "Gab: the person" in its balance, colour and energy.

In classic Japanese Wallpaper style, this song is so bright and colourful. But something in the melodies makes me feel kinda melancholic, like getting bad news on the dance floor. And the lyric, “Am I wearing you out?” gives you the ok to feel a little blue. I love the way Gab subtly communicates emotion in his music, and this song is the perfect example of that.

I love an album closer, so I was excited to be asked to review this particular track. To me this song feels like the sun is rising after a life-changing night, pulling you out of a haze. Gab's music really does glow, and this song captures everything quintessential about his sound. So many subtleties that you notice with each replay, pulling me back in for a replay every time it reaches the end, hoping to find more details with each listen. 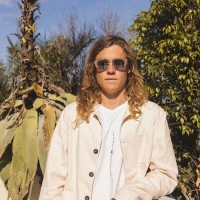 Premiere: Jantoje shares new song Something About ahead of EP tomorrowFormerly producing under the name Jake Edwards, the Central Coast producer joins the team at Trench Records. 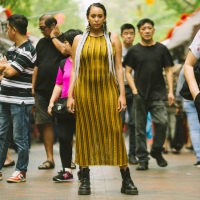 Premiere: Jamilla strips things back with Do You Feel Ashamed When You Hear My Name?The intimate new single is yet another display of the Perth R&B force and her consistent brilliance.
Electronic