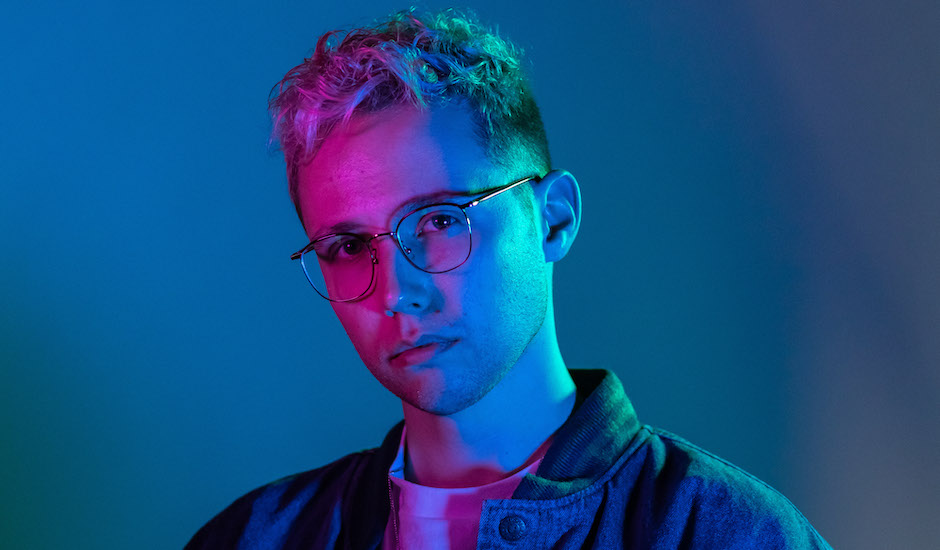 Over the last twelve months, we've spoken fairly intensively about homegrown pop and its rising presence in the national music canon, whether it's through artists like Thelma Plum releasing career-defining debut records last year, or artists such as CXLOE, who are striving towards career-best music of their own with single after single. It's an exciting time for pop music, and one of the biggest reasons why is the flow-on effect from the acts we've mentioned just before, with a range of rising, up-and-coming stars breaking out and doing something special as the attention turns to artists like CXLOE and wondering who might be next up.

These up-and-coming rising stars of Australian pop are ensuring that the future of the country's pop world lay in promising hands, and an artist feeling this moving into 2020 is Jake Marra. Introducing himself to the world with his debut single The Day That You Left, the Melbourne-based 26-year-old emerges as an act to keep an eye on in the new year, debuting a soaring pop sound amongst the country's most confident and unashamedly pop as he merges into a lane paved by acts including Troye Sivan and Ruel - two artists that have come to define the male edge of Australian pop music in the past few years.

The Day That You Left is a hammering, high-tier pop single that oozes with the cathartic energy of Robyn (the Swedish popstar's landscape-transforming Dancing On My Own came to define a decade, or two, of 'sad-pop' bangers), utilising a somewhat euphoric and glorious production as the backbone for vocals that twist and warp with something deeper, disguised underneath its joyous instrumental. "The Day That You Left is the product of all the failed relationships I’ve experienced in my life," he explains on the single, before going on to explain this exact sad-pop contrast that he's hoping to define locally in the year ahead.

"It focuses on the denial that floods in when somebody is no longer in your life and the harsh wave of emotions that comes with it. Whether it be a falling out with a friend, a break-up, or a death, most of us have experienced the feelings that come with losing somebody and I wanted to channel that into a dark, pulsating synth-pop track (produced and co-written by the brilliant Ben Oldand) that you can still bop along to while simultaneously crying your eyes out."

Dive into the track below and keep an eye on Jake Marra as he emerges from the darkness with brilliant pop music over the year ahead. In the meantime, however, introduce yourself to the rising star:

I’m a 26-year-old singer/songwriter from Melbourne, Australia. I started my journey on YouTube back in 2010 where I produced my own mashups of popular songs, then created a second channel in 2014 to showcase my singing ability. More recently, I’ve been performing at various venues/festivals as a member of Sunshine & Disco Faith Choir, and as a backing vocalist for R&B singer/songwriter JAYDEAN. I’ve recently shifted my focus back onto myself as an artist, writing and recording music constantly, with my debut single The Day That You Left being released on March 2nd.

It’s unapologetically pop. Heavy beats, pulsating synths, catchy hooks. Everything you’ve come to know and love about Pop music. Lyrically, I tend to gear towards my past experiences with relationships. In certain situations, I feel like I never got to say what I really wanted to. I was either too shy or too afraid of hurting someone, or getting hurt myself. Other times, I don’t think I properly dealt with the damage. I buried it and pretended it didn’t happen. Music is where I can lay all of that out on the table and not apologise for it. It’s my way of working through trauma. It’s my therapy.

Honestly, they can be frustrating at times. I’m a perfectionist and an incredibly insecure one at that. Sometimes, I’m so scared of having a bad idea that I just won’t write anything down. In my sessions with Ben (the amazingly talented man who produced and co-wrote The Day That You Left), he’ll look over at me and know that I’m sitting on a good idea and say “Jake! You’re doing it again! Just sing it to me!!” and once I finally do, there’s no stopping me and that’s when the real fun begins. We throw ideas back forth, he’ll let me write lyrics while he works on beefing up the production, I’ll jump on the mic and lay down some fat harmonies. It’s incredible. The rush of excitement you get when you finally hear your ideas coming together is like no other feeling in the world.

Can you tell us about your new single, The Day That You Left?

The Day That You Left is the product of all the loss I’ve experienced in my life. It mainly focuses on the denial that floods in when someone who was a huge part of your life is just gone, and the onslaught of emotions that follow that. Most of us have experienced the feelings that come with losing somebody. Friendships falling apart, breakups, divorce and even death. I wanted to channel that sentiment into a track that SLAPS. Think Dancing On My Own by Robyn. What’s better than heartbreaking, gut-wrenching lyrics over a hard-hitting synth-pop beat that you can still move along to?!

Nothing planned as of yet, it’s still very early days and I’m just excited to finally be in the studio writing and recording! If you look closely enough, you can catch me on stage with Sunshine & Disco Faith Choir throughout the year, as well as providing lush harmonies for JAYDEAN’s live showings. Hopefully one day I’ll get to embark on the tour I’ve always dreamed of!

I’m hoping to release one or two more tracks before the year ends, but apart from that I truly don’t know! I only just recently took the plunge and decided that I was going to release original music so it’s all new and fresh and exciting! You’ll have to wait and see!

The Day That You Left is my debut single, so you’ll just have to put that one on repeat! Although, I have left a few of my old YouTube covers up from back in the day. It’s a nice little trip down memory lane. I don’t want to pretend that part of my life didn’t exist. It was so much fun and it got to where I am today! 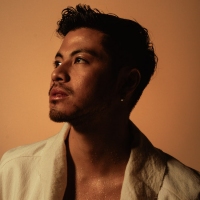 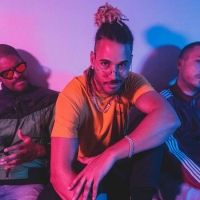 Premiere: The Goods team up with The Delta Riggs for new track, CassandraThe Sydney electronic trio will share their second record, II, later this May.
Electronic