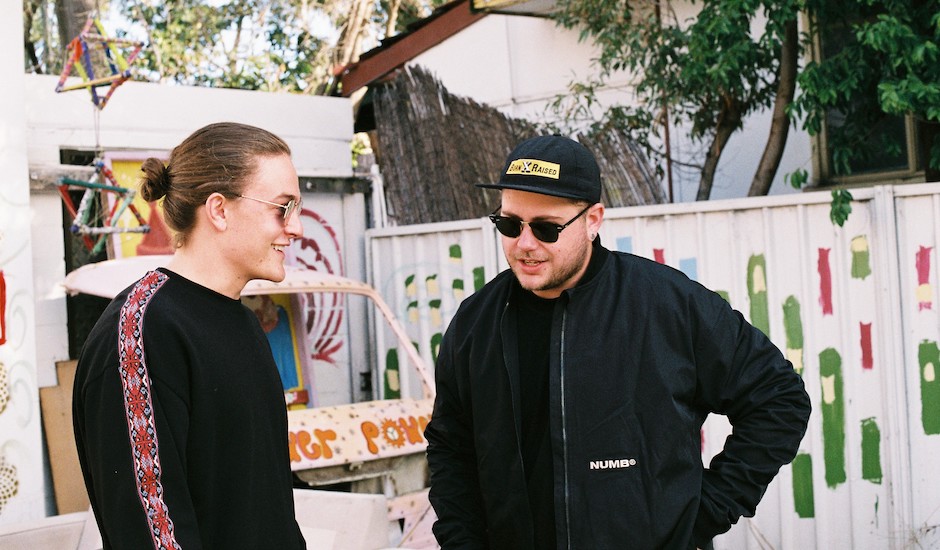 Posted By Bec Price 3 years ago

If there's one thing Perth has become known for this decade, it is for its bizarre and unique relationship with drum'n'bass. In a time where much of the scene is dying out, the west coast of Australia has always had a remarkably close connection with the genre and its high-BPM, high-energy intensity, gifting the world of some of the genre's defining acts - Pendulum, Shockone - amongst a class of producers and musicians pushing the sound into new directions with every release. Entropy, a recently-rising duo, are a pairing from the latter category, and their debut EP Luminary is showing you exactly why.

In the dictionary, Entropy is defined as a lack of order or predictability; gradual decline into disorder, and this is true to the local duo Darren Procos and Henry Gunson, with their production and DJ sets reflecting both chaos and genius. The duo are rising up in Perth hard and fast with show after show flaunting their DJ skills, and now the release of their debut EP, Luminary. The three-track EP is the first taste from the boys' drum'n'bass production repertoire and we chatted to them about the release, the writing process and why Entropy will definitely be one to watch in 2020.

Check it all out below, while you dive into the EP:

Both sharing a love for all kinds of electronic music, we are a drum and bass (DnB) and house production duo from Perth, Western Australia. We have been best mates since the start of high school, in which we found our passion for the same music. After many years of countless music discussions and all sorts, we decided to chase our own music in 2018 and Entropy was formed. We started DJing at various gigs around Perth, starting with a local residency at Mr. Lonely in Fremantle and slowly shifting into bigger DnB and house events. As we truly love playing both of these genres, we found it hard to agree on producing just one. We really wanted to cement our expression of love for both of these genres, and so the question was asked – why can’t we do both? It may be an unorthodox route to take, but we feel that this is the greatest reflection of ourselves.

As for DnB, we love every sub-genre without question. This was hard at the start of our producing journey as we truly wanted to dabble in each genre. It wasn’t after long that we both concluded that high energy dance floor DnB was the path we desired. It is artists like Pendulum, Sub Focus, Dimension, Culture Shock and many more that heavily influence our approach to our music production. This approach was further reiterated by the fact that we couldn’t stop playing heavy, high energy, dance floor DnB at all our sets. Now we find ourselves with a strong sense of direction in what sound we are trying to achieve.

This sort of sound includes high-paced hard-hitting drums, big basslines, and very, very memorable melodies and/or vocals. It goes without mention however that we are always discovering new sounds and processes, which we believe is an integral part of differentiating your music from the rest.

House has been more straight forward for us as we have always found ourselves heavily drawn to the sub-genre of tech house. At the moment we are still exploring different sounds and vibes that resonate with us. In terms of a general vibe, we are aiming to create house tracks that include punchy drums, heavy basslines, and catchy one-off melodies. Similar to the DnB, we love house that is heavy, progressive, groovy, and makes you want to dance. An interesting approach we are aiming to take with our future productions is importing and combining elements from other house genres, such as techno, and integrating them into our tech house inspired tracks.

Without really realising, we started our production process with Darren producing house ideas and Henry producing DnB ideas. We have pretty much stuck to this method ever since we started. This isn’t to say that we produce completely independently, in fact, both of us usually create an idea that is about 5% and then we both work on that one idea until we reach an end product which we love. We feel like this sparks a more creative and efficient workflow as we are feeding off each other in terms of ideas and motivation. As for vocalists, we haven’t worked with any in the flesh as of yet. Two tracks we have been creating feature some amazing female vocalists from the UK and Belgium.

Our next goal is to involve local Perth vocalists into our songwriting process so we can work on an idea together from scratch. Not to mention we also strive to collaborate with local Perth artists. We have upcoming productions with JOOJ, Austy and an amazing female vocalist.

This is our debut EP and it falls under DnB. We’re not really sure how it came about – each song started out as a small idea that we both worked on and it turned into something that we are proud of.

Komorebi reflects who we are as DnB lovers and the sub-genre of DnB we hope to achieve. It started as one melody, which is well-pronounced during the drops of the song. From this melody, we built punchy drums, a very space-like bassline and many atmospheric elements. We wanted to create a song that had quite an epic intro with the theme of a “space jungle”, and to do this we added a jungle soundscape, tribal chants, and the real vintage recording of a soldier trapped in a jungle. The general jungle theme led us to name the track “Komorebi”, which is a Japanese translation of “the light falling on the leaves”.

Clear My Mind started through the same process. We had a simple piano chord melody that we continually built around. This track consumed a fair chunk of our time as we were always unsure as to what direction we wanted to take, especially considering Komorebi was heavy and fast. We decided the piano would only sound good if we stuck to a liquid/ minimal inspired vibe. This is when we found the amazing Margot Pauwels (Margs) from Belgium, and she wrote and sung the vocals for the track. We found it hard to combine this song with Komorebi, however, we think it is a good reflection of our diversity of sound.

Lastly, we thought it would be really neat to include an intro track that would set the scene and ultimately lead the listener into Komorebi. We worked with the idea of two stranded explorers in an unknown environment. We aimed to make the dialogue sound as if the two explorers had found something completely indescribable and they are about to find out what it is – which leads the listener into Komorebi.

Any tour/show dates coming up?

We are also working on hosting some Entropy and friends summer events in February 2020 – but that’s all we can say for now!

At the moment – we have one main goal, and that is to keep creating great music. After this EP, we are not stopping and we aim to have our house-inspired EP released shortly= into the new year. After this, we both agreed that we will start pumping out lots of singles, working with local legends and growing Entropy as we know it.

There are no excuses! We are on every music platform possible, including Spotify, Apple Music, Soundcloud, Youtube Music, etc. We are very active on our social media pages in which you can always find what we’re getting up to, upcoming events, mixes, new music and much more. 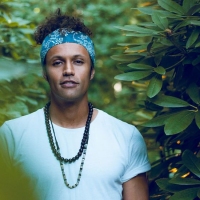 Premiere: Klue ends his 2019 with the video clip for his latest, Coming HomeThe sentimental video sees the Berlin-based musician, also one-third of True Vibenation, wrap up his big year. 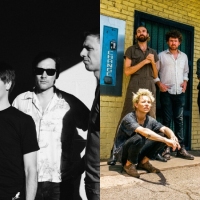