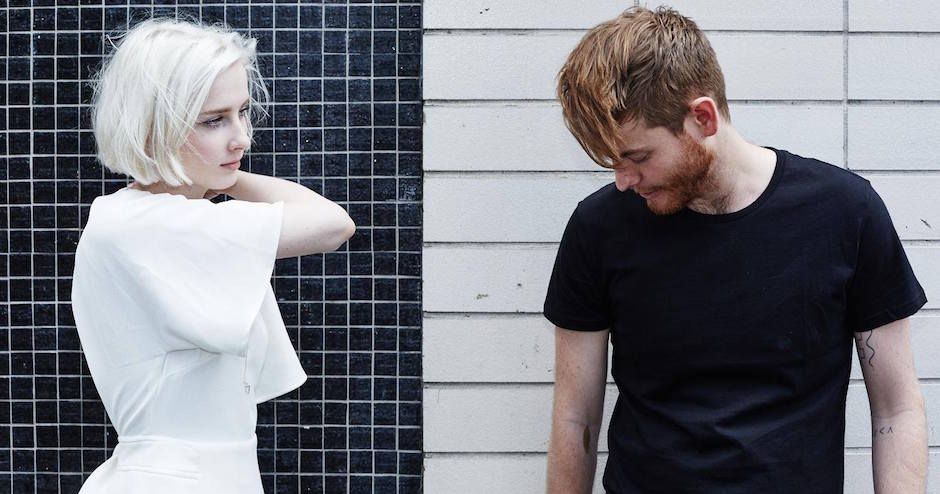 That Tuesday after a long-weekend break is the only time I think that Mondays aren't the worst day of the week. Luckily for you though, we've compiled a couple of relaxing, chilled-out tunes from some really rad electronic artists that we're vibing heavily with, to ease you with your post-long-weekend blues. Enjoy.

Hailing out of the Central Coast, electronic duo Chymes have shined with their debut single Oracle. The light, fragile percussion backing by multi-instrumentalist Cameron Taylor works beautifully alongside the dainty vocals from front-woman and vocalist, Kiersten Nyman. A nice nod to the band's name, Oracle is filled with lush bells and chimes, which sort of swirl around a light percussion-based backbone. The contrast of deep, dark lyrics and light, innocent production is something that works really well on Oracle, and something they promised will be a central feature of their upcoming debut EP, Grow.

Flying away from Australia momentarily, Little Boy is a stellar return to form by Norwegian producer Limbic Void. Taken from his forthcoming debut EP Lapdogs (out May 12), Little Boy is a slow-building electro-pop number that experiments with percussion undertones that mirrors an up-beat, more triple j-friendly version Bonobo, which Limbic Void uses layered with pulsating synth and his striking vocals to create a real retro-sounding vibe across the single. The single acts a reboot to the artist's sound, saying that when working on the release of his forthcoming EP, he "got tired of the dead-ends, so threw everything away and even changed the software I normally use just to force myself into some new habits, and Little Boy was the result of that first day of experimenting”. Here's hoping the rest of the EP carries this experimental, unique vibe that Little Boy showcases well too.

Almost a year ago now, we were introduced to Brooklyn-based producer Nerve Leak and his EP Disconnected (steam it HERE). Immediately charmed by his soft-spoken, almost James Blake-esque vocal undertones, it wouldn't make sense for us not to talk about DR34M5, his new single. DR34M5 carries that real atmospheric, James Blake sound within the vocals once again, this time layering it with a sultry, R&B-infused electronic beat that plays with backing vocal samples, airy synth and a real light percussion line. It's a spacious, quite dark cut from Nerve Leak, something that worked well for him on the Disconnected EP, so it's great to hear him use this unique feature of his once again on his returning single. Listen below.

Based out Alice Springs, a location we usually don't hear much from, Resin Moon has really hit a gold-mine with his new single Salt. A unique, largely-experimental number from the upcoming producer, Salt carries a really light, ethereal vibe with soft keys, vocals and a light, yet quite frantic percussion line all layering over each other to form something quite unexpectedly chilled. Taken from his forthcoming EP of the same name, Salt sees Resin Moon experiment with sounds largely unheard of across the Australian electronic scene, a factor possibly due to his isolation living away from the big cities where I feel a lot of this electronic sounds come from.

Despite it's name, Eh is anything but eh. Carrying a really soft, R&B vibe, Eh blends warped synth leads with snare hits and vocals to create a genre-sprawling single, which jumps within the realms of electro-pop, R&B, trip-hop and future-bass. It's a quite unexpected piece really, soft vocals and light percussion somehow transform rapidly into a sprawling, synth-dominated drop but despite the suddenness, it still works really smoothly. Eh is the third single from his upcoming 6-track EP A Crack In The Eyes, an EP I really hope carries this similar, genre-defying sound.

After a slow-building opening, Night Boat is a single that oozes with 80s electro-pop. It has that up-beat, synth-driven new-age sound but in a way that's more classical, or more retro, than most of the other artists using these sounds. The synth backbone of the single sort of drives along, chugging and chugging as vocals and more layers of synth build around it. It doesn't climax, but it never goes into a dull point either, it just sort of moves along, growing and growing as the layers build and build. Tagged with 'drowse-pop', Night Boat is anything but. It's upbeat and powerful enough to bring you in, but isn't heavy enough to make it an earsore - it just works.

Hitting the tail end of this article, we're starting to move away from the chilled-out numbers into more upbeat, brighter sounds to get your optimistic for the week ahead, instead of wallowing in sadness because the weekend's over. Spaces' new track Need You does this well. It carries this synth-dominated future-bass sound we've become swarmed to lately, but Spaces does it in a way that sounds fresh and new. Need You plays with light vocal samples and cuts that inject themselves into the synth-heavy drops and deep keys that float in the background of the single. Whilst it's not exactly 'chill', it's refreshing and easy to the ears, something that'll definitely help cure those post long-weekend blues.

TastyTreat are a duo we've featured before (we premiered their single For A Minute HERE), but their new single Simple Things is too good not to fit in here. Again following up on Spaces' Need You with the less chilled-out, more optimistic sounds, Simple Things plays with light, refreshing vocals by Choice, which blends with soft keys either side of largely synth-dominated breakdowns. The lyrics "It's the simple things in life, come on baby let's ride" really carries this optimistic sound that I was talking about earlier, it distracts you from that weekend just gone, and as you feeling happy and excited for the weekend ahead. 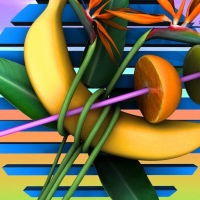 Listen to L D R U's newest banger, Next To YouA warm, summer-vibing new single, with a hook almost as catchy as his earworm Keeping Score. 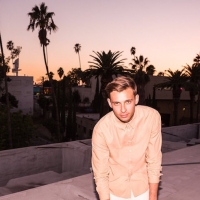 What we've heard so far, and what's to come from Flume's upcoming album, SkinA look at what he's released so far and what he's yet to release.
Electronic