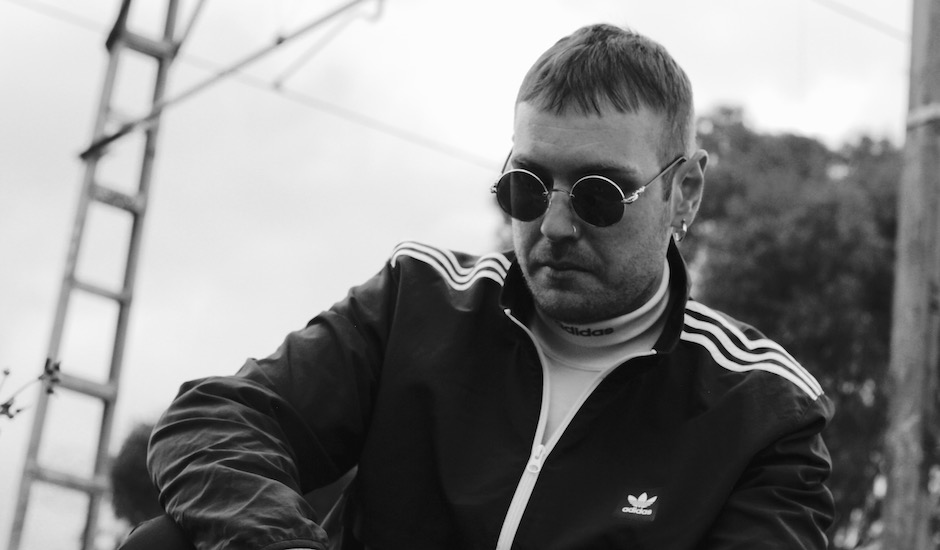 There's a lot of power in collaboration, and someone who perhaps knows that better than anyone else is James Crooks. The Newcastle-raised musician is somewhat of a powerhouse when it comes to collaboration, working with acts including RÜFÜS DU SOL, Bill N Eso and Thelma Plum behind-the-scenes, while tracks alongside ASTA and Paige IV (aka international songwriting powerhouse Sarah Aarons) dot his back catalogue. Today marks the arrival of his debut EP Blame My Soul and it's a release built upon his collaborational approach to songwriting and production, with the multi-instrumentalist teaming up with a horde of guests, some of them among Australia's best, for a six-track EP that affirms his position as one of the country's most exciting.

There's LaLaLa, a soaring, hook-filled EP-lead featuring the summer-soaked vocals of Dives, while Blame My Soul, featuring fellow artist-on-the-rise Tyne-James Organ pulls things back a little, uniting soft, shimmering synth chords with Organ's emotive vocal. An updated version of Naturally feels like a masterclass at slick songwriting - and how could it not, featuring Sarah Aarons on vocal duties - while L D R U collaborator BOI and others are spread across the other songs. "If it wasn’t for music I would probably bury a bunch of feelings that are important to express," says Crooks on the release, pointing to LaLaLa as an example later on. "The chorus represents a care-free message as if someone was telling you to do something correctly but you don't really see their point. LaLaLa represents a positive response to a negative with a little tongue and cheek."

Take a dive into the EP below, with a track-by-track walkthrough from James Crooks himself underneath.

LaLaLa is about being positive all while knowing you can still make mistakes!

The song began over a discussion I had with my manager. We talked about working with an indie artist but someone very different and a little more abstract. He knew this Sydney based artist called Dives and hooked us up with a session. There were a lot of dad jokes and a lot of jungle vibes on the beat. Dives and I mostly focused on the production, trying to capture the vibe by using plucky marimbas and surf driven guitars. We tracked a rough idea for the vocals... then a few months later we tracked the vocals back and forth over the net to speed up the writing process, then Dives called me with a crazy idea of really simplifying the chorus! He sung it to me over the phone and I instantly loved it.. a few weeks later I flew him down to Melbourne to track the final vocals at the home studio and bob's ur uncle.

Blame My Soul is about ruining opportunities that have been given to me in my life, regretting stupid decisions and not taking the better path.

This song came together naturally. I was staying with Tyne-James Organ, on a writing trip I had in Sydney and on one night Tyne and I started to play around with some guitar riffs and production. We didn't really think much of it at the time.. but the session went on pretty late and eventually we finished the song and the chorus lyrics came so fast to me... I wanted something really direct and simple to describe exactly where I was at. The song came together so organically that I knew straight away the track was going to be the single on my EP. I love it when stuff like that happens...

Naturally is about finally realising something isn't working, mostly related to a personal issue you might have.

I started the song in my bedroom three years ago - the first song I ever really made as James Crooks. I was playing around with some ideas, but nothing really stuck, except this piano melody I had and grew up learning on a one string guitar. I taught myself how to play drums, guitar and keyboards - so it was very scary to actually work on a song. I got the basics down and showed my housemate (now manager) and he loved it. The next week I went to a music writing camp and I met Sarah Aarons who is now a prolific songwriter in her own respect. Sydney Producer Paul Conrad was part of the writing session too, and we all got along so well we became good friends. Sarah would stay at my house on her writing trips to Sydney and turn into my little sister at times! One morning I showed Sarah the beat I was working on for Naturally over breakfast, and she instantly had something for it. She recorded her vocals in her pyjamas in six minutes. I took my song to Paul Conrad to flesh out the production and it was done!

Break You is about being with someone or having someone in your life that you're hurting.

I wrote this song with a good friend Sam Phay who I previously met and worked with at the APRA AMCOS writing camp in Sydney. Sam has an incredible voice and it wasn't long in that session before I knew that we could write a great indie pop song.. a few months later we got together again at my home studio and started on the production to get creative juice flowing. The hook came to me almost instantly and once I sang it to Sam, he was like "I got you bro..." and he absolutely smashed his vocals. We had the foundation for the track within three and a half hours. The session ended and we took time to reflect on what we'd made. I gave it some time to breathe and called up my close friend Jon Reichardt (Bliss N Eso, Hilltop Hoods, Boy and Bear and Chance Waters) to help flesh out the beat. We already had everything, but I wasn't 100% satisfied until I had a fresh set of ears to add the finishing touches.

Made Me is about being undermined by someone who always drags you down.

This song happened so fast and organically. I wrote this song with BOI, who is one of my best friends. She's absolutely amazing at what she does. BOI came over to jam brought some lyric ideas with her and I fell in love with her melodies... She was going through some stuff at the time, which I guess came out in the music and I could totally relate to her story given where my life was at the time. It was an emotional journey; this song was good for both of us.. We wanted to make something different and a bit understated but still have a raw message and vibe. Once we were happy with it, my manager organised a session with Chris Collins (SKEGSS, Gang Of Youths, Tigertown) to help out the production and additional songwriting. It was about 95% done, but it needed that extra push to realise the final vision.

Move On is about moving on from something that wasn't the right scenario at the time, moving on with a positive side.

The song started with a melody idea I had. I actually produced it in bed, a few days after Christmas. I wanted a male vocal on this song and am a huge fan of Coast & Ocean and called my manager to see if he would be keen write together. It was great timing because Coast was touring so when he was in Melbourne we tee'd up a session. I showed Coast the beat and he instantly loved it. He sat down with a beer and a reheated microwaved dinner from last night and focused on writing. I was loving his melodies and ideas... so we tracked his vocals and then I wanted to sit on it for a little bit -  mostly just to reflect and make some tweaks to the production. I decided to bring in a close friend and producer; Jon Reichardt (Bliss N Eso, Hilltop Hoods, Boy and Bear, Chance Waters) to get involved on the production as well. I'd worked with Jon in the past and knew he could add some garnish to the song and get it to its full potential... 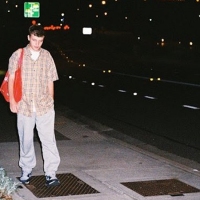 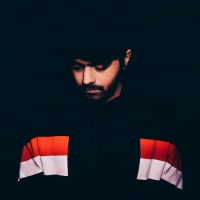