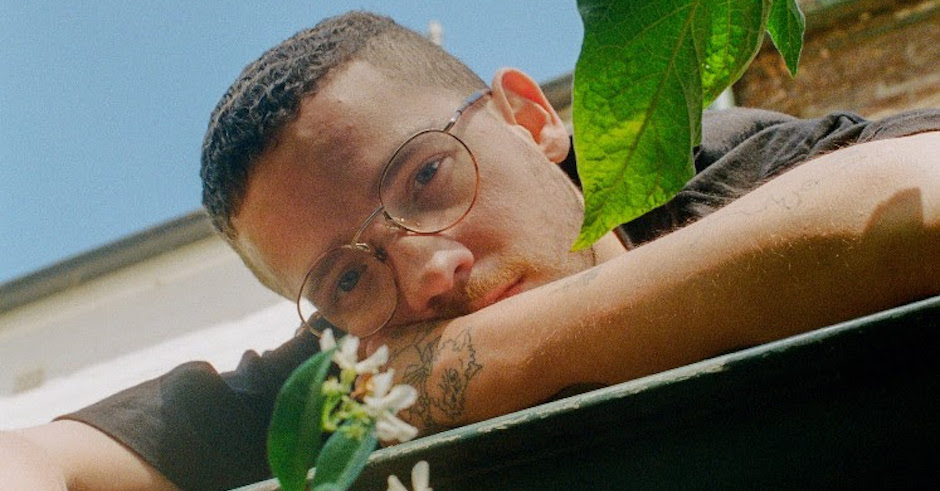 Introduced to us through his stirring Banoffee collaboration Chrome Halo, Melbourne's HTMLflowers – real name Grant Gronewold – has just unveiled his debut album of the same time and it's an incredibly diverse, expansive and personal release. Across the album's collaborator-heavy, eleven song tracklist, Gronewold aurally details his journey and struggles with Cystic Fibrosis through raw and intimate lyrics from both himself and close friends such as Collarbones' Marcus Whale, Banoffee and Oscar Key Sung and warping, genre-diverse productions, which swerve between sounds and genres. It's an incredibly touching release, with Gronewold using the album to voice his frustrations at healthcare systems in place both here and in the US, ableism – society's discriminatory view on people with disabilities – and other topics personal to the singer-songwriter, making it so much more than just another collection of sounds and stories.

Chrome Halo opens in the hip-hop frontier, with thick 808s, clanging percussive hits and Gronewold's own vocals taking up the album's first three singles – Cicada, the raw and powerful God On My Hitlist, and Choke Chain. From there, however, the album really evolves and grows. Frost Rose and Chrome Halo both feature Banoffee's haunting vocal line (with the former also featuring Marcus Whale's typically gracious vocal charm), distorting your characteristically safe pop-ballad and warping it with thick autotune and experimental electronic productions which continue to creep into the album's next single, Non-Compliant Patient. Friends Like That is a guitar-infused duet between Sui Zhen's light vocals and Gronewold's more raw, hip-hop-leaning side, which make an appearance once more on the album's second last single Real Mom.

HTMLflowers can pack a real punch in a short time, and Chrome Halo is the perfect demonstration of this. Across the album's short, 35-minute duration, the Australia-via-US musician showcases a wide array of sounds which are all executed spectacularly, proving that he's that step above being a jack of all trades. It's quite a sombre and harrowing release, somewhat expected due to its personal themes and Gronewold's style of expressiveness, but the refreshing, light shading across most of Chrome Halo's singles – typically through soft female vocals or airy synth – give us hope that everything might just be okay, and if it isn't, we should be touched that Gronewold has shared his journey with us and opened us up to the themes and stories that are often left untouched by music.

Legendary Icelandic musician Björk is set to return this week with her ninth (!!) album Utopia, and before its sudden, surprise release, she's shared the album's twinkling latest single in Blissing Me. Co-produced by frequent collaborator Arca (who has heavily contributed to the production and writing of Björk's recent albums, or inspired Björk in her own writing), Blissing Me is a hauntingly beautiful new single from the inventive and captivating musician, with her characteristically soft and fragile vocals floating alongside a building instrumental heavily based around glistening piano melodies and vocal layering which seems to grow and evolve as it continues. Scheduled for release this Friday, Utopia promises to be a lengthy and expansive record from Björk, who promised in a recent New York Times interview that the album is a sweet gift of optimism to get us through the Trump era.

Oh Boy's returning single Love Me Right is also an optimistic and inventive affair, but in a much more approachable and radio-friendly matter in comparison to Björk before him. Linking up with emerging Melbourne name Sam Bluer, Love Me Right is a bubbly slice of electro-pop that is packed full of Oh Boy's fun and playful production character, with glistening synth melodies, clapping percussion and slick sampling all coming together with Bluer's bright and friendly vocal charm. It's a really captivating release in that it feels really warm and inviting, particularly with Bluer's vocals, which are no doubt going to stir up a storm and put him on some 'ones to watch' lists coming into 2018.

Across singles including Love Is A Lonely Dancer, Dust, and their recent collaboration with Motez, The Future, Australian/UK up-and-comers Antony & Cleopatra have had their fair share of gold. Twitch sees them hit it once again but in a more clubby setting, taking ahold of their house roots and really amplifying them for their bouncy return. Released ahead of their upcoming Australian shows with the Alison Wonderland Scarehouse Tour, Twitch combines catchy vocals with plucked synth melodies and punching bass for a house track which packs that fun vibe that makes the basis of Sofi Tukker's instantly enjoyable productions, and although it's a bit of a different sound from the duo, it works really well in their favour and I'd definitely be down for more of it soon.

Diplo - Get It Right feat. MØ

Diplo and MØ make magic together. She collaborated with Diplo's Major Lazer project for All My Life, Lean On and Cold Water – the latter two becoming two of the most popular songs of their years, with the Diplo returning the favour to produce one of her biggest solo singles, Kamakazi. Now they've collaborated again, with MØ donating her radio-friendly vocals for Diplo's latest track Get It Right, which arrived with Major Lazer's new documentary Give Me Future. It's another care-free and uplifting track from the EDM power couple, with MØ's now well-known vocals floating above a drumming Diplo production which is incredibly slick and clean, only teasing Diplo's once-heavy production style in the single's championing, synth-driven breakdown.

Perth's Worst Critic has proven to be one of Perth's most exciting rising names, recently catching our eye with his quick-paced single Be My Bae from around this time last year. Gone (VIP) is his latest, and it's an ode to the synth-saturated pioneering days of future-bass, primarily led by names such as Rustie and Flume – the latter of which recently celebrating the fifth birthday of his influential self-titled last week. Gone (VIP) is a club-ready version of his recent single Gone (his first featuring his own voice), and does a pretty good job at summarising everything that was good about this era too, combining quick-firing percussion and building melodies with vocals samples and charging energy which relentlessly drives the single's saturated breakdowns. Just take us back to bloody 2013 already. 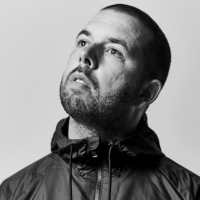 Jack Grace releases sombre new single Us, announces new EPHis new EP If I Tremble will be out early 2018 through Of Leisure. 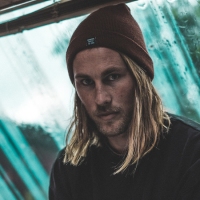 Premiere: Watch the emotive new video for Dalli's debut single, Who Are YouHe plays his last show of the year this Wednesday at The Workers Club.
Electronic