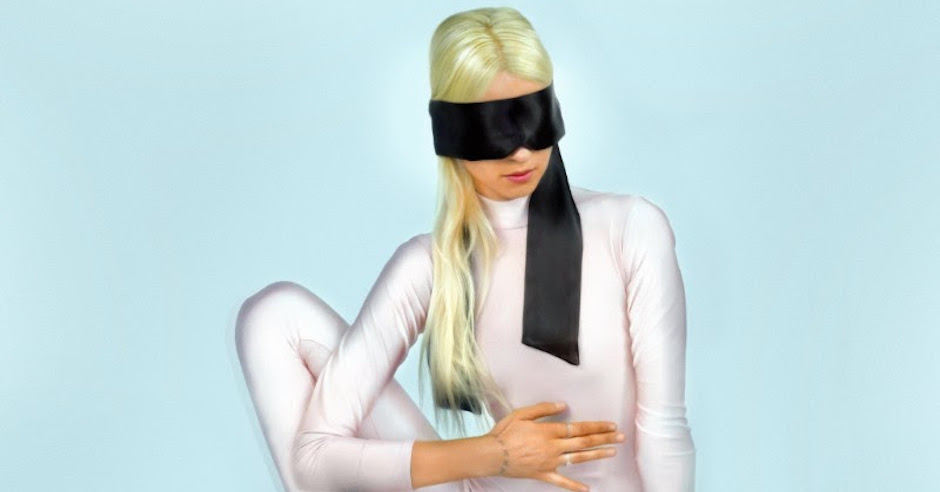 When it comes to releases, Banoffee's work is sparse and few-between. However, they're also all incredibly good. After teaming up with constantly forward-thinking SOPHIE for her 2017 single Ripe, the LA-via-Melbourne musician has been fairly quiet on the release side since, spending much of her time touring with Charli XCX overseas (including her arena shows supporting Taylor Swift, which is absolutely huge). Muscle Memory is her first single since and therefore her first of 2018, reminding us why she's one of the country's most inventive and boundary-pushing with an invigorating and experimental returning single. Dropping the abrasiveness of Ripe in favour of a production thicker and more spaced-out, Muscle Memory is a bold and dynamic that constantly shifts and warps, with Banoffee's dark vocal hazily pacing between the single's thick production that twists and turns between bass-heavy and deep right through to light and colourful within seconds. "Muscle Memory is about living in that phantom realm, where your body still feels in two places at once," she says on the single, which comes with the hint of more before the year's end. "I wrote it to capture the feeling of when [you] touch someone and suddenly remember every point of contact you’ve ever had with that person. At a point of true sorrow in my life, I wrote Muscle Memory as a plea for one last glimpse of a something that was long gone."

After relaunching her solo project with the dynamic and genre-bounding Ego, LA-via-Perth musician Kito has constantly kept us one our toes with a range of expansive and versatile singles - each displaying the producer's tantalising production work and vocals as she teams up with special guests. After the collaboration-heavy Strawberries came with the announcement of her upcoming HAANI EP due later this year, she's just delivered the release's next tease with Creature Kind - a percussive and experimental slice featuring NZ favourites Broods. Opening with a chiming synth line and crisp percussion section that forms the single's percussive backbone, Creature Kind is a bit of a more approachable shake-up in comparison to her more experimental and left-field work thus far, uniting Broods' bright and recognizable vocal with a production that is both thick, yet relatively restrained - allowing Broods' vocal to cut through and breathe a little. The full EP, which includes further collaborations with people such as Hudson Mohawke, is out v-soon, and it's shaping up to be a good one.

You don't have to look very hard to find us gushing about the experimental brilliance of both Swick and Kota Banks. After the Sydney producer aided Kota with her break-out single Holiday and all her releases since (such as the brilliant and diverse mixtape PRIZE), Decisions sees them re-link up again but with Swick in the centre stage, with his signature synth stabs and swelling bass kicks leading the way for Kota Banks' pop-centric vocal to come in and add a refreshing touch. Following on from his Nina Las Vegas-featuring 2018 debut Hydration and the grimey, Merky Ace-featuring 1000 Shots earlier this year, Decisions is the next taste of his forthcoming Court Composer mixtape - a release that when out later this year, it sure to showcase every facet of Swick's brilliant, experimental and ever-evolving songwriting and production mind, from the thick grime of 1000 Shots and 2016's Ticketz right through to the R&B-infused, pop-centric sound he creates with artists like Kota Banks.

If you're not yet on board the Silk City train, Electricity will do it. The latest single from Mark Ronson and Diplo's nostalgic-house project, Electricity is a masterclass at the brilliance of collaboration, with Mark Ronson and Diplo teaming up with one of the world's current biggest popstars Dua Lipa for a piano-house epic that was written with The XX's Romy Madley-Croft and Diana Gordon - whose name has popped up on a couple of low-key releases such as Beyoncé's Lemonade. Uniting Dua Lipa's captivating vocal with a piano-backed house beat that is as upbeat and groovy as it is catchy and replayable, Electricity is an ode to the house and disco of the 70s and 80s - particularly that from Chicago - and one that'll no doubt pick up a lot of steam as we head into the warmth of the summer. Having already collaborated with Daniel Merriweather, Mapei, GoldLink, Desiigner and now Dua Lipa, Silk City's forthcoming debut long-release is set to be a showcase as the brilliance of collaborative songwriting - something Diplo and Mark Ronson no doubt know best through their dozens of respective projects.

Rounding out a particularly collaboration-heavy column this week comes Just A Gent, who continues his rise as one of Australia's premier producers with a curve-balling, hip-hop-focused collaboration with Perth's T$oko. In a bit of a shake-up to Just A Gent's notably heavy sound, VIBE keeps this relatively on the back-burner, with Just A Gent instead producing a more subdued production that warps and grows underneath T$oko's vocal - which definitely takes centre stage. That said, it's still got that classic Just A Gent break-down, with the single's hip-hop-centric production falling away in favour for a synthy drop towards the middle and again towards the end. "I had so much fun making VIBE. I've never worked on an original track with a rapper before and after this one, I cannot wait to work with a rapper again," Just A Gent says on the single. "T$oko is next level and took this track to a whole new place." Just announced as a part of this year's Nicki Minaj-topped FOMO Festival, VIBE is the latest from Just A Gent's forthcoming new EP http://EP, which arrives in November. 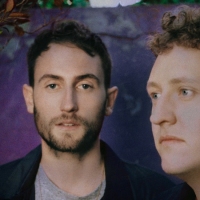 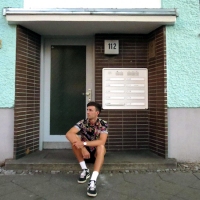 Introducing Perth's Jafunk and his groovy new heater, One On One feat. Aaron PfeifferThe Perth-based groove merchant knocks his latest single out of the park.
Electronic