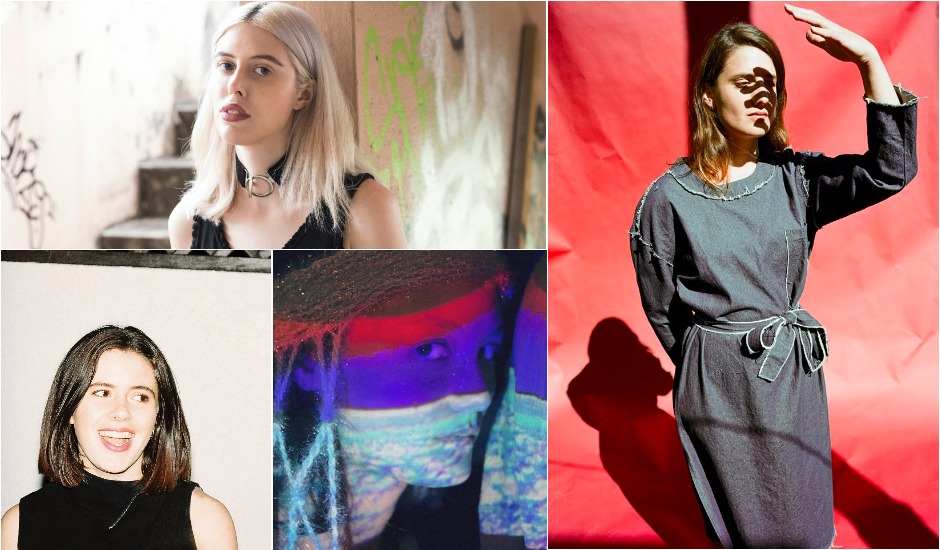 Last week saw the announcement of a most excellent night of women in music at Freda's in Sydney on Thursday April 27, featuring a screening of new documentary, Play Your Gender, exploring the question "Why aren't there more female producers?" along with an awesome Women In Electronic Music Showcase, hosting Andy Garvey, Heart People, P Twiggs and Vetiver (formerly Moon Holiday). To get you primed for the show, we hit up those four artists to talk a little about their inspirations, along with the (hopefully) changing face of equality in the music industry:

I can’t pick an exact moment at all, but I've always been a collector of music. When I was young I used to get CDs for easter instead of so much chocolate and as a teenager my iPod was always out of space. That’s one trait that’s always stuck with me I guess is one of the main reasons I decided to work in the music industry. There are many people I look up to for many different reasons, from Beyonce to Bradley Zero and producers like Peggy Gou and Avalon Emerson - there are so many amazing creatives in this world that I keep tabs on to make sure I keep learning new skills and keep trying new ideas.

I think people are very much aware of gender representation (and lack there of in some instances) then they were even just 18 months ago. Social media has given people a platform to be able to call companies/promoters out and I think that’s turned heads on all fronts. Promoters can no longer slide under the rug with all male line ups. It’s obviously a complex situation but over time as more women involve themselves in the music community, be it as an artist or in a programming role, I do believe there will be positive outcomes for gender representation across the board.

I think it comes down to being a knowledgeable promoter who’s connected to your local music community. Throwing a party to highlight the creative efforts of people around you whose music you honestly love and want to educate/share with the people you bring into your space. Sexism exists, and there will always be promoters who don’t understand the importance of gender diversity. But it’s important to keep the conversation flowing and educate those who mightn’t have taken the time to think just yet :~).

I've always seen music as a means to express myself, even before making it. Therefore, it's always been a creative outlet. Producing for me was almost an unconscious step in directing my creative energy. In terms of inspiration, to be honest, I can't really narrow it down. I've loved and admired so many different genres and artists and I find each one marks a time and place in my life. My productions draw on references of popular culture from films, TV shows, games and anime.

I suppose just not succumbing to the pressure to make something that's heavily influenced on current trends.

Yeah I do. I've noticed a major rise of female DJs and producers, as well as support networks and groups for women - international networks like Australia's Listen, New York's Discwoman and London's UNITI.

Bookers should stay aware of current artists, both emerging and established, and book artists they sincerely like not based on who they think will look best on the bill.

It's not the fact we need more women in the industry, it's the fact women should be able to choose (equally) what industry they'd like to be in, without it needing to be justified.

I’m very new to making music - Heart People is the first and only musical project I have been a part of. It started when Ryan (other half of HP) asked me to try some spoken word over some what he was working on with Canyons at the time. Canyons had often used non-singers to do vocals over their work. Experimenting like this eventually evolved into what we are doing now. I didn’t really know a lot about worldly or popular music because I grew up in a commune and it was relatively closed off. Ryan introduced me to bands such as the KLF, Eurythmics, the Creatures, Kissing the Pink... and we explored from there.

Until Heart People I have been known mainly for working as a fashion model. There are a lot of stereotypical reactions when female models embark on a new career that isn’t within the fashion industry. It’s not surprising when they become designers or stylists or photographers, for example, but it can be tough breaking the ceiling in other creative or media-focused work. I think this is because the fashion industry receives and creates so much media attention that exposure for the individual can go wide and far very fast. You get locked into what other people think they know about you, which is primarily based on your physical appearance, and you’re that girl. It has at times impaired people from letting my part of the work speak for itself, but i do feel that is changing for me now.

In the case of creativity, for me it is always about what is being presented, not who. The quality of the work should be the focus.

Because we are sick of inequality in any industry. Because there is so much more that will get done once this is no longer a question.

Even though it's been (one of) my careers for a long time, lots of people think if you're an artist you should be thankful to even be paid for what you do. As though all you have to do is show up and play. I do feel that goes more for women and anyone who's a singer as well. Also I'm not one to take shit and I'm sure I've burned bridges here and there by being too...direct, let's say. Not much stops a man who's on a roll though, and we've seen plenty of scumbags make it big despite much worse.

Yes, but I'm quite sure that's a lot to do with our privilege. I'm also not sure how genuine it is anyway! You see lots of music biz stuff touting 'gender equality' messages on social media but they probably wish they could go back to the good old days (i.e. pre-2010).

What's the key to avoiding the pitfalls of tokenism/quota-filling when it comes to booking lineups?

It's not going to be overcome unless the entire landscape changes. Profit is still king in the mainstream, especially for live events. Pushing something/someone new and different is a risk. As a punter, if you want to go to events with good representation you've gotta go smaller and local at the moment.., usually this is more enjoyable anyway.

We don't just need more women, we need more trans people, more people of colour and it'd be great to see proper programs and funding for artists without money behind them. This is crazy optimism, and it requires lots of people engaging in politics who don't already, but it's worth doing because so much is missing without proper representation.

Check out the trailer for Play Your Gender, below:

Head HERE for more info and tickets and follow For Film's Sake on FACEBOOK to find out about other events happening in Sydney focused around females in film. 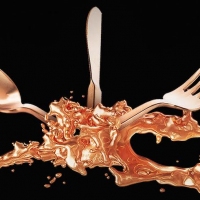 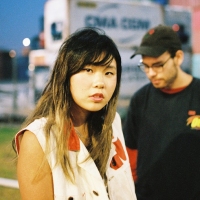 Leisure Suite return with introspective new single, Don't WaitThe duo have a swag of new music they're itching to get out there.
Electronic