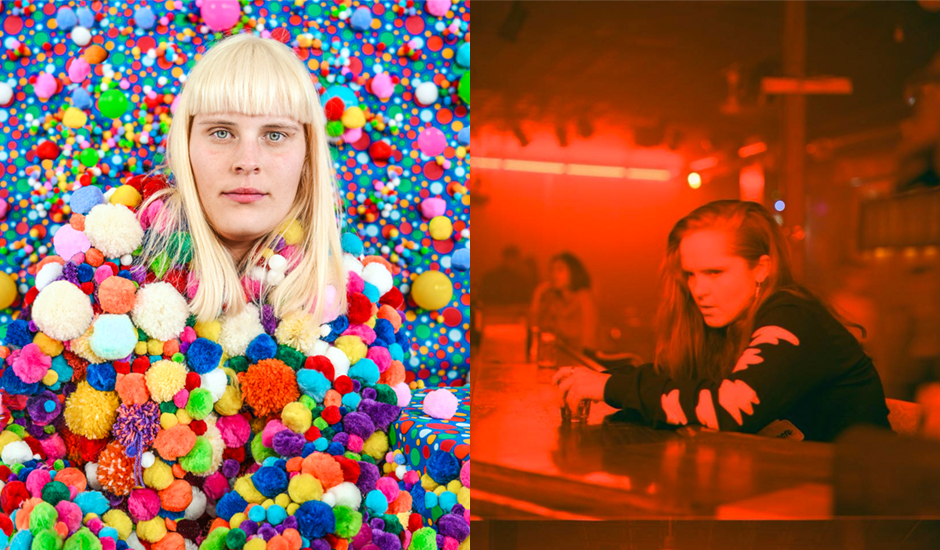 While they occupy two very different spaces in the music realm, Alice Ivy and Flint Eastwood have both become two of our favourite acts over the years. The former's debut album I'm Dreaming, released last year, introduced us to a multi-faceted Melbourne multi-instrumentalist who is easily one of the most talented in the game, layering samples, melodies and guest collaborators to give this woozy, Avalanches-comparable sound. The latter, however, has presented herself as a dominant force in the US pop scene, uniting gripping vocals with triumphant instrumentals that cut with this left-field experimentalism, something that really comes through on her October-released mixtape THIS IS A COPING MECHANISM FOR A BROKEN HEART. Close To You, a new collaboration, sees the strengths of each respective artist meet for the first time, with Alice Ivy's chiming, percussive production acting as the perfect underlay for Flint Eastwood's upbeat and bright vocal, which soars over the top.

It's a really uplifting single that doesn't feel too much like an Alice Ivy song nor one from Flint Eastwood. Instead, it finds that middle ground, from those punchy synth stabs and woozy melodies that come just before the chorus' climactic hit, to the way Flint Eastwood's vocal twists and turns alongside the production, ranging from subtle and subdued to triumphant and festival-ready. It arrives with more to come from both parties in 2019, as well as a national tour for Alice Ivy that'll see the talented performer return to the live circuit once again (dates at the end of this article), so to celebrate, we got both Alice and Flint to flick each other a couple of questions, which you can dive into while you listen to Close To You below.

If you were stranded on a deserted island and could only listen to one album for the rest of your life, what would it be?

It would 10 of 10 be ABBA Gold. I love ABBA so much and I love Australia so much. Someone recently informed me that Australia was one of ABBA's biggest markets. I love them. OMG, the song SOS is fantastic. I will say tho; I can't stand Pierce Brosnan. I don't like him. In the cinematic masterpiece Mamma Mia he decided to take the role of the human that sings SOS and totally butchered it and I feel like we still need some redemption

What’s your favourite piece Australian slang you've picked up since touring here and why?

I really enjoy the term ‘keen’. Someone said to me ‘keen as peanut butter’… no ‘keen as mustard’ and I thought that was so wholesome. Wholesome is also a good word that you guys use. I love Aussie slang is just putting an 'ie' on the end something like 'pokie' for poker games. You guys just like to make everything adorable. I love it.

If you could time-travel would you go to the past or the future and to when? How come?

The first show that comes to mind, simply because it was a fantastic learning experience was when I played in Tempe Arizona with a hip hop artist called T-Pain. I had a shaved head at the time and the moment I stepped on stage, the audience began to boo and did not stop booing until the end of my set. No, what I did they would boo and no matter what I said they would boo louder. They didn't a f*** about the songs I was singing. I just wasn't T-Pain. And that's a good lesson for life. You’ve got to know what you want from life and you’ve got to demand it

You're at a wild party and it’s going OFF. Someone gives you the AUX cord and asks you to cue the next song. What do you drop?

Wow, that is a big responsibility. My immediate thought is, what kind of party is this? Is it frat kind of party or is it indie kid part? Are there all girls there or all boys? What is the gender ratio at this party?

If its a party full of indie kids I’m going to play - M.I.A - Paper Planes.

And I'm going throw in Beyonce Drunk in Love because I'm the kind of person if you throw me the aux cord I'm keeping it for a few songs.

I love this question so much, because as an artist its very easy to get all encompassed in what you’re doing and very easy to live in a word to only exist with music and that's all. I have taken the plunge into having a life outside of music and one of my main goals is to take a pottery class because I want to make something that has nothing to do with screens and something I can be proud of at the end and give to my nephews. Wish me luck.

If you had a useless superpower, what would it be (e.g. always having exact change when buying something)?

I think knowing the exact amount of minutes it will actually take me from point A to B would be extremely helpful in life as I'm so sick of always being either early or late and never actually bang on time.

If you were a bulldog running effortlessly through a field, would you choose to pee on a flower or a tree?

I would definitely choose to pee on the biggest tree in the whole field.

The world is constantly changing, growing darker in some places and lighter in others. Each person’s experience is utterly different, and it can be impossible to feel like you're making a change for the good in the world. Sometimes, I find it hard to reconcile my choice to be an artist in all this mess. Anyways, what’s your favourite type of pizza?

Ok so lately I've caught onto Hawaiian pizza, is that just a thing in Australia? I've never been a fan of pineapple, but there's just something about a reheated piece of Hawaiian pizza the next day that gets me. My go-to growing up was always Margherita though, and I would ask for some olives on top too (cos I'm fancy like that).

What is your favourite memory while standing on a rooftop?

I LOVE rooftops and seek them out all the time but I'm gonna talk about two different memories just because I can! Celebrating my album release day on a rooftop with all of my friends last year in Melbourne was amazing, but also having a pizza party with some friends on a rooftop in Williamsburg New York a couple of years ago was also pretty darn cool.

Is Keith Urban a meme in Australia?

Keith Urban is royalty in Australia. How dare you!

If you could change your own name, what would you change it to?

To be honest, I'm happy with my personal name, it's very German, and unique, and I know that I'm the only person in the world with that name! I changed my stage name to 'Alice Ivy' so I get to escape my personal name through that. 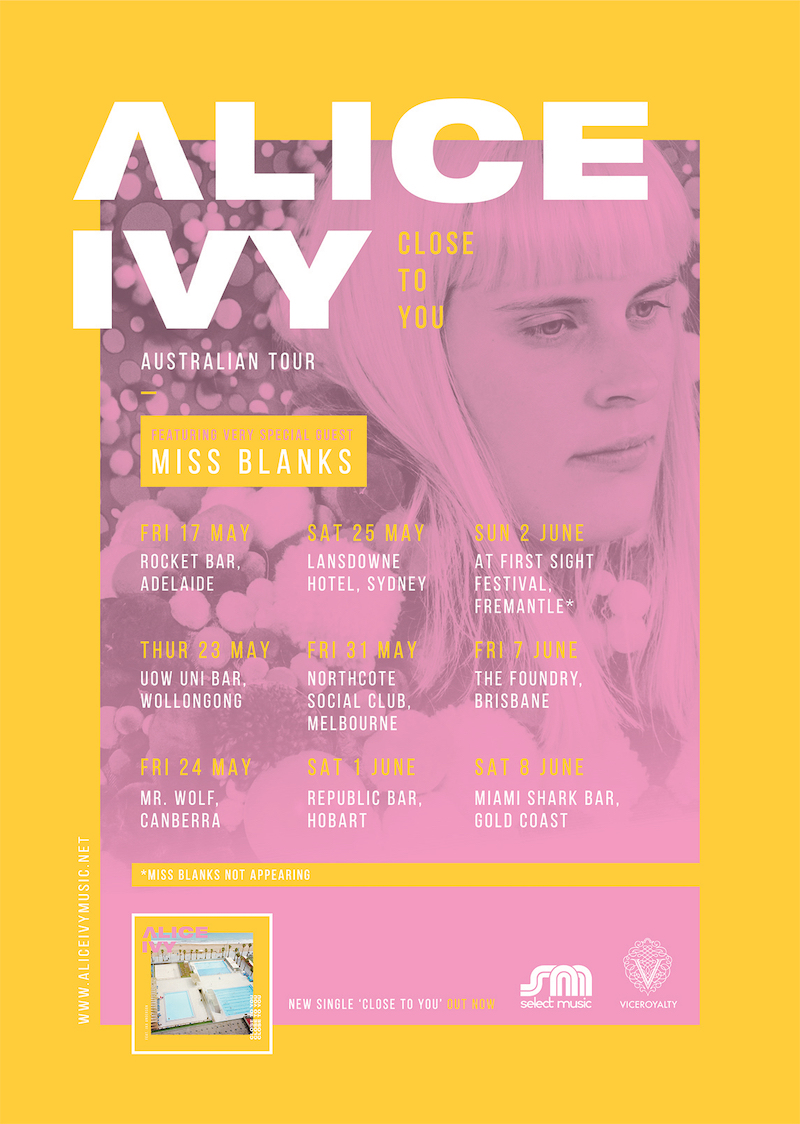 Winterbourne drop the clip for Take The Golden ahead of AU tourThe Central Coast duo will be touring some brand new material around the country this April. 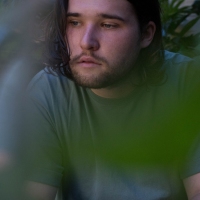