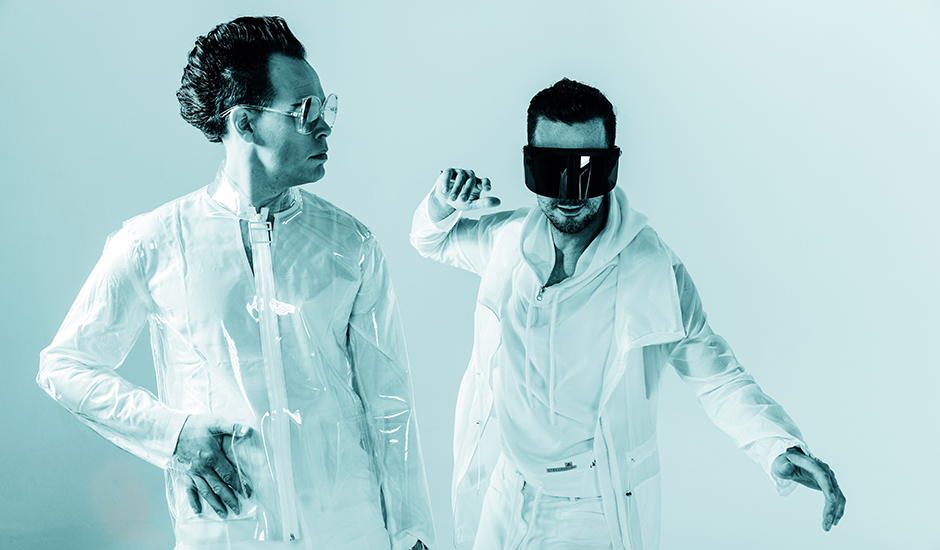 One of 2021's most exciting new projects comes in the form of H3000, a new collaborative feature between Empire of the Sun frontman Luke Steele and behind-the-scenes super-producer Jarrad Rodgers. Unveiled through its debut single July Heat in March of this year, the project has been a forward-thinking display of experimentalism from the get-go, capturing the creativity and musicianship renowned from two of Australia's biggest musical exports, and bringing them together with a world-building vision that's unlike anything else we've heard this year.

Since March, the H3000 story has been one that's gradually unfolded, revealing more and more layers as it does so. In May, they unveiled their second single Running, and deeper explored the project's greater, otherworldly universe via visuals produced alongside design studio Collide, painstakingly built through the gaming software Unreal Engine. June's Human Heart, July's Flames and August's Thought You Knew pulled back further layers, depicting the left-of-centre production at the heart of the record, and the intimate and often wide-eyed lyricism that brought it all together.

Today, however, welcomes the arrival of H3000's debut album, and with it, the signature piece of the greater project has finally found itself in the public sphere. It's only a short seven tracks, but it's all the time needed for H3000's vision to make itself known; the lyrical intricacies and sonic boldness of the project contrasting amongst this futuristic and at-times alien-like world, which sees the pair step forward into the year 3000 and attempt to answer some of the questions that lay.

This inquisitive, futuristic outlook defines much of the album's songs, whether it's through reflective observations on how one's current-day actions affect their future, right through to the bigger picture questioning of the world. Songs like Human Heart and Rest sit on the former end of the scale, deeply intertwined with thoughts on loss, grief and emotional complexities. Then, there are songs like Quicksand, which takes a feeling like compassion and twists it through a futuristic lens, asking how it's changing especially in the face of social media.

It's an album full of big picture and difficult reflections, as Steele in particular traces through his emotions and conveys them through the prowess he shows in every project he touches. But then there's the album's production, which warps amongst Steele's vocals with the grace yet edginess that only someone like Jarrad Rodgers can muster up, as shown through H3000, as well as music of his own, the work he creates alongside guests including Lana Del Rey, Charli XCX and 5 Seconds of Summer, as well as that he puts out on his NoiZe Recordings venture.

Sonically, H3000 - the album - sweeps through textures and shadings, anchoring itself in this left-of-centre backbone but then showing off the many facets and edges that can surround that. At times, it feels bolder than anything else he's done; grand with intricate layers that fall amongst one with puzzle-like accuracy, while at other times, it's stripped back to near-nothing, letting the beauty of Luke Steele's vocals mix with the emotive ambience he manages to create through just his vocals.

It's a stellar album that's bolder than anything else we've heard this year, and with its official arrival today via EMI Music Australia, we got the pair to break down the album's sound and meaning, one song at a time. Check it out below, as you take a dive into the album:

Human Heart cuts to the core of H3000 with its impressionistic but profound imagery. “The human heart is like an ocean sponge, sucking in all kinds of things,” goes the opening lyric, all about embracing the emotional complexities of the depths of the heart within. It’s deep but playful.

I wrote the lyrics for this song from the point of view of Avicii as he was ascending to heaven. True to its inspiration, Rest is a sensitive, almost cosmic tribute to the late producer. “I need to rest on a heaven cloud / I need the best to help me get around.” Arpeggiating synths mirror an ascendance to heaven as the song reaches its climax, the sensitivity of the song speaking to our spiritual connection to the EDM hero.

I worked in his camp a few years ago in Sweden, and he cut one of my songs early on. So there was a connection there early on. The H3000 songs I love are the ones like Rest — it picks you up, and you get taken on a journey.

A slow-brewing storm of a song, Running reveals the darker side of our work. Transportative and strange, it sees me reflecting on the loss of a friend — and the internal strength that builds from tragedy — over Rogers’ incredible production.

Thought You Knew meditates on interpersonal relationships, and the importance of self-possession in the face of spite. Sometimes you spend so much time and effort helping someone, and then they say, ‘Oh, I thought you knew, I don’t care for what you’re doing,’. It’s like, stay as close as a brother, but be careful not to be entangled in their web.

"The light goes up in flames in front of me / then I know the way is clear.” An ode to clarity and inspiration for the eternal at a time of confusion and murkiness, Flames is a necessary and timely piece of pop art. I love the fact that there’s this mixed hope in Flames. It picks you up, and lets you admit where something’s at, and gives you some kind of hope — tells you it’s gonna be okay. When someone goes to heaven there are always signs from then, affirmations, signals after they are gone, like lights flickering or the weather changing. That’s what “the light goes up in flames” lyric is referencing — It’s okay, it’s beyond the future, beyond the world. It’s eternal living now.

Quicksand is a network of continuous builds and breaks, like waves on a shore, clouds bearing rain. I heard the line ‘Compassion and envy are the thieves of joy’. It’s so prevalent in this time, with Instagram and Facebook, comparison is the thief.

July Heat is the sweeping coda of the album and fixates on one of life’s hardest, ever-present truths. Who are you gonna serve? It’s either the devil or the lord, but you gotta serve someone. “Why am I always needing a break / when I meant to be free? / Yes, you gotta serve somebody, I know / This ain’t no TV show, come colour it in.” Ending the record on a note of inspired ambiguity, it’s a stunning treatise on the many paths one can take. 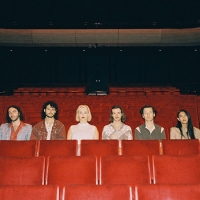 Premiere: Supathick continue their streak with a glitzy new single, Baby, I Feel LoveThe Perth-based band continue to flex their funk muscle, after a pair of brilliant singles in 2021's first half. 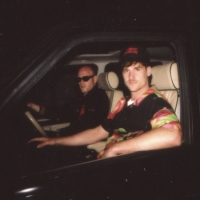 Listen to Matter of Time, another daring single from Aus dance ex-pats Two AnotherFollowing the release of their returning single Jump last month, the now Europe-based duo shoot for success with another brilliant single.
Electronic