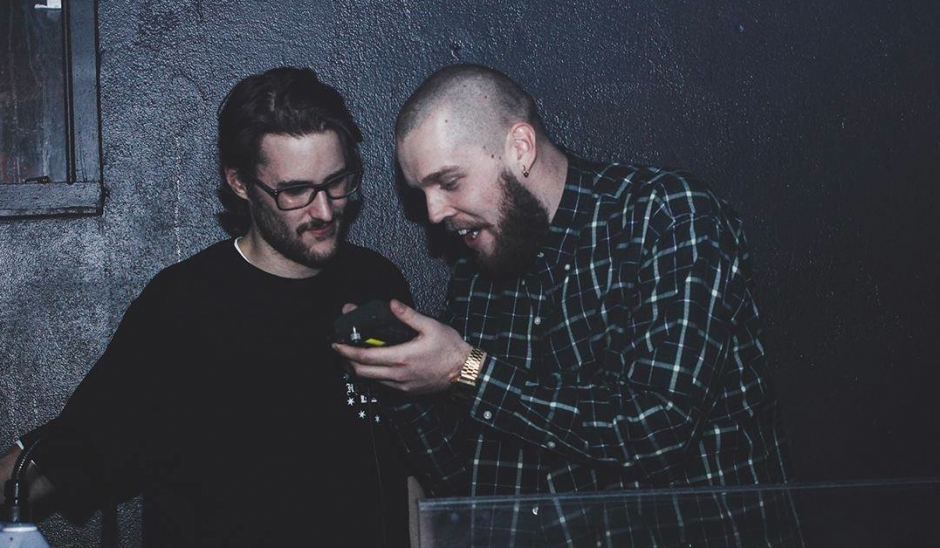 After five years of mashing it up in Perth, local bass / garage / dubstep / grime music collective Deadweight! - run by Perth lads Chris Caravella and Saxon Ames - are hanging up their headphones and snapbacks and calling it a day. Deadweight have undertaken a mean feat: growing an entire, loyal and passionate, club community from scratch; bringing together like-minded underground club music lovers and giving them a place to hear new sounds from across the seas. At the same time, they've provided an essential platform - via regular local parties (It's a Deadweight Ting!, Deadweight Fortnightly Fridays) - for rising Perth DJs and producers working in those music genres to flex their muscles in front of a crowd. Deadweight! have have also put in work bringing big names from Europe and the US to WA shores: New York Transit Authority, Joe Nice, Goth-Trad, J:Kenzo, Royal-T, Sam Binga, Kursk and stacks more, with Sax and Chris handling the whole tricky biz of touring on their own, while both juggling day jobs in Italian restaurants and sneaker stores. They've also thrown out some ace, custom-made merch for their fans, put out quality weekly mix-ups, and basically kept Perth's nag champa importers in business!

Deadweight! say seeya for good with a Deadweight Presents gig at The Bakery on April 10, featuring Footsie (details here). But before that, they're going in for one last intimate Fortnightly Fridays party at Flyrite this Friday, featuring what's sure to be an unmissable, back to back, three-hour set from Chris and Saxon. In the lead up to Friday's madness, we asked Chris and Saxon to take a walk down memory lane, and pull together the tracks they've partied the hardest to during their Deadweight! days.  Says Chris of their selections: "I didn't really want to just put together another dubstep classics list - but as I sat and thought about it, it's the music that both Saxon and I have dedicated our lives to over the last five years and it literally is the music that changed my life (for better or for worse... I suppose we'll see!)"  Big ups to you guys. 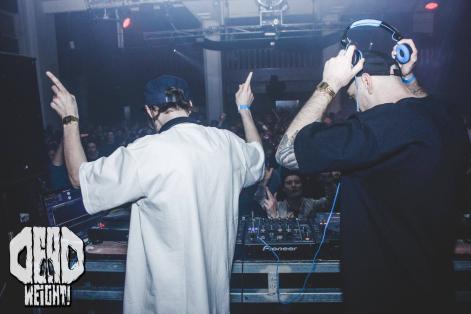 Picks from Chris Caravella aka C Dubble aka Boy P:

This one is special for me, I remember hearing it for the first time in 2009 at Reprazent at Bar Open. I had never heard anything like it before and it was put me in a trance.  I had to go up to the DJ playing and ask what it was - naturally he wouldn't tell me and I spent the next couple months searching for this tune on every record shop site/download store around at the time, 'til I found it. It's probably the most battered 12' in my collection by now! This is the tune that truly started my love affair with halfstep music at 140 beats per minute. I happened to have a spare E in my pocket and gave it to a bar tender because I was feeling it that much. S/O to that bartender. You know who you are.

As far as devastating sonic architecture goes, there are few guys that can design a dancefloor destroying jam as well as the Bug. Teaming up with Warrior Queen on this one to absolutely bone shattering effect there are only a few other tunes in my arsenal, and in my experience over five years that can get a dance as worked up as this one.
At close to 10 years old, double dropped with Mud as a signature DeadWeight! mix, this one is d-e-a-d-l-y.

The last jam was a bit of a lead up to this one and it will no doubt be a favourite for a lot of people. There isnt an awful lot going on but its just executed to simple perfection. On a real soundsystem this will shake dust from the ceiling and make anyone a convert. If you're ever in a pinch as a bass music DJ and the last guy has killed the vibe make sure you can mix this one in properly. Special mention going out to the guys that tried to play this the same way as us but never quite could haha.

Fuck (can I say that?) Alunageorge's vocal version right off and head straight to the instrumental. This shit was Joker on steroids when it came out. People take for granted just how cutting edge this album was and how instrumental Glass Swords was in shaping the sounds of a whole stack of guys who are supposedly breaking new ground across the 'bass music' scene right now. 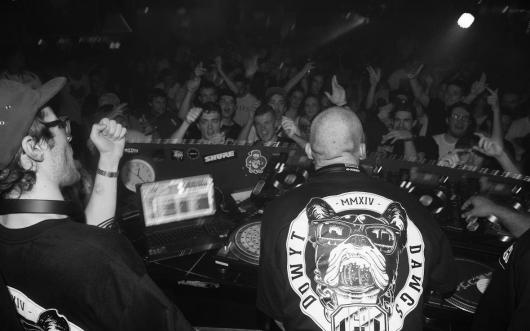 It's a bit different from the last couple but IS STILL my absolute club percy. You play this today and I will STILL lose my shit, boogie my way across the dance floor and grin at you from across the other side of the mixer like an idiot/10. 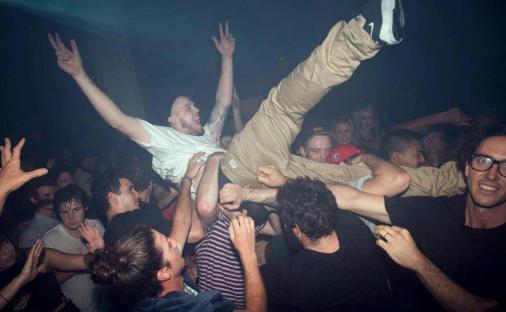 You NEED to listen to the whole eight minutes of this tune to get the full experience. The saxophone just keeps on going! Seriously mesmerizing. This one has got me out of a lot of tight places as a DJ... No matter where you are in the world, nor the season, you can be sure that this tune will get the sun out blazin! (and the biddies...)

This is the first tune I ever came across created at 140BPM with a halfstep ryhytm. Spaced-out warbling synthesizers, all drenched in sweet reverb with a focus on low end frequencies. Such odd sounds placed together in the span of five minutes sparked my curiosity like nothing else in this world. Soon enough I was obsessed with this strange music built for the dance that people were labeling 'dubstep'.
Funny how one tune can change the course your life like that!

I heard this for the time in a gully likkle water-logged club tucked away in Shoreditch. It all made perfect sense.. The club was jam packed... It was dark. pockets of strange smells, strange people... The strobe cutting in sporadically trying to get a sense of the space.. The dance floor was not restricted to any part of the club. The people were loose, bobbing away, hands everywhere, on chairs, gunfingers in the air all to the rhythm of the bass line. To me, that's what it was all about... With Australia being so geographically and culturally different, it is hard to re-create scenes like that in Perth. This tune does it though!

Shouts to the Far-East Assassin! Gotta here this one on a big system to get the full effect of Goth-Trad's dub delays and power bass lines! Max Romeo's vocals are so infectious on this. There's no way you won't be singing along by the end of the tune! There is a lot of sentimental value attached this tune as well... seeing GT perform at INNA CIRCLE for us, and also in Japan just a couple of months ago, puts this in the vault forever.

What a team. I could only pick 5 tunes but this includes almighty powerful Jakes & stalwart Joker! This one gets you by surprise. Joker's catchy melodic razor-sharp synth layered with jake's organic synth sounds & samples create a very memorable texture. A bitch to mix but will always create lasting impact in the dance. The change ups are perfect and keep the rhythm pulsating - not to mention the VIP mix!

Say farewell to the DeadWeight Crew and give them the proper send off they deserve! Two final gigs on the cards: 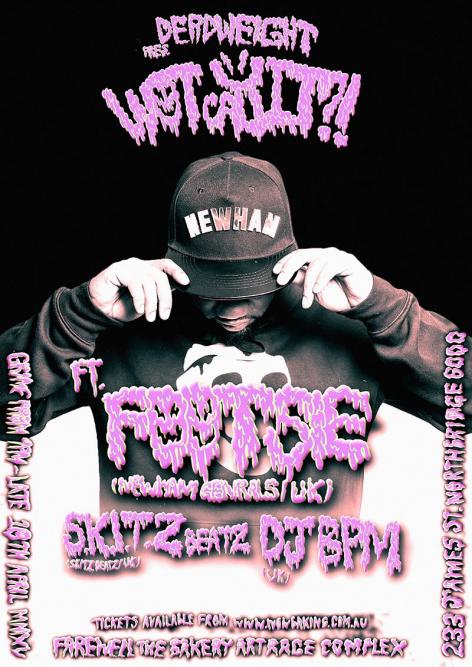 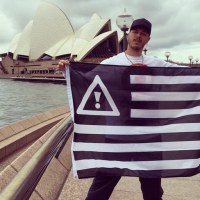 In The Booth: FlosstradamusFlosstradamus take us through a night on the decks ahead of their Australian tour. 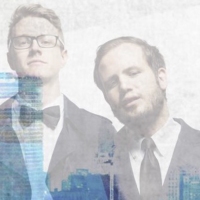