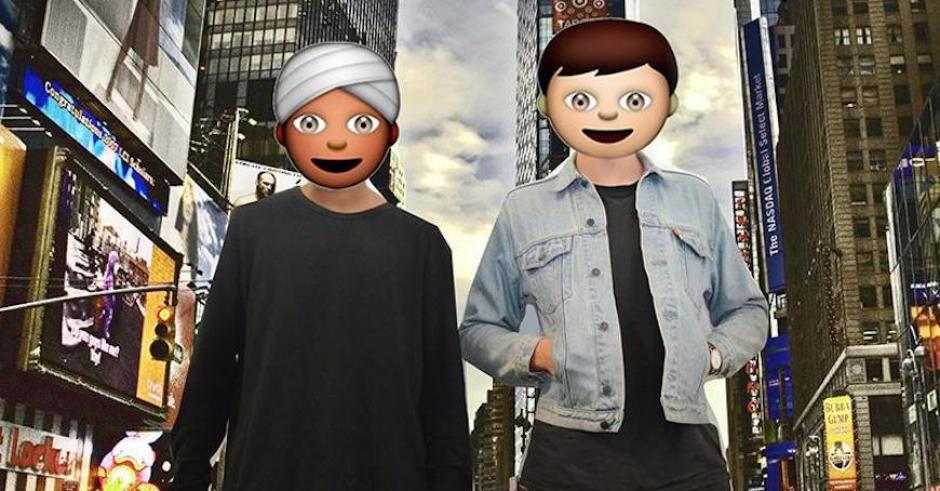 I OH YOU are not only one of our favourite Aussie record labels, they're two of our favourite people in this country full stop. Looking after some of this country's raddest acts (Violent Soho, DMA's, DZ Deathrays), Johann and Scott also have a penchant for getting into the DJ booth and throwing down a heap of dancefloor-ready tunas. They're doing exactly that right now, currently traipsing around the country on their Can I Borrow A Feeling Tour, which kicked off a couple of weeks ago and still has a heap of dates left. Check those below, and then take in 10 songs they've been frothing lately. 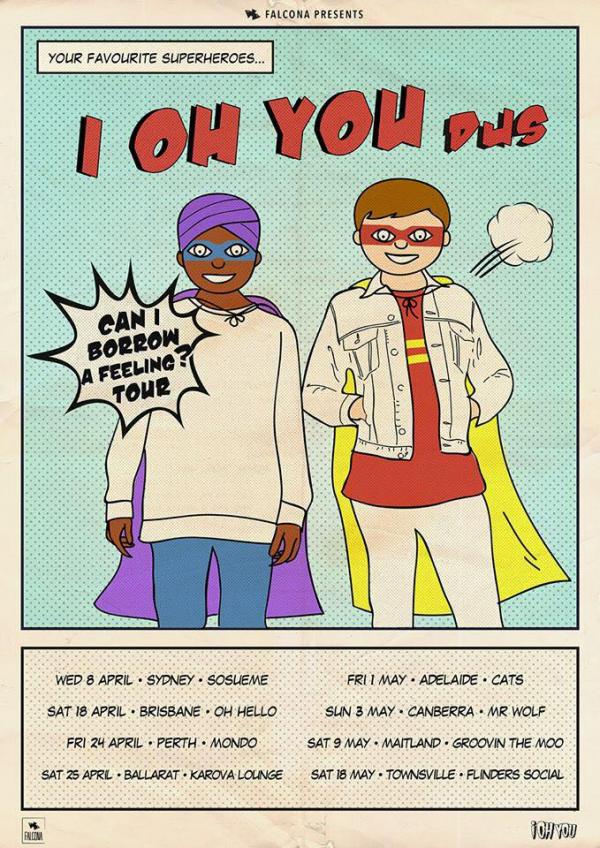 Having been released as a follow-up to Vynehall’s stunning 2014 mini LP Music For The Uninvited, Butterflies continues to build on his sonically unparalleled brand of warm, ambient house music which has found influence in everything from afro-beat to the funk-laden hip hop sounds of Aim. The intricacies of each interwoven melody build a great sense of tension throughout the track, whilst Vynehall’s hallmarked percussive density punctuates and provides a resounding and concentrated sense of progression built over a locked groove. One of house music’s modern greats.

Between this and Loud Places, which is still very much on high rotation in the office, Jamie xx has earned himself the title of ‘most highly anticipated album’ for 2015 so far. Gosh has a similar feel sonically to All Under One Roof Raving. It’s got that jarring vocal sample acting as a throwback to the original pirate radio days along with his signature hollow percussive sounds that keep things surging along nicely. This one lands at the other end of the spectrum from tunes like Sleep Sound for Jamie - breaking the house music mould into 1000 pieces and refusing to be tied down. This one keeps bodies moving - including ours.

Nina Las Vegas put us onto Eugene Ward (Dro Carey/Tuff Sherm) last year at CIRCO Festival and we’ve been intrigued with his work ever since. Lifted from his Club Injury Handbook EP, Monomiles is a driving exploration of footwork that incorporates some inspired vocal takes from Chocolate & Kid Kairo. There’s a really immersive synergy between the phonetics of the lyrics and Carey’s explosive percussion on this one which grabbed us and never let go. One of many fine releases from this Sydney producer.

Roots Manuva steps into a more frenetic sound on Facety 2:11, aided by the production duties of Four Tet. This one pushes the boundaries with a recurring, high-pitched vocal sample that forces every other element to hinge off its sense of complete and utter repetition - but it really works here. The best thing for me about this tune is how highly autonomised it feels, because it draws your ear to each pivotal word from RM’s mouth and causes you to hang off it with bated breath. One for the headphones or the club.

I really love this edit because it draws together TEED's love of abrasive techno with those beautiful, sprawling melodies of the original tune from Little Dragon. Whilst not the newest song on the I OH YOU DJs USB’s, we love to build a bit of a narrative in our sets that can go anywhere from artists we’ve toured, released or just currently dig. We played this in Brisbane last week and heard a pretty loud shriek from somebody in the crowd right at the beginning with the sirens there. It was so good.

The high NRG original was released late last year and just recently Melbourne outfit Statue, containing members of World’s End Press & NO ZU, gave their magic touch to bring us this laid back reconstruction. There’s a lot to love about this one; it brings a fresh set of kaleidoscopic sounds to lay contrast with the original without losing too much of that killer topline. It’ll get stuck in your head for days and days. You’ve been warned.

Maybe one of our favorite end of the night/hands in the air tracks of the last year. There’s an art to storytelling through music without the use of vocals, but on Stigma, Lauer manages to do so in emphatic fashion. Euphoric, overwhelming dance music from the heart of Germany.

One of the unsung heroes of the Young Turks family. Lying somewhere in-between Koreless and Four Tet, Quirke celebrates a love of noise, chaos and field recordings in a really beautiful and dynamic way. It sounds like a sweaty warehouse rave being bathed in strobe light to me. Ethereal at times and unrelenting at others - excellent stuff.

Certified techno lord Daniel Avery released one of the most rewarding dance records of the past year with Drone Logic and this one is a standout from the official remix package. Without sacrificing any of the darkness or grittiness of the original, KiNK’s remix elevates things to quite a euphoric endpoint with soaring synthesisers and almost trance-esque breakdowns. This is a release which we found a mutual love for really early on, and for that reason it’s still a tune we love to spin whenever we can.

The title track from his recently released LP, Insides is a warm take on a more ambient type of house music than we’d generally play. This one has soundtracked a few light-headed plane rides on this tour so far, and still makes me feel super intrigued each time I hear it despite the awful association. Crucial sounds from an epic record. 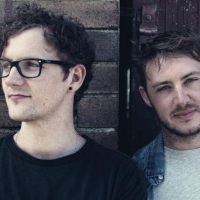 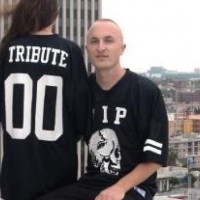