Perth’s premier purveyors of all things soul, Randa And The Soul Kingdom have been hard at work on album number three for some years now, with the wait finally over today as Put Your Hands Up is released today.

Randa & co had a HUGE 2021 that saw 2048 and Standing Strong (both on the album) nominated for WAM Song of the Year Awards, releasing the album’s title track on 7” in true soul style, and dropping a number of music videos that included a win for best music video in the Revelation International Film Festival.

All that and more has finally led them to today’s release day, and to celebrate, the amazing Randa Khamis herself has very kindly given us a play-by-play of the full record - hit play and have a read about the meaning behind each and every soulful sound:

This song captures the lustful mood of going out and finding love. One of my biggest influences is Ike & Tina Turner, I just love the driving blues and rock’n’roll aspects of their soulful songs. I wanted this song to be inspired by that.

Blending elements of blues and rock into Randa And The Soul Kingdom’s classic retro soul sound - this sexy, driving, energetic track was created to get your mojo working!

Created for the dance floor with a driving Motown beat; 'Is This I' is all about raw energy, using horn stabs and wailing vocals to build to a blistering climax. The lyrics are a commentary on human behaviour and how blind we can be to our own existence. I stumbled upon some video’s of animals attempting to look at themselves in the mirror while being unable to recognise themselves,I was inspired to write about this phenomenon and its parallels with humans not recognising themselves in their own lives.

That’s why the song is named Is This I, because the person or animal asking that question can’t recognise themselves.Inspired by James Brown and Betty Davis for the climactic wailing screams.  Its music video won Best Video award at Revelation Film Festival.

This song is packed with positive feel-good funkiness. It’s a call to put your hands up together and make a stand regardless of your age, ethnicity or gender for your right to dance! It celebrates the power of dance as a way to claim your freedom through joyful self-expression.

I wanted DJ’s to feel as if the party had landed, that’s why it fires off with the party sound we created in the studio as soon as the song starts. It’s been released as a 7” vinyl single out on Juno and Bandcamp. Check out the music video clip.

This dynamic and exciting afrobeat-funk song pays tribute to Randa’s Palestinian heritage by featuring the Middle Eastern Ney flute. It’s a response to predictions that if we keep going the way we are, there’ll be no fish left in the oceans by the year 2048. Inspired by Fela Kuti and Tony Allen. It was nominated for West Australian Music Song of the Year award.

A James Brown-inspired classic funk song. With a title from an old nursery rhyme, this song is inspired by the notion that we can construct meaning with wordplay and behaviour and that often language isn't really reflecting the meaning we are wanting to make nor is our behaviour.

A soulful middle-of-the-road song that explores the difficulties of living in a man’s world. The female tribulations of being marginalised, silenced and not given the same opportunities and support. Randa is also writing about the difficulty of getting her music known as a self managed artist.

A song to strut to, blending 70’s disco with a contemporary sound. What do our bodies say to each other intimately between the sheets? The lyrics are a verbal representation of that passionate exchange.

Built around a central drum and bass groove that radiates toughness, this song has a message about not taking love for granted whether it be with family, friends, lover or your partner. At times it is addressing a male lover who is losing her due to his inability to commit.

Layers of guitars and horns build throughout, climaxing with a blistering saxophone solo and final cathartic chorus. Inspirations are Betty Davis and Alice Russell.

The first soulful ballad for the band, Randa stretches out and really sings from the heart on this one. Written from the female perspective but the song can be belted out by anybody trying to find a good man before age gets in the way. I had previously lost my mum and I was picturing myself talking to her for guidance.I wanted to raise the topic and shine light on the difficult situation that people find themselves in.

A fusion of hip-hop and funk with a shuffling backbeat that simmers away with quiet intensity. While its lyrics are tongue-in-cheek, the message of the song is that too often we are compelled to dress and behave over the top and be something other than ourselves to get noticed. Its called OTT as an acronym for Over The Top.

Moody funk that draws influence from Betty Davis and Grace Jones. Its tone is darker, tenser and tougher than others on the album because it’s about engaging with your female power, not being played for a fool in love, and standing up for what you deserve. This song was nominated for West Australian Music Song of the Year award. 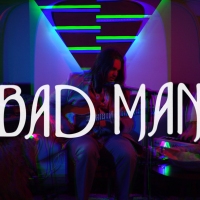 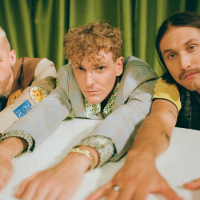 Watch: COIN - Cutie The Nashville trio look at control, change, and confusion with their latest smooth pop tune, serving as a taster for forthcoming album.
Bands