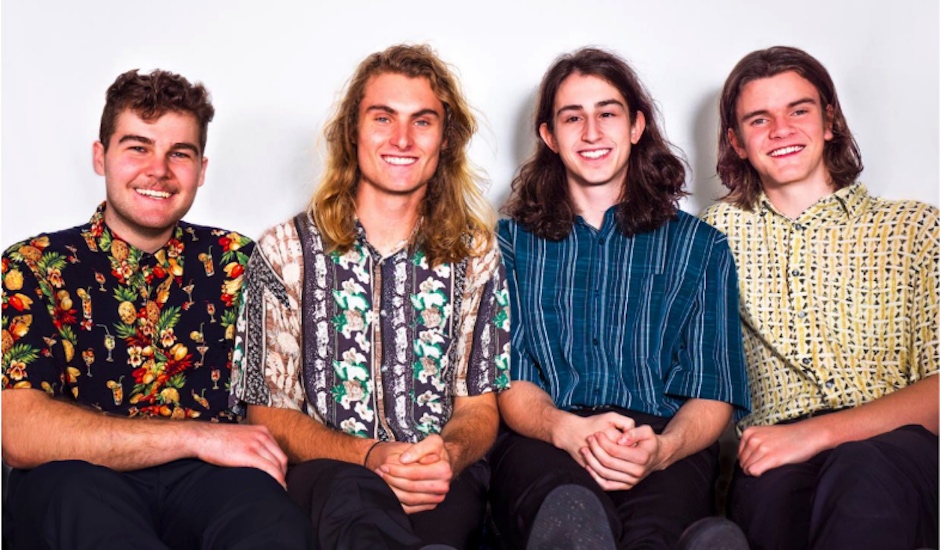 Fresh-faced fellas Angus Christie, Jordan Finlay, Vincent Kinna and Connor McLaughlin, with their powers combined form Teenage Dads, a psych/pop/rock band out of the Mornington Peninsula. The bubblings of the group began in 2015, but they only really got cracking last year, and here we are already arriving at a debut LP - Potpourri Lake - officially arriving tomorrow but here for you a day early.

It's pretty raw, but in a way that endears you to it rather than turn you off it, charmingly recorded in their home studio AKA "The Shed". Delve into their swirly, colourful world below, and while you do read up a little on what they're all about:

We are Angus, Connor, Jordan and Vincent, and we’ve been a group now for about two-and-a-half years, but only properly performed in 2017. We’re all at University currently. We met in our final years of school, and after a lot of practice we finally made our way up to the city to perform live. Since our first show there our opportunities have increased, and we’re really positive about the response we have received not only for our music, but our live performances as well.

We take influence from a variety of genres and artists, so our music represents that in a way. Even though you could easily set us as a dream-pop/psych-rock group, we try to write songs with their own individual sounds without trying to make them all fit together so easily. It makes it interesting for us and hope that the people that listen feel the same way.

Writing is varied, sometimes it’s a group process and in other instances one of us, usually Jord or Connor, will share what they’ve done as a full song. Even in those instances though we all have our own input on the pieces and insert our own unique playing styles and abilities to work with each track. As for production, it’s all done at our home studio The Shed where Jord records, mixes, masters and produces our music. Some of the techniques are a little unorthodox but we believe at the end of the day we get the best result we can.

Can you tell us about your new album, Potpourri Lake?

A mixed bag of sorts, the album is a statement of what we're hoping to achieve as a group, not sticking to genre clichés and creating sparse music that we enjoy. It features mind-numbing space rock in Bees, 60s bopping in Sunburnt and crazy upbeat theatrics in Alrighty. There's something on this record for everyone.

26th October, the day of the release, also marks the start of the Wharves tour, where we’ll be supporting them in Melbourne, Sydney, Wollongong and Brisbane. We also have the semi-finals for the Push Start Battle of the Bands on 27th October, with Ruby Fields giving a special non-competing performance after the show.

Aside from our tour with Wharves, we’ll have a few more shows to round out the end of the year, and we have already begun writing new material for an upcoming release (hopefully) in early 2019.

Our latest album will be available on all streaming services: Spotify, iTunes. 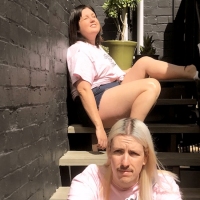 Premiere: The Belafontes' bust out a back'n'forth belter in new single, GeminiThe Melbourne duo have a 2-minute pearler on their hands. 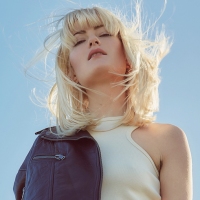 Meet Ro, the Melbourne musician mixing indie-pop and poetryHer second single, F**ked Up Over You, introduces us to a rising musician with a Jack River-esque charm you'll love.
Bands