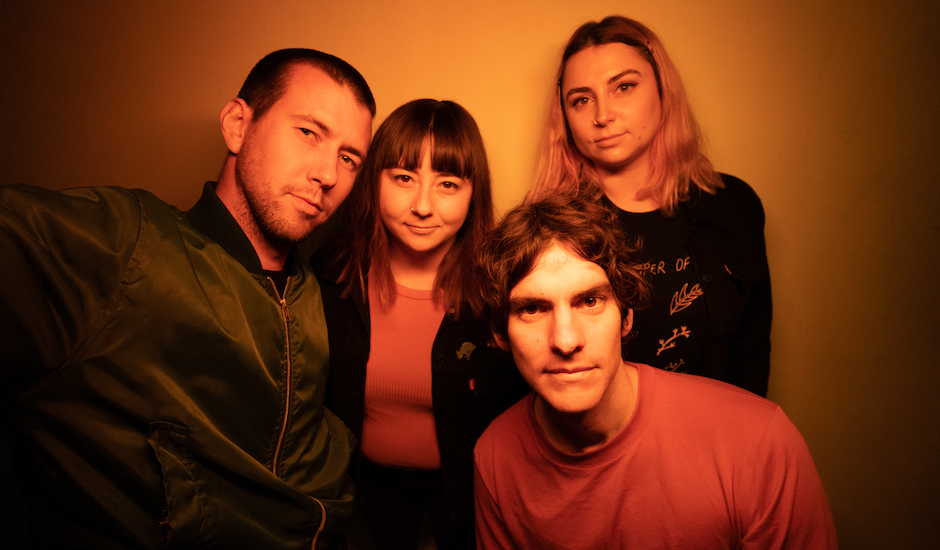 If you've been keeping an eye on the approaching next generation of Perth's live music space, then chances are Ursula are already on your ones-to-watch list. The Perth-based indie four-piece made an entrance with a self-titled debut EP a few years ago, and in the time since, have been doubling down on their craft both in the recording studio and on the live stage, the latter of which being a place they've remained mainstays since their beginning with shows all over the joint.

In 2021, however, they're making a move - and solidifying their place amongst Perth's blossoming indie scene. Today, we premiere their new single Hot n Bothered, which arrives alongside their signing to the recently-launched venture SIDEQUEST and a few gigs to kickstart their year, including shows for SIDEQUEST's launch, this weekend's WAMFest, and a forthcoming single launch we'll get to in just a second.

First up, however, is the single - and what a time it is. Hot n Bothered is a hazy blend of indie-pop and shoegaze that shows the band's growth and evolution since their debut, building amongst a wide wash of influences - Sorry, FRITZ and Slowdive all included - for a sound that sits somewhere in between while also showing their own unique edge, something that the band have built over their heads-down songwriting in the last few years, as well as the natural edge that comes with Perth's own community-built music space.

The latter is somewhere Ursula really shine, plucking members from The Love Junkies, Pat Chow, New Talk and Old Blood to create a band that captures the heights of all those mentioned, but in a new, hazy way. "We’ve had the demo for this one sitting around for a while, but it wasn’t until Robbie brought in the lyrics that we really started seeing the song come together," the band's Ashby Ranson says on the single's creation. "We’re also working on a lot of new music with Mitch, recording down at Tuna Fish in Fremantle, so we’re excited to unveil Hot n Bothered as the first of many new things to come in 2021."

As the group continue, they mention how the song came about following a trip to the newly-built WA Museum: "It was filled to the brim with screaming, snotty-nosed children, fed-up parents and apathetic teenagers. Once I managed to escape my failed museum trip, this song came together quickly," says the band's Robbie Rumble.

As mentioned, the single comes ahead of the launch of their new home at SIDEQUEST this Friday, as well as a WAMFest show this Saturday, March 27th. On top of that, they'll also be launching the track at The Bird on May 15th - more information on that here.

In the meantime, however, take a dive into Hot N Bothered below, and better introduce yourself to Ursula underneath it:

Hi! We’re a 4 piece garage rock band from Perth, Western Australia. We’re not named after the Disney character, but that would’ve been cool too!

Our music was described a little while ago as garage-gaze and I really liked that description. I suppose we take influences from bands like Nothing, Pile, Alvvays, etc. I share songwriting and vocal duties with Ashby and we write about most things bands write about, eg. love, heartbreak and anxiety. I read a lot of sci-fi and fantasy and can sometimes take inspiration from stories I read to explain situations in my own life.

Generally, Ashby or I will record a demo at home and then bring it into the jam room to be finished up, and we help each other write lyrics and parts. I suppose every song is approached slightly differently.

Can you tell us a bit about this new single, Hot n Bothered?

I got stuck on the top floor of the new museum during school holidays and this song came together a few days later. It’s about social anxiety I guess. It’s more pop-punk than songs I’ve written previously and it came together really quickly.

We’ve got a bunch of shows coming up, including WAM, Sidefest and our single launch and a few exciting announcements in the not so distant future. We’re excited to be working with Skinny and his label Sidequest for this release and future releases!

I usually write for myself about my own selfish shit that’s going on but I think if people can listen to it and can relate or be inspired by something I’ve created then that makes me feel good. 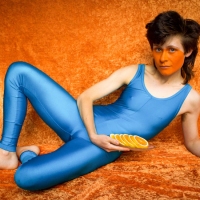 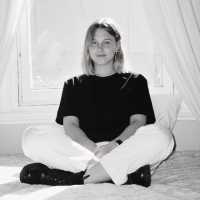 EP Walkthrough: Julia Wallace breaks down her brilliant debut EP, Place in MindIn our latest walkthrough, Perth musician Julia Wallace details the beauty of her debut EP, and shows us the shack in which it was written.
Bands