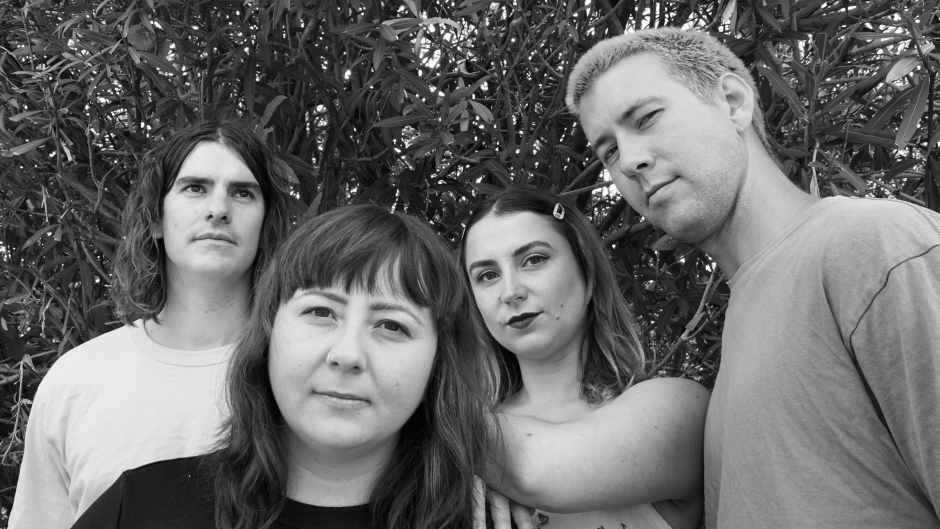 Having played in a number of active bands in the Perth scene over the last decade, the members of Ursula had all shared lineups and stages before playing together, with friendships formed after sharing bills in other bands. A connection was forged and Ursula was born - an undeniable connection that you can see in their live shows, singles and now get to hear on their debut full-length, Brains, Waste, Heart.

A rollicking & rocking record of 10 tracks, Brains, Waste, Heart sees the quartet combine elements from all the best stuff from the 90s - grunge, garage & indie rock with an overarching shoegazey aesthetic - bringing these sounds kicking and screaming into 2022 with a modern polish.

Out now, co-leads Ashby and Robbie gave us the story behind each track on Brains, Waste, Heart from their own candid and humorous perspectives - give the album a spin and have a read!

Robbie: I wrote this song for a song writing exercise that a bunch of our friends do. We have a couple of months to write an EP and then we meet up and pull names out of a hat and listen to everyone’s EPs. The demo was super nasty with distorted DI’d guitars and fuzzy vocals. When we rehearsed it as a band it got a whole lot more lush and spacious. I wrote this one about being in the US and at the time I had some stuff happening back home that was completely out of my control and I was too far away to do anything about it.

Ashby: My sister once went on a tinder date who saw Ursula play a few nights earlier and he asked “oh yeah is she the one that plays one note the whole chorus” and I immediately knew it was this song, so did she. Like all songwriters, Robbie and I can be pretty shy with our lyrics. This meant for the first 6 months what I was singing ended up being way more embarrassing than what the actual lyrics are. We got better at it after that.

Ashby: This song was written mid 2020, so mid-lockdown. We replaced the jam room with Robbie and I sending the demo back and forth with extra layers to get it where it is. It's the only song on the album we’ve never played live, if you want to see it’s debut we will be playing it at The Bird on 30 April.

Robbie: Yeah, during the first lockdown me and Ashby had this grand plan to write a bunch of songs together and send them back and forth until we had something. This was the only one that we got finished, but I’m incredibly proud of it.

Robbie: I threw this one together real quick towards the end of a writing session just before we were heading into the studio. I had been at the opening of the Boola Bardip Museum the weekend before and got completely overwhelmed with the amount of people there. Kids can be scary.

Ashby: I feel like this song is a nod to our pop punk past lives! It was a very unexpected first single to come from the album, as to us it really was just that. It wasn’t until consulting with others that we realised it was actually catchy!

Ashby: when we first shared the album with our loved ones, my dad informed me that “the intro actually sounds like fish singing!” And now I can’t hear it any differently. This was one of the first songs we started playing together, so I wrote it before I realised we dropped down half a step. I rewrote the vocal melody in the studio because it was way too low for me to sing.

Robbie: I love this song. One of my favourite recordings on the album. It was the last song to get finished and took me forever to get my guitar parts together. Every time I would track my guitars I would completely overcomplicate it. I ended up keeping it simple and it worked out great. Now when I play it live, I still have no idea what I’m doing.

Robbie: When I wrote this riff I remember thinking that it needed a super long heavy bridge with a really long chord progression. I then proceeded to accidentally and subconsciously steal a bridge from Mitch from a The Love Junkies song that we never finished. It fit perfectly and sounds great.

Ashby: We were all lovin’ Robbie for this song when he brought it to the band! Such a hit. It took us such a long time to grasp the bridge, I seem to remember Sara saying “damn you and your smart timing, Robbie.”

Asbhy: It's not often that I get very angry. But this song was written at the absolute peak of angry. Which made for an uncomfortable debut performance at Beaufort St Songwriters.  For those who don’t know, it is a very intimate solo setting with lovely couches and candles. I don’t think people were expecting me to yell at them through song - sorry.

Robbie: This one came together really organically when Ashby brought it to the jam room. We thought it was funny that we had a few songs with the ’n’ in the middle so we kept it consistent with the other tracks.

A Stomach Full of Coal

Robbie: Lyrically, me and Ashby wrote this one together. The chords and structure was something that I had kicking around for ages but could never quite finish. I’m really happy with how it turned out and the alternating guitars and vocals are one of my favourite moments on the record. I tried having a good scream on this one and now I blow my voice out every gig trying to replicate it.

Ashby: This is a more recent song and definitely our most collaborative. Robbie and I actually wrote the lyrics together, so we’ve come a long way since the title track!

Robbie: Ok this is my favourite track on the record. I’m not sure why. I think it’s kind of creepy. I visualise a haunted scary house when I listen to this song and it wigs me out. Then at the very end it becomes hopeful and happy. I love the ending to this song and I wish we had tracked a longer outro! I wrote this song about a house becoming a home after you meet the right person. A theme that has been sung plenty of times in the past.

Ashby: This is my favourite song on the album too! Another one we all got really excited about when Robbie brought it to the band. The lead line trips me up every time we play it live, but I’ll spend the rest of the week making fake guitar noises with it stuck in my head.

Ashby: Auckland is another song written before we started playing together. I wanted to call it sorrowbrating, but was strongly discouraged as other people didn’t find it as amusing as I did. I wrote it sitting at the Auckland airport while on a stopover, knowing I was coming home to a big change. I can’t imagine how funny I looked crying into my journal then laughing (because I wrote sorrowbrating and sipped my free champagne). Don’t drink n fly.

Robbie: This one is a great one that Ashby brought to the jam room right at the beginning of the band forming. It was one of the first tracks we all worked on together and it felt like a great way to end the album. 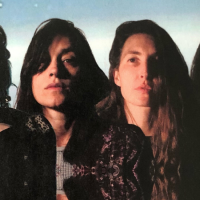 Watch: Warpaint - Stevie The celebrated L.A four-piece don’t let distance come between them with their latest release and forthcoming album. 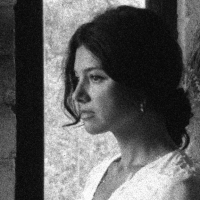