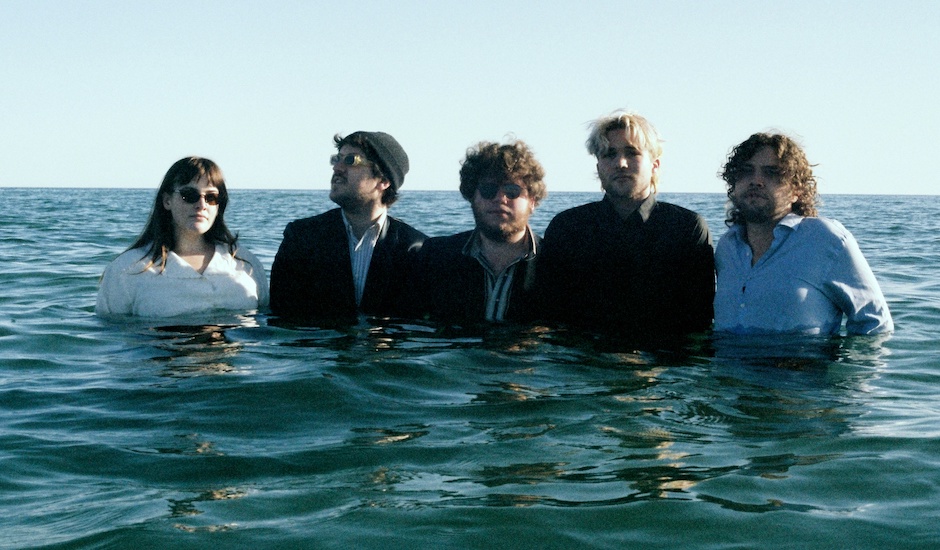 There's a hub of brilliant music tucked away in Adelaide that often gets overlooked for the city's heavy-hitters, and it's a real shame, because as much of some of the city's elite absolutely rip, the next generation over there is just as - maybe even more - powerful and exciting. Ricky Albeck is someone that knows this bustling, brimming away understudy better than the rest of us, having been a central part of Adelaide's live music scene for a while now; most notoriously through his latest project, Ricky Albeck & The Belair Line Band.

They're a five-piece group specialising in "post-pub rock" which, for those playing at home, captures the distinctly Australian pub-rock energy that's become synonymous with our rock scene, albeit with a slight country twang underneath to breathe it new life, hence the post-pub rock tag. It's a sound that's become distinct to Ricky Albeck and his Belair Line Band, having introduced it with their debut EP Lovely Bones back in 2018 and diving into it further with everything they've put out since; their sound moving between the palettes of Sonic Youth meets You Am I meets Bad//Dreems meets Johnny Cash (somehow).

In 2020, things kicked off swimmingly. They opened the year with a pair of dizzying singles that deepened their discography - Everything and its accompanying Sick Old Joke - but then stomped through COVID-19, which in its typical fashion, put a lot of their touring and such on hold. That isn't stopping them, however, with Industrial Lights being the taste of something new expected from the group this year, with another release planned later on too; the group steaming ahead despite all the fuckery the world is throwing at them.

Two weeks back they put out Industrial Lights, the first taste of a collaborative split EP (which also includes their single Four Strong Winds) with fellow Adelaide group Dead Roo who add two songs to the Swirl Records-released EP with Nick Of Time and a second, untitled track. Today, however, we're premiering the official video clip for Industrial Lights, which is definitely one of the stronger DIY ones we've come across as musicians switch up their initial plans due to COVID restrictions (which yes, obviously happened for this one too).

"We had a very different plan for the video clip, it was going to be much better," the group say on the clip. "But COVID happened and we couldn’t do what we wanted to do. So my housemates Loulou Molloy and Jesse Davidson helped me film this and I put it together in about an hour on iMovie."

Check out the video in its iMovie glory below, take a dive into the collaborative EP with Dead Roo here, and better introduce yourself to Ricky Albeck & The Belair Line Band while you're at it:

I started this band in late 2017, it’s changed a lot since then. I was doing heavier music with my old band, Goonbomb, and I wanted to write softer psychy songs. Turned out I could only write with a bit of a country-rock tinge.

I usually write a song and record a demo at home, then show the band, then it changes a bit with everyone’s playing style, then we have the song. Our production process for this lot of songs was to record live with our friend, Tom Spall (who also plays violin with us) at his studio, Milestone Recordings, in the Adelaide Hills. I love recording with Spally.

Can you tell us about your new single, Industrial Lights, and its video clip?

I wrote this song when the band started, I was feeling cold and lonely in my old bedroom at my mum's house, and it had these great big lights that look like they belong in a hospital. A silly song about those lights and how I was feeling. We had a very different plan for the video clip, it was going to be much better. But COVID happened and we couldn’t do what we wanted to do. So my housemates Loulou Molloy and Jesse Davidson helped me film this and I put it together in about an hour on iMovie.

It had a lot more before all this COVID shit. We’ve got some more songs recorded that are in late production stages. That’ll be the next thing. And some shows whenever we can. Who knows when we can get interstate.

People can take away whatever they like. Music means whatever it means to someone. 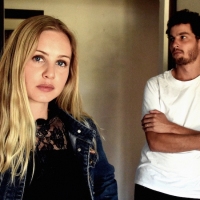 Premiere: The Money War enter 2020 with new single / video, LifetimeAfter a packed 2019 including a new album and an additional EP, the long-time favourites of Perth's music scene are back with something new. 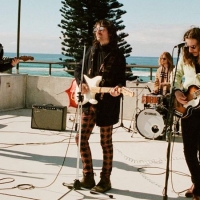