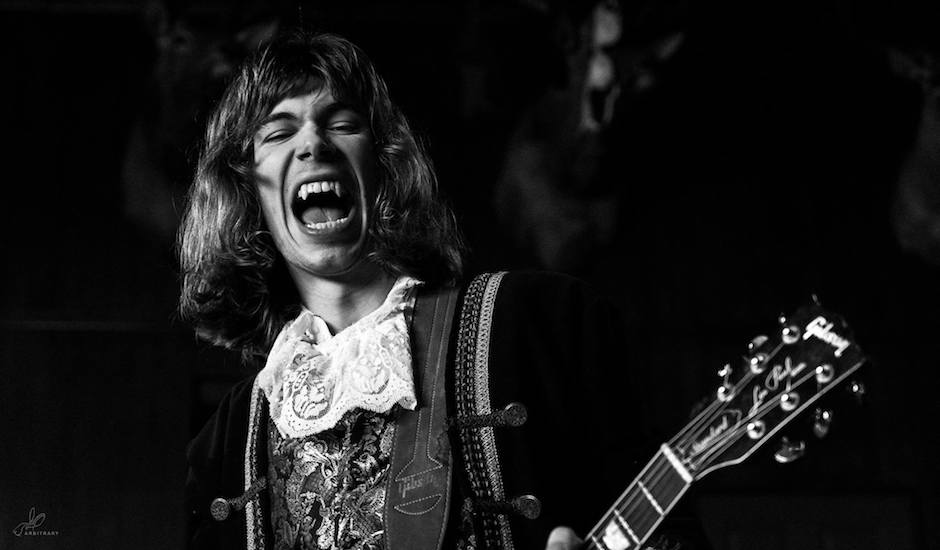 Brisbane band Port Royal are about to wrap up a huge 15-date single tour, so while we apologise for being a little late to the party, we definitely feel like better late than never. They recently dropped a fantastic video clip for the single their currently spruiking, Rock & Roll Is Dead, and we just had to find out more. The clip itself is a wonderful homage to B-Grade horror movies, with a bit of Tarantino's From Dusk Till Dawn thrown in for good measure, and showcases a production value you don't normally get in locally produced music videos. We sent the group a few questions to get better acquainted ahead of what's shaping up to be a huge year for the group:

Hey G’day. Port Royal here, the Royals, from Brisbane, Australia (the greatest city in the country by the way). We are a four-piece rock'n'roll band working to bring back the golden era of music; the '60s and the '70s. The music is one thing but we’re all about the style, aesthetic and culture of that feel good, care free craze that happened way back when. When young people had something to be a part of, something worth believing in. We’re trying to write tunes that make sense of the chaos of life.

Sure we’re talking balls to the wall Led Zeppelin-esque riff-driven sex craze rock'n'roll, but we’re also talking tunes that mean something. Something about something. I think our biggest thing we focus on with our songwriting is melody. Melody that can’t be forgotten, but also melody that’s postive and uplifting. The other thing that may seem a bit contradictory, is the set delivers a broad mix of dynamic energy to the audience. We don’t underestimate the importance of our ballads. I think some of the best parts of our set are our slower ones, ones where the audience can really go “fuck that’s actually me I’m hearing about right now”, as well as being able to let loose when it comes to the all-out hard hitting burners.

Wish I could tell you there was a magic formula. I still want to figure it out. Growing up I always used to watch Noel Gallagher interviews and try and figure out how it could get himself in the headspace to write such awesome melodies and bang out a song in 10 minutes. As a band, I (Lawson) generally come up with the skeleton for a song - the lyrics, the progression, the riff. However I struggle with creating dynamics mainly, and that’s where the PR rhythm section comes into play. Chase (bass) and Arnie (drums) are fantastic at building to a resolve or creating space where it needs to be, and then Liam (lead guitarist) will just add his pretty part over the top, often weaving in and out my vocal line. The music should be exciting and catchy and I think that’s something we focus on all down the line. Every song is different though, and tells a different story, so there’s focus in all areas.

Within the production production there is no rhyme or reason. Often we just sit and listen to our favourite tracks on a good set of speakers and go “shit that piano is so subtle but makes that section” or “where’s that growl coming from?” The engineer we’ve been using is awesome. He’s again been with us since Pinch-Hit and helped out on this whole EP. Sometimes it’s really good to have someone completely detached from the songwriting process to tell you where things sound like they should or shouldn’t be.

Can you tell us about your new single and its epic video clip, Rock & Roll Is Dead?

Yeah so the new single is a bit of a piss take; it’s an ode to Rock'n'Roll, in true rock'n'roll fashion. Basically it’s a song that doesn’t take itself too seriously but also speaks truth about working your arse off for something you believe in that may be contradictory to the medium. In the case of Rock & Roll is Dead, sure it’s talking about the ins and outs of being in a rock band in the 21st century, but the lyrics are actually left quite open to the view of anyone who’s worked for something with huge risk and no immediate reward. It’s about believing
in something, something you’re passionate about. The whole song is a concept in it’s own right - "modern day rock'n'roll band releases song called Rock & Roll is Dead". It’s different for everyone though, and so it should be, I think people can relate to that in their own passions and beliefs.

The video clip I have to give credit to the genius of the production team. We’ve been working with the same crew ever since our first music video for the first single Get Heavy. It was such a blast to make, but the best thing about working with the team at (as they call themselves) Julian Squared, is you never know even remotely what the final product is going to look like when you’re shooting. Out of the three videos we’ve done so far, each one has it’s own unique feature. With Rock & Roll Is Dead it was the vampire theme and the animation which just worked so well with the lyrics, but at the time we had no idea really how it was going to turn out. It’s always a lot of fun being on set, and it’s a chance to almost take a break from music, because you’re an actor then. It was also a great opportunity to bring together a lot of long term friends of the band we hadn’t seen in ages and that is always such a nostalgic time in its own right.

We’re just at the tail end of a 14-date East Coast tour for the single. We’ve just completed our first run up of North Queensland and boy what a place that is. Heaps of tour video to come. The hometown Brisbane show we just played was insane; easily the greatest show of
my career yet. Just so many faces, friends old and new, but also just so many people who believe in the bigger picture. It was our first sold out show. As the leader of a band that has been grinding hard for the past three years, I couldn’t be happier. We finish the tour this Saturday at Sol Bar on the Sunshine Coast.

Heaps. Rock & Roll Is Dead was just the start. We’ve got a six-track EP fully recorded, soon to be released looking like early August this year. Before then we want to release a subsequent second single to tie in with the whole thing before embarking on our fourth and biggest Australian tour yet. The EP is gonna feature Rock & Roll Is Dead too. It’s a collection of our best more recent tracks that summarise the past 6 to 12 months and the journey it's been. Things have picked up fast. We’ll be playing parts of Australia we’ve never done before. I can’t wait to take this country by storm. 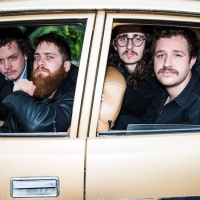 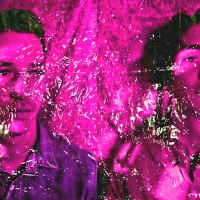 Slum Sociable are in their prime on new single, Can't Figure It OutIt's the second single they've released since their self-titled debut last year, following on from last month's Do Something About It.
Bands