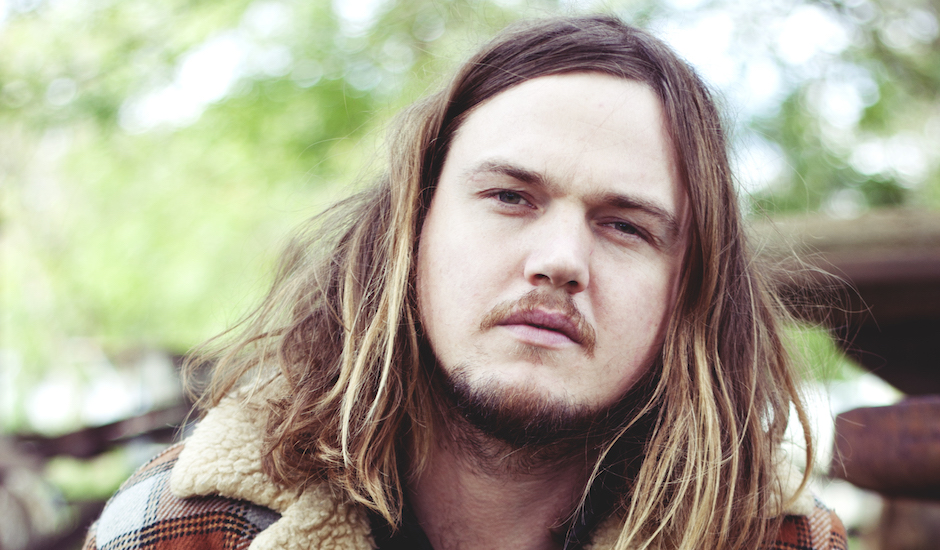 Following on from his recent dress and moisturiser filled (read below) showing at BIGSOUND, Peter Bibby is about to hit the road for a huge run of dates celebrating recent single Medicine. The single, which we covered a few weeks ago, was another masterclass in storytelling, and in the interest of letting the man do what he does best, Bibby has spun a few yarns for us about some of his favourite tour memories. Check 'em out, along with that full of dates, below:

1. One of my favourite tour memories was during my first trip to USA supporting Pond on their tour back in 2014. My manager Jodie decided to hire a big red caddilac convertible and drive Nick, Johnny and myself out to Joshua Tree with ex-Spinning Top employee Nicole. Joshua Tree blew my bloody mind, all that space, all those big ancient trees, big old rock formations, absolutely amazing. We played open mic night at Pappy & Harriet’s, this amazing bar that does amazing BBQ ribs and all that kinda stuff and it’s in a fake cowboy town they use in lots of cowboy movies. It was very surreal and there’s some kind of guilty pleasure charging through the desert in a big red caddy with the top down. Definitely not something you do everyday.

I was booked to play three sets, pre-game, half time and post game. The rugby crowd hated me from the get go, the owner asked me multiple times to play quieter due to my 'unusual style' and the heckling was tops. It increased with each set, as did my retort. I was pleasantly surprised to find they sold Emu Export tinnies, a rarity outside of WA, so the more I got into those bad boys the more I wanted to battle the rugby crowd. I learnt a few things from this experience: rugby sucks, don't play shows at rugby related events, Export in the territory is grouse, you can get away with quite a lot if you have a microphone, and that fish tacos are a popular dish at Dynah Beach.

Strawbs Petey and I were up in our hotel room during some downtime when the room phone started ringing, it was reception, a package had been left with them for us to collect. We curiously went downstairs and secured the bag and had a peep inside. First thing we saw was a few pairs of drum sticks. "Oh fuck yeah", we thought, "free big sound stuff!" We rummaged further into the package to find two pretty dresses and a selection of high end moisturizer. An odd selection of complimenItary items for a band such as ourselves but we were not about to complain. We went straight to our room, moisturised our skin to the perfect sheen, slid into those dresses and did a saucy photo shoot. Dave got incredibly excited seeing that the drum sticks were his preferred brand and size and in no time unpackaged all three pairs and was trying them out on most surfaces. Shortly after posting one of these saucy photos I received a phone call from Garth (Spinning Top HQ) who informed me that none of the items in the package were for us, the drum sticks were for Pond, and the rest was for Kea (Spinning Top HQ), we were just supposed to bring the package safely back to Perth for them. We swiftly removed the dresses ffrom our bodies, scraped as much moisturiser off of us and back into the bottles and soon after the items were in the hands of their rightful owners. Lesson learnt: I like wearing dresses, but I already knew that.

I was with Finn and Charlie from the band Gorsha, and Dave Blumberg (Men With Chips, High Beamers, etc. etc.) and it was late, we had played the Metro earlier and Blumberg was showing us around town. We were fairly lubricated and upon turning down a side street we became mesmerised by a huge wall covered in toy cars which was playing classical music. Charlie, being the uncivilised little ratbag that he is decided to go and urinate in the corner of a nearby car park and after finishing, decided to have a nice drunken lean on a lonesome Hyundai Excel. Suddenly the pleasant wall music was interrupted by an ungodly "OOOOIIII!!! WHAT THE FUCK ARE YOU DOIN' TO ME CAAAAR??" and three very rough and methy characters appeared, coming towards Charles with gusto. Charlie, a gentleman, retreated over to us where we were all confronted. They believed he was scratching their precious Excel and kept repeating the sentence "YOU SCRATCH OUR CAR, WE SCRATCH YOU!!" They simply would not accept that Charlie had not scratched their car, nor did they bother to inspect it for scratches. Eventually Blumberg chimed in with a hearty "Boooooys boooooys boooooys, noone scratched ya car, and there's no need for any scratching at all. It's been a bloody lovely evening and why ruin it with this nonsense? Why don't you just get yourselves home and crack open a cold one, looks like you've earnt it." Somehow this changed everything, all of a sudden they were shaking Blummer's hand, apologising to Finn and I, threateningly telling Charlie how lucky he is and then they were gone. Lesson: a long drawn out Booooys Booooys Booooys can calm down most situations involving revved up male meth heads.

It had been a large night at The Tote, many bands, many buddies, many bevvies. I was kind of spent from the night before and I had some strange girl who looked to be about 15 almost choke me to death by jumping on my back and hanging from my throat. We had played a decent show and my near death experience inspired the want of a quiet house with close friends, but not before a slice of pizza from down the road there. Strawberry Pete and I (where was Dave? I can't remember) arrived at the pizza shop to find my good friend Nick Murnane in a heated discussion with another man who I did not know. Nick, being a firey Ballarat boy was shaping up for fisticuffs and I stepped in. "Nick," I said with authority, "you're a sleepy drunk guy and you need to go home and have a sleepy drunk time, other guy, you're just a plain old annoying guy, go have your annoying time elsewhere." Other guy left, Nick gave me a cuddle and stumbled towards home. We had pizza and I was thinking to myself that this was the exact kind of time I wanted to be having. We got to our home for the weekend on Christmas St, Northcote and eventually realised that we had cracked the code to life: Be the guy you need to be to have the time you want to have. So simple, so true. 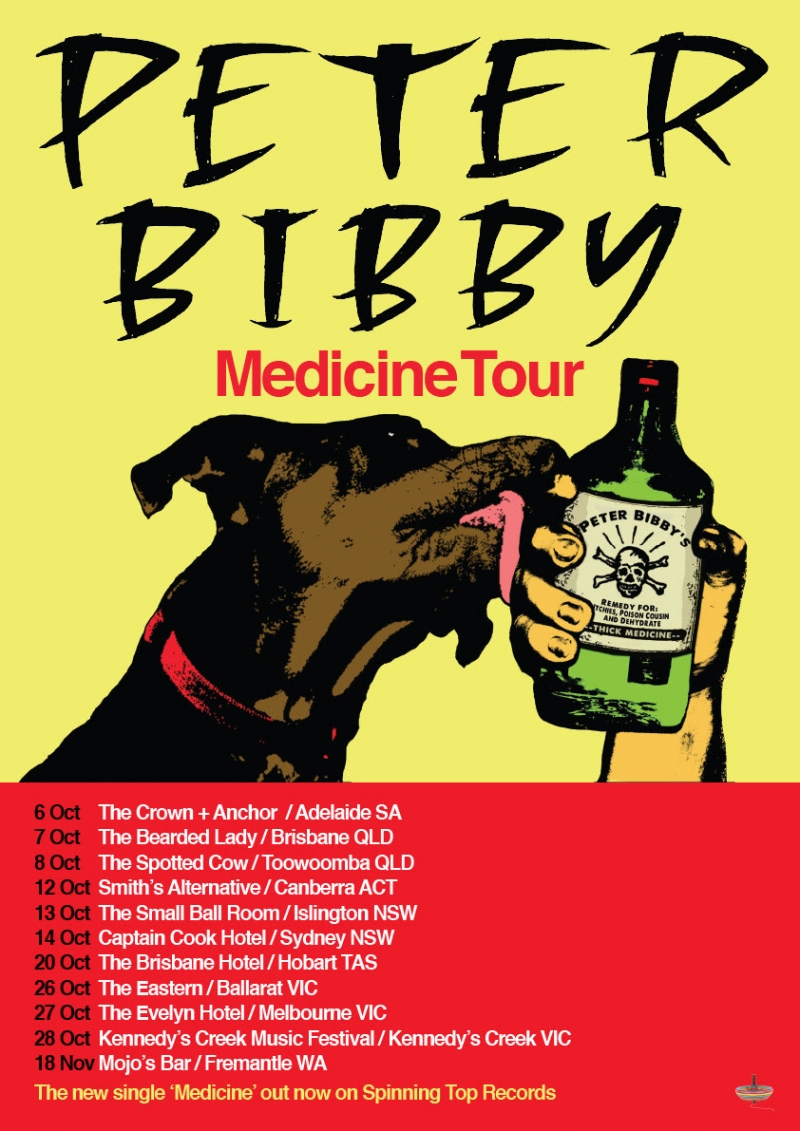 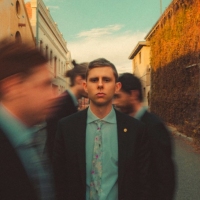 Perth's J.F.K release new single tackling homophobia - A Boy And A BoyThe five-piece's frontman details a personal account of his own experiences in a ripping tune. 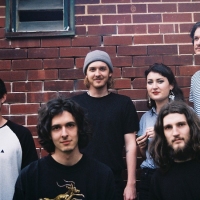 Premiere: Ah Trees and Moody Beach make musical magic on Do It All WrongThe WA outift have new band members and a heap of WA dates on the horizon.
Bands