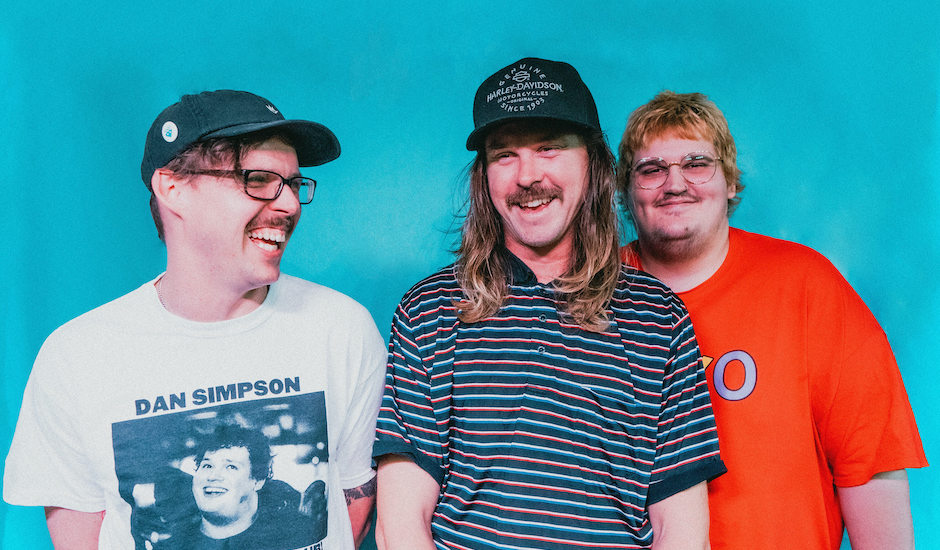 Header image by Will Johnstone.

There's a lot of brilliant Australian music being made within that pop-punk/pop-rock/alt-pop kind-of realm; acts that bring together various paces of guitar with some incredibly strong, earworming hooks that don't leave your head until months later. It's clear Australia's got something really special within this niche, building upon the foundations set by predominately US-based groups and creating something entirely new out of it, brimming with a different energy that places it in an exciting new lane.

Brisbane-based trio WALKEN know all about this, with the three-piece forming back in 2014 under a foundation of influences stretching from Blink-182 and The Smashing Pumpkins right down to local favourites such as TOTTY and TOWNS; acts that have become specialists in gritty, hard-stomping alt-rock and pop-punk. In the time since, they've come to explore the ins and outs of this sound, often diving headfirst into the pop side while contrasting it with rushing punk-rock the next release, balancing their tastes and creating something awesome out of it.

Despite everything that's been thrown to the group in 2020, there's no denying that they've really stepped it up. They kicked off their year with the anthemic Regular Human Person before diving into Fever Dreams a little while later, and now, they're saying goodbye to the year with one last send off that captures all their charm and energy as best as it's been shown thus far, through Hindsight.

Hindsight is a song that really brings everything together for WALKEN, summarising their alt-rock-pop charm in a quick three-minutes while bringing deeper reflection to the forefront, showing how the group channel the peaks and valleys of their lives into creating some really great art. "This song was written after falling out with a friend that I was really close with at the time,” says frontman Matt Cochran on the single, which arrives ahead of two dates in the new year (and we're sure plenty more to come). “We didn’t see eye to eye and in the end, we eventually grew apart."

"It talks about how we both treated each other poorly, how I disassociated from the situation by binging comedy shows like The Mighty Boosh and Arrested Development, the self-realisation of which blink-182 member I relate most to in adulthood, and there’s also some not-so-subtle Radiohead + Lord of the Rings nods in there."

It's a moment that really positions as a band worth keeping an eye on if you're not already, and you can take a listen to the song below while you better get to know them underneath:

Pat: Hello, I’m Patrick Shipp. I handle janitorial duties in WALKEN, such as the mopping of blood and sweat after shows, and the handling of chemicals and assorted rags during the song writing process. I also play guitar and do backing vocals - mainly yelps and deep sobs.

Matt: We also have a beautiful Drummer named Beej, but he doesn’t like doing written interviews so much – he’ll chat your ear off in person, though.

Thematically a lot of our songs touch on love, sex, excitement, paranoia, mental health, reflection and personal growth. What would you say our vibe is, Patty?

Pat: Yeah, these days we’re definitely pushing more of a mathy, pop-punk vibe I’d say. I’m pretty much trying to squeeze in as many weird lead guitar parts as I can into Matt’s well thought out song ideas, because as the old saying goes, “If it’s not weird, it’s not revered”. It’s a common expression, please don’t google it.

Matt: Usually I’ll start with a mostly realised song idea. Like, most of the sections for a song; or it’ll be a fully fleshed out demo recording with the majority of parts written.

The guys will help me figure out what parts should change or stay, then they add their individual flair to the parts which makes it feel more like a fully realised band effort.

For these most recent singles, we recorded Drums, Bass, Guitars and Vocals at Bedlam Records. And a lot of the percussion, synth and drum machine layering was recorded from my makeshift studio set-up at home. We’re aiming to eventually self-record as much as we possibly can, so I think for the next stuff we’ll just track drums in a good studio space and then do the rest at home.

Can you tell us a bit about this new single, Hindsight?

Matt: Lyrically it’s just a song about reflection. It talks about a friendship that ended due to each person growing into different people and me reflecting on who I am now, what my vices are, how I handle things and how the grass always seems greener on the other side, even when you know it’s not.

Pat: It’s a great song. One of our best ever I’d say! It’s one of my favourite songs to play live. Matt wrote great lyrics for it. It’s been a weird year for the world but I’m glad this is what we’re capping 2020 off with.

Pat: Well, we have a lot of material we’ve been writing and demoing. The whole music industry is in a really tentative place right now, so it’ll depend a lot on that.

We have an album planned out, so we’ll probably start working on that. Or even release some more singles before that. Hopefully lots of recording, and if permitting, a whole lot of shows in QLD and interstate.

Matt: I’m not too sure, people can take away whatever they like, really!

Matt: All of our songs are exclusive to Bebo, actually, so you can only find us on Bebo. Actually no, that’s a lie, I’m sorry. 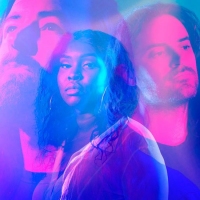 Premiere: Holy Holy leap into the future with new single, Port Rd feat. Queen PIt's the band's first single since their brilliant My Own Pool of Light record last year, and comes with news of an east-coast tour too. 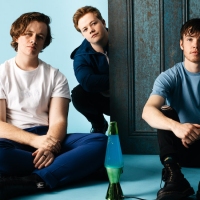 Premiere: Adelaide upstarts Choosing Sides send off their 2020 with Cardboard SeatsFresh from a run of sold-out shows, the Adelaide trio prove why their 2020 was a success - and why they're ones to watch in 2021, too.
Bands

“Honestly, that’s the most we could ever ask for, is for people to find a place in their lives for our music to soundtrack whatever situation they are in.”