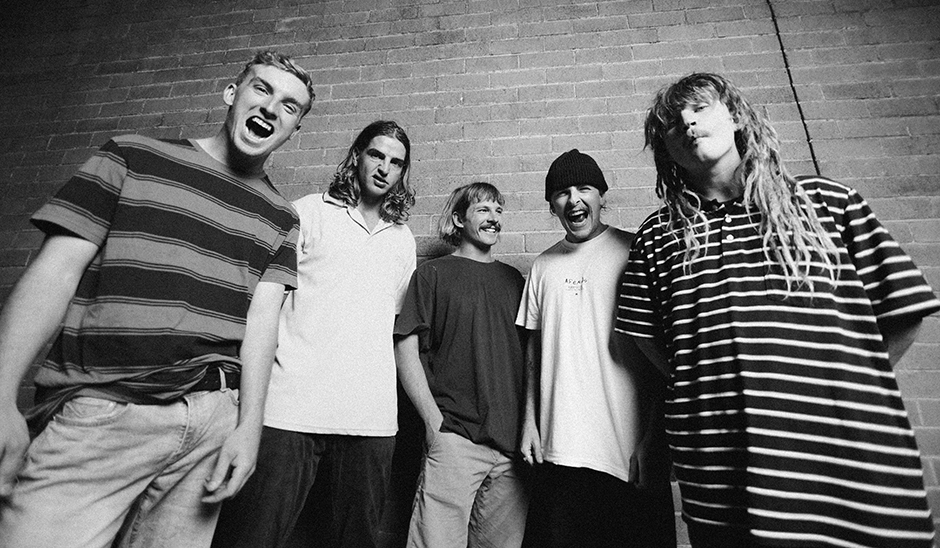 If you haven't quite gotten around The Terrys yet, you're missing one of the most exciting - and talked about - new bands from regional New South Wales. The five-piece helm from the small town of Gerringong in the state's south coast (a solid 40 minutes or so south of Wollongong, if that helps), whoover the last two years have blossomed into a defining act of the town's music scene, capturing their sun-soaked, sea-side energy and how they're able to translate it into gripping and forward-thinking indie/alt-rock that's really quite exciting.

In recording, their excitable energy has translated into singles littering the past few years - each one better than the last. In 2021 alone, they've already dropped three songs (Wig Out, Our Paradise and most recently, Cost The Peace), exploring different facets of their charming sound and how it takes on flavours from what they're listening to at the moment; splashes of brit-pop, psychedelica, punk and beyond weaselling their way into The Terrys' sound. Then, there's the band's presence on the live stage, shown through a completely sold-out east-coast tour just wrapped.

Their latest single Cost The Peace proves exactly what we're talking about. It's a thrilling burst of alt-rock that swings between these Californian, Red Hot Chili Peppers-esque riffs - something that no doubt comes from their wind-swept surroundings, much like that of the Chili Peppers - and something a little heavier and more surf-rock adjacent, packing a punch but telling a story while doing so, ensuring that the track isn't just three-minutes of pacing guitar that you can't keep up with.

Lyrically, the song is about reflecting on the head fog of the day after a big night, and the all-too-familiar chat of "shit, we're getting too old for this," as the band say. "Cost the Peace is about the head noise on a Sunday morning after a big one and you’re thinking to yourself, I shouldn’t be doing this shit anymore," they say on the single. " It’s about reflecting on some of your bad habits that cost you your peace."

It works well into the single's sound too, if you think about it. There are these moments of pacing manic-ness - which kinda feels like the rush of a night out - but it's juxtapositioned with these hazier choruses and bright-eyed kind-of energy about them, which almost takes on this morning-after quality. It's probably us thinking too much about it, but it works in our eyes - and hey, we're going to give 'em that.

They've been teasing a debut EP for a minute now and we know there's plenty more on the way in recording and on the live stage, but before that goes down, take a dive into Cost The Peace below, and better introduce yourself to The Terrys underneath. There's a reason why they're blossoming into one of the south coast's most talked about bands at the moment, and you're going to want to keep up.

We’re 5 blokes from NSW South Coast (shout out Gerringong) that love making music together and having a sick time. The band came together during COVID lockdown last year when we uploaded a cover of Mallrat after seeing the triple j Unearthed #covered19 on Instagram. Three of us were living in a shack out the back of our mate's Dad’s place at the time (Terry). Since then we’ve put out a few releases and thankful the Terrydactyls loved them. We just finished our debut tour which was so crazy to see people singing our songs in different cities that we had never even been to before.

Our music is like the combination of Fergie & Jesus (with a hint of some of our favourite artists like Jamie T, Skegss, Stickies). We write music from past experiences and future thoughts. For example, Penny is about our mate (Tasting With Tom) and his one that got away, Our Paradise is about looking around and realising that Paradise is all around us if you can manage not to get caught up in the 9-5 grind.

Normally either Lukas or Salvo will come up with a guitar riff then Finchy will write lyrics around it, or sometimes it’s the other way around. Then we’ll jam with the whole band and get it down. AND THENNNN we got to the studio with our boy Jack Nigro and he helps us bring it all to life.

Can you tell us about your new single, Cost The Peace?

Cost the Peace is about the head noise on a Sunday morning after a big one and you’re thinking to yourself, I shouldn’t be doing this shit anymore. It’s about reflecting on some of your bad habits that cost you your peace.

Heaps! We’re playing the Save Crowbar show with Dune Rats, Ruby Fields, Skegss and Hockey Dad next Saturday (29th May) which we’re so keen for. We also have an EP in the oven and maybe even a national Tezz Fest tour but more on that later..

We want people to feel awesome when they’re listening to our music. Ultimately we want to get them in a space where they’re putting having fun at the forefront and are able to forget about whatever shit they’re dealing with.

We have a Facebook group called ‘Terrydactyls’ that we like to give our fans music before it’s out and show them teasers blah blah.. anyone can join the group so come get it. 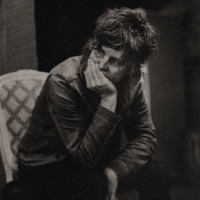 Premiere: Perth legend Bob Evans shares the video for his single Always YouThe song - taken from his latest album, Tomorrowland - gains a video ahead of his national tour, kicking off next month. 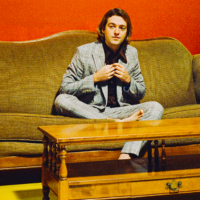