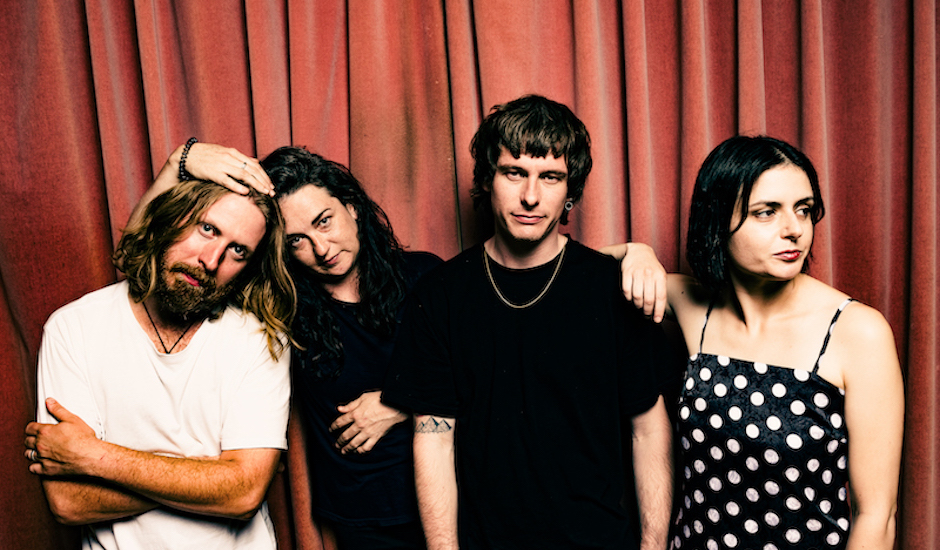 It's no secret that Melbourne is a long-time hot-bed for the dream-pop/shoegaze-esque worlds, and acts like Flyying Colours are at the root of the city's continued success. The four-piece are a long-time favourite to the city's shoegaze-rock world, forming in 2013 with a distinctly Australian twist to the hazy sound that's defined by some of Flyying Colours' biggest inspirations - Ride and Slowdive included. They've built on that ever since too, forging a trajectory that's seen them blossom into a live stage and recorded mainstay alike, with breakthrough success well away from their Australian home too.

Since their formation, Flyying Colours have constantly one-upped themselves, capturing the heart of the band and their continued evolution and growth with everything they've put out. Their self-titled 2013 brought an introductory moment further built upon with their second EP ROYGBIV in 2015, while their 2016-released debut album Mindfullness seemed to welcome Flyying Colours at a newfound peak, highlighting their versatility in sound and songwriting amongst an indulgently rich 10-track duration.

Now, with their fresh-off-the-press second album Fantasy Country, Flyying Colours are really finding their moment - and it's something so incredibly exciting to see. Condensed down to eight tracks, Fantasy Country is a rich exploration of Flyying Colours' long-time influences and how they're evolving themselves beyond the bands that's come before them, moving forwards with a transformative mix of alt-rock, shoegaze and psychedelica that comes together with jigsaw-like precision on Fantasy Country.

It's hypnotic and indulgent, yet hits with an added emphasis when need be; chanting with anthemic twists and turns amongst a more lively and animated palette of sounds - one that really extends beyond the more subtle taste of their debut album. It's a step that suits the band well, building on energies they've teased throughout the last few years and creating a release that oozes with this revitalised energy, all while stepping not too far away from the distinct Flyying Colours edge that have helped elevate the band over the last decade.

They're launching the record with a string of shows across the country happening now (there are dates in Brisbane, Sydney, Melbourne and Adelaide to come, through to early April) and you can find more information on them here, but otherwise, take a dive into Flyying Colours' second album Fantasy Country below, alongside a track-by-track walkthrough detailing the record and its creation and meanings, written by the band's Brodie J Brümmer:

Ever since I was a teenager I have always written songs with a tracklist in mind. This was the first song I wrote off the album so in a weird way I always felt like it had to be first. To me, it’s a sarcastic take on doing the things you love but finding them difficult. We toured so much in 2016, and loved every minute of it, but sometimes you get anxious about going on stage or something like that and you have no idea why. Listening to it now I’m not really sure how it ended up sounding the way it does with all the synth and stuff. Early demos are much faster, no synth and are a lot nastier. It just changed as the album happened around it, I guess.

A lot of this album was really difficult to finish for a variety of reasons (confusion, doubt etc), but this song always felt like it would work out (kinda funny given its name and listening to the words). It was the first track on the album we sent to Woody Annison to be mixed and It was the first we played live. We put most of this album together remotely (pre-pandemic, go figure?) so it was a brilliant feeling to get our parts together in the rehearsal room with this one. It was a pretty different vibe and a bit of a new sound for us at first which I am glad we embraced.

The release of this album was delayed for pandemic reasons, but it also took far more time to finish than was ever intended before that. Parts of it seem so far away from me, and I feel that sometimes with this song. I have written a bit about this song recently...it is from a time in my life where everything was moving very fast, and while I was happy, I never really felt like I really had control. It’s about getting older and changing, and also not changing etc etc.

The opening guitar line was just me just checking my tuning in the demo and after hearing it so many times it became part of the song and I had to record it.

When we first tracked the drum parts for this song it was VERY different. It’s weird to think about it now and I can’t imagine the way that it was, but there is a version somewhere. I think because of that it was like a secret song on the album for us and we never really knew how it would turn out. It was a very natural process recording it all as I was making up as I went along which was very different to the rest of the album. Someone recently said it had a sort of New Order vibe which I think is really cool.

On our first European tour we were so excited to be on The Autobahn, and to listen to Autobahn on the Autobahn. We had some great drivers, and had some really long drives and tight deadlines. White Knuckles refers to the effect of clenching one’s fist, perhaps around the steering wheel of car going really fast late at night...

This track is a bit of a remix of different parts of the album. White Knuckles primarily, but it also uses the 808 sound from Goodtimes, the synth lead sound from Big Mess and so on. It is the passenger experience to White Knuckles being the driver. Trying to stay awake in the
backseat, driving all night, the road becoming fuzzy and drifting off at 200kph to wake up in a different country. I enjoyed making it so much.

This track was a bit of a killer to record. I had so much in my head to throw at it and I always felt like we were running out of space. The outro blew out and really became its own thing which is kinda weird and cool though. I think that whole section is most poignant part of the album. I remember jamming the intro out at a few sound checks on tour and was so excited to record it. Definitely the most like our old stuff and the most shoegazey song on the album - I got lost in that a little and had trouble being happy with it, but thanks to Woody I really dig it now.

I have always had a fascination with flying and hadn’t really flown anywhere before the band. There’s a kind of mania being up in the air with your friends, away from everyone without your phones, going somewhere far away. I find it very exciting and calming at the same time. It will always be an event for me, no matter how many flights we catch. I wanted this song to sound like what the clouds look like through the little window on a calm day. Slowly moving, changing, but not too much. 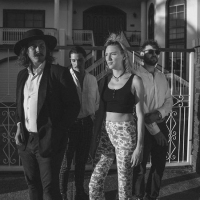 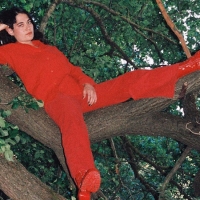 Meet Maple Glider, who we're tipping as one to watch with her new song, Good ThingThe Pieater-signed Melbourne newcomer was on our ones to watch in 2021 list, and now, she's making our predictions come true.
Bands