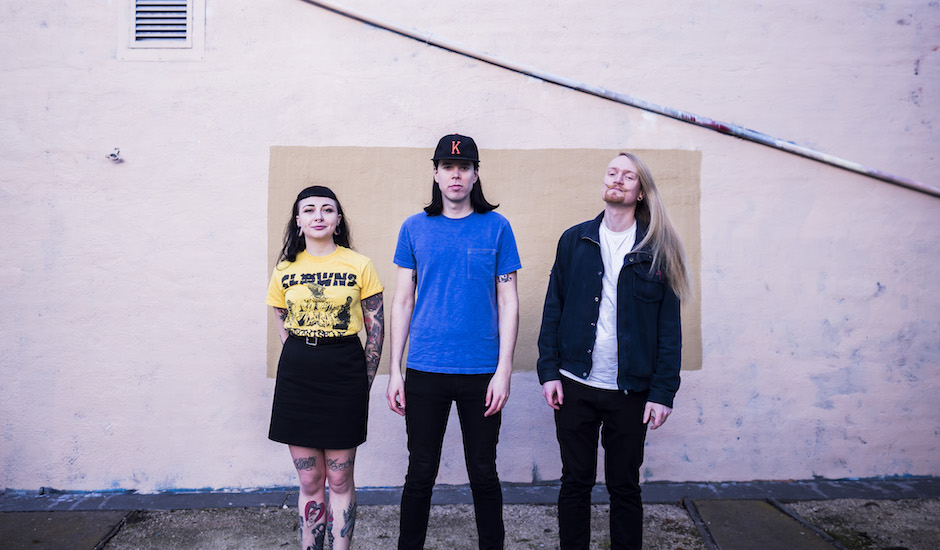 Following on from ripping debut single All Together, Melbourne trio Househats aren't messing about with second single Stop, a rollicking slice of garage-punk. Once those thumping drums kick in from the first second it's relentless couple of minutes that is a nice blend of energetic punk-rock but with some pop elements to it. Whatever you'd like to call it, we're picking up what it is they're putting down, and you can learn a little more about 'em below:

Freddy is originally from Oslo – he’s the one with the resplendent moustache. Joshua is well established in the Melbourne music scene, and has played in a whole bunch of bands, including a band confusingly called From Oslo. I (Margy Noble, bass) don’t have any ties to Oslo, I just moved to Melbourne from Queensland to pursue a PhD (which I promptly dropped out of to play moe music).

For most of the current songs we’re playing, which we’re turning into an album this month, the core ideas came from Freddy, then Joshua and he work on structure and some more melodic ideas, then I come in and add in the pieces that are missing. We’re actually a very collaborative sort of band, and work really well together. To mix things up from our initially developed writing process, we went away at the start of 2018 to country Victoria for a week. No phones, only a very limited supply of booze (but plenty of marmalade), and we just jammed – anybody would come up with something rhythmic, or a riff, or a melody, and we investigated them all. We ended up coming away with a ludicrous amount of useable music, and we didn’t even try to kill each other!

Can you tell us about your new single, Stop?

Even though it’s a high energy song, it really promotes taking time for yourself. Life can get hectic, everything is piling up on you – sometimes you just need to slash your tires, and put yourself first. Come back to that anxiety-riddled shit storm later.

We’re spending February knuckling down to record our debut album (!!!), so we’re laying low until March 1st, where we’re having an album fundraiser at The Gaso with our lovely mates Yes, Yes Whatever and Blaire. After that we’ve got a few things coming up, including Sydney Road Street Party (March 4th, The Penny Black) and By The Meadow (April 6-8th, Bambra VIC) – it’s going to be our first time playing a camping festival and we’re all a bit ridiculously excited.

Once we’ve recorded our album, we’ll have it ready to release by June. There’s plenty of exciting things on the horizon but that’s probably enough to let you know for now – it’s going to be one heckin crazy 2018!

Spotify, Triple J Unearthed, Google Play, iTunes (does anyone even use that any more?) – all the usual spots. 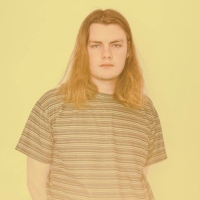 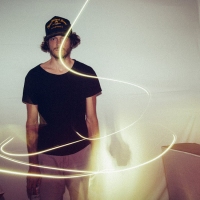