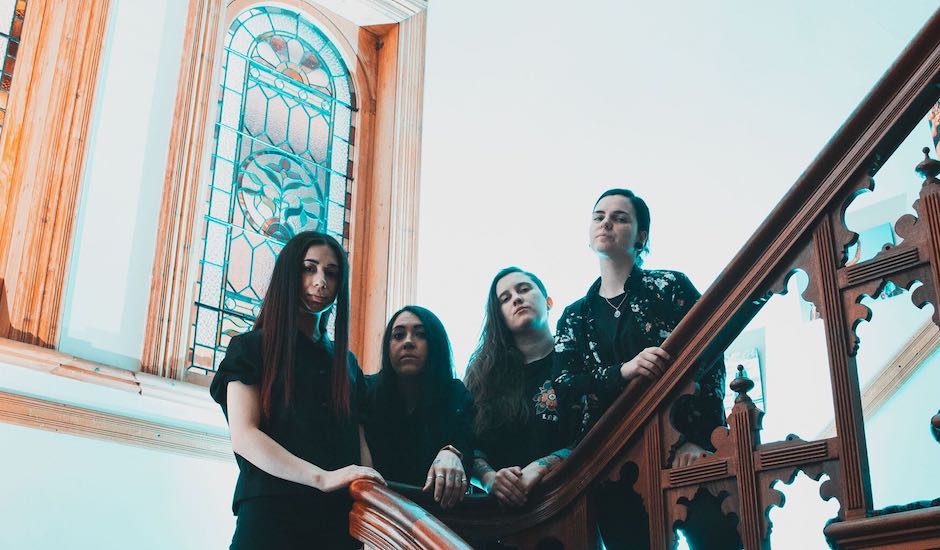 On their new album I'm The Reaper, The Beautiful Monument are giving us everything - everything. Over the last few years, the Melbourne alt-rock group have stepped forward as one of Australia's most invigorating bands in the heavier rock scene, placing themselves into the spotlight thanks to their ruckus-inducing live shows and strong, lyric-focused songwriting, which often sees them pair vulnerability and personal anecdotes with strong guitar riffs and detailed percussive melodies that really set them apart from the rest. It was perhaps what made their debut album - 2017's I'm the Sin - such an engrossing and head-turning listen, setting themselves up as one of our heavy music scene's essential names that on their new album, I'm The Reaper, they only come out to cement.

Out now through Greyscale Records (with who they signed with just prior to the album release), I'm The Reaper is ten tracks of hard-hitting vulnerability and openness that almost feels like the opening of a personal diary, backed with musical diversity that stretches from hard-hitting, guitar-driven punk to moments more subtle and relaxed, focusing more-so on the versatile vocals of frontwoman Lizi Blanco. Throughout its duration, the album sees Blanco lay everything on the table, from mental health and dealing with grief to growing and becoming stronger after hard moments; reflecting and evolving both as a human and a musician as the record draws longer.

"If I hadn’t have moved away from my family, The Beautiful Monument wouldn’t exist. Everything happens for a reason and sometimes it’s hard to understand at the time, but it all ties in and makes sense eventually," Blanco says on the record, specifically talking about the "intergenerational issues" within her family that define many of the album's themes and songwriting. "This record is strongly associated with a lot of the negative times in my life (the last two years especially) which ended up shaping me into the person I am today. It’s a very personal record to me. That said, it doesn’t only focus on the negatives, but also the positive outcomes from these shitty situations - from my mental health, dealing with loss and then finding someone I adore and laying toxic relationships and situations to rest. It’s the reaping of I’m The Sin and the beginning of a new chapter."

There's a lot to tackle within the album's ten tracks, and with much of it being such a personal reflection of Blanco's past few years, we thought we'd leave it to her to explain as she walks through I'm The Reaper one track at a time in an album walkthrough. Dive into it while you stream the album below:

This is probably my favourite track on the record. This song is incredibly personal to me as it dives into my mental health. I’ve always been “the tough guy” who was there for everyone else so when it came to my own quarrels I felt like I was too much of a burden on people and just internalised everything. I very quickly learnt that I was just leading myself down a very negative path and I should probably practice what I preach. Allowing myself to be vulnerable is the hardest thing I’ve ever had to do because it goes against what I thought was expected of me.

As I’ve mentioned in the past, I’ve had some drug-related issues within my family. This was first heard on I’m The Sin in our track Ashes which spoke about one of my brothers’ addictions after a life-changing loss. Deceiver is essentially part two except now focuses on my oldest brother which was totally unexpected; especially after how hard it was to deal with the first time. On a positive note, he is taking all the right steps to bettering himself. It’s all quite bittersweet, my brothers have definitely shown me a path I hope to never stumble down.

Toxic friendships are something everyone should be very mindful of. People can definitely change after time, it could take seven years, it could take more. But the moment you realise that negativity has taken over within the relationship, be it a friendship or anything more, rid yourself of it. People come and go, and as heartbreaking as it can be, not everything lasts forever. I still miss this person everyday, but letting go was for the best and I sincerely hope they’re doing much better in life.

I’d never experienced loss until the 3rd of November 2016. I lost one of my closest friends, my future housemate and our manager. I never learnt true heartbreak until that day. My world stopped in its tracks. It felt like a sick dream. All of a sudden it hit me that I would never get to speak to him again, I would never see that proud dad look on his face when he saw us girls doing our thing on stage. It’s fucked really. I miss him a lot and two years on I still think about him every day and talk about him every chance I get.

Kintsugi is ‘the art of precious scars’, something broken can be made more beautiful because of tragedy. I came so close to losing my best friend and former bassist Shelby to a rare medical condition. To come so close to losing my sister was traumatising. We were helpless... no one knew what was going on and we never got definitive answers from the medical professionals trying to treat her. All we could do was hope that she would make it out alive, and I’m so grateful that she did because I don’t know what my life would be without her in it.

I was treated quite poorly in high school by a lot of people because I was ‘emo’. I used to get death threats and kids I didn’t even know would bully me which is something that still happens in this day and age to a lot of people. When Manifestation was put on rotation on Triple J I had a fair few of these people sending me messages because all of a sudden they were super proud of me, and were so stoked that the band was doing well. I think they definitely forgot how they treated me back in the day. I will forgive, but I will never forget that my life, my existence; was disposable to these people.

I definitely delve into the past with this one but also how it’s affected me in the future and the lessons I’ve taken from it. Growing up, my father and I butt heads a lot because we have very similar personalities and are very set in our ways. I’m the youngest child and the only girl in our little Spanish family, so there were big expectations for me to be the perfect child. Extremely intelligent, prim, proper; all the things I am not. I was a weird kid, obsessed with the occult, horror and ‘the devil's music’. This was a real shock to someone so traditional and I get that... now. But now that I’m older, I understand where he was coming from and that he just wanted what he thought would be best for me. We come from very different generations. I’m glad he’s finally realised I have no interest in being a doctor or a lawyer and is now my biggest supporter in music. There is so much more to this song, but only those extremely close to me will ever know the full story.

For a while there I thought I was cursed... after Justin passed I then tragically lost another five people, and almost lost a seventh. This was my mourning; the only way I knew how to deal with so much loss was to write about it and how I felt. I now understand the true meaning of losing someone, and it’s so much more painful than any breakup or friendship failure.

The first ‘love song’ I’ve ever written. I unexpectedly fell in love with someone I never thought I’d even have a proper friendship with because I was so intimidated by them. The thought of being vulnerable and putting my heart on the line for the millionth time is something I was very adamant I would never make the mistake of doing again. No one wants a lyrical repeat of I’m The Sin let's be real. But here I am. She absolutely changed my perspective and I couldn’t be happier that I landed someone so incredibly beautiful and talented and for that, I will take a risk.

Ahh, The Silencer. The verses of this song look at life through the eyes of an animal in the slaughterhouse and imagining what goes through their head as they’re lining up to be killed. The chorus is about the people out there giving these creatures a voice. The meaning of the title is both for the contraption on a gun and the people who choose to keep their mouths closed about this injustice. I’m not by any means telling people they’re evil for consuming meat, just shedding light and perspective for them. 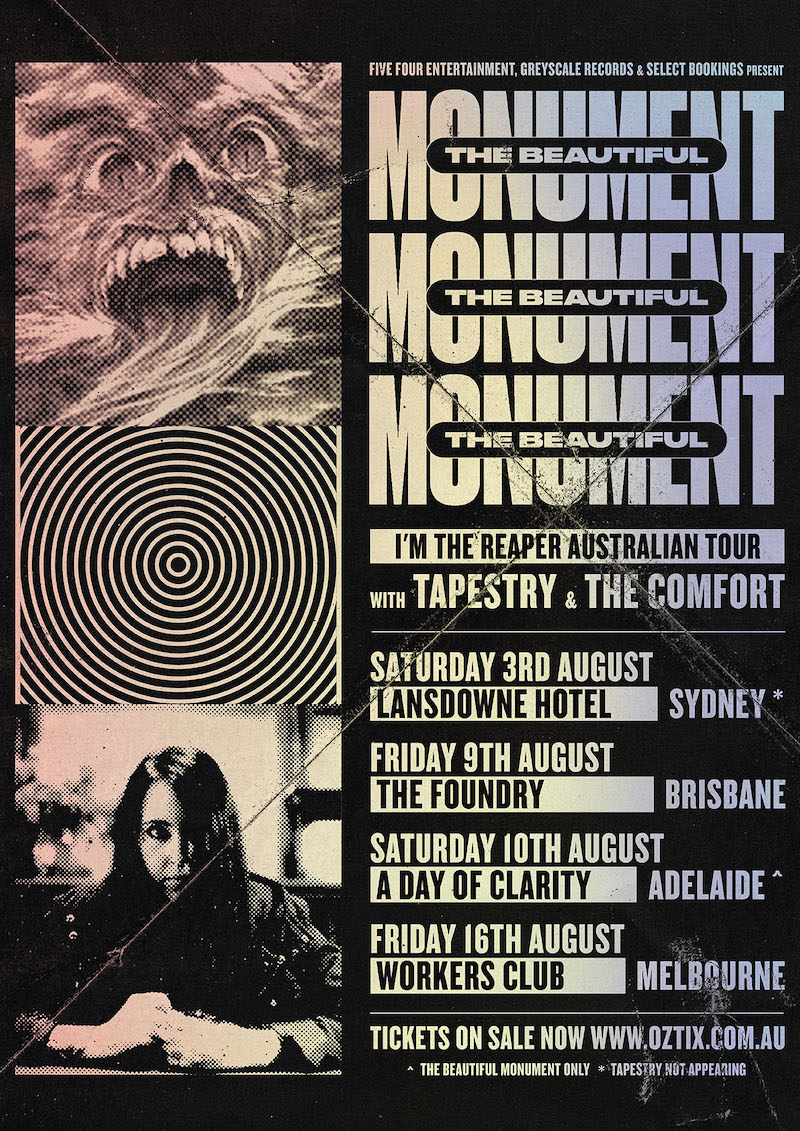 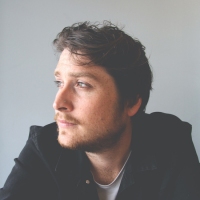 Premiere: Hayden Calnin heads out in the clip for Fuck CollingwoodThe clip spotlights one of those nights out where you go out for the sake of it, even if you probably don't really want to. 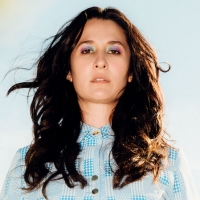 Premiere: Jess Ribeiro shares the clip for Young Love ahead of AU tourIt's taken from the Melbourne musician's amazing latest album LOVE HATE, which arrived back in April.
Bands