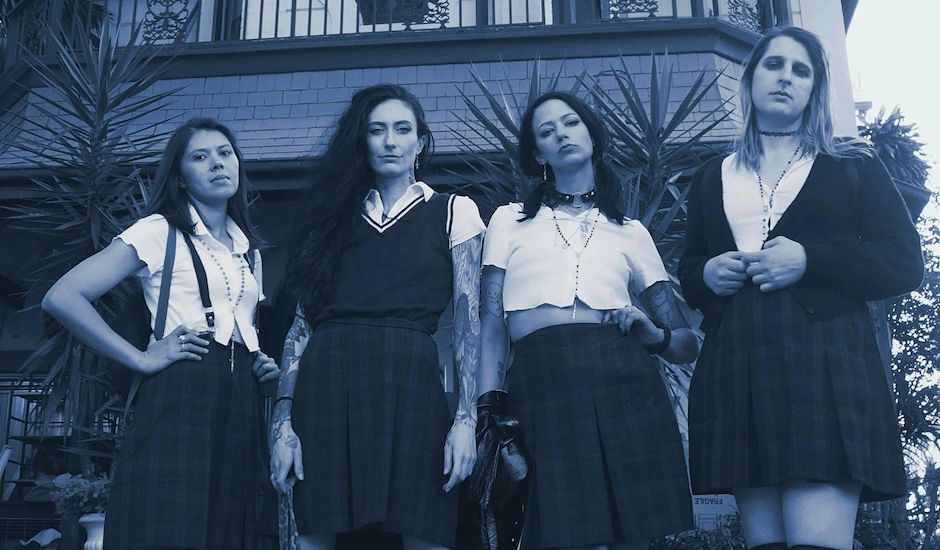 It's been an exciting year for BOYSCLUB. The Sydney-based four-piece - vocalist Sera Doll, guitarist Ava Noir, bassist Lou Harbidge and drummer Skarlett Saramore - have blossomed into ones to watch amongst the heavier musical space in 2020, with a striking display of tracks throughout the year - kicking off with their debut single She, The Atrocity - delivering fiery, pointed punk music that aims to tackle the world around them; their work diving into everything from queer empowerment to violence against women.

They're an incredibly exciting and important newcomer, unafraid to tackle the larger problems in the world with a cut-throat urgency that doesn't at all mince their words down or hide their meanings behind metaphors, creating bursts of energy that leave you feeling more empowered - or knowledgable, depending on who you are - about your place in the world, and what you can do to better the lives of those around you. It's punk energy through and through - both musically and in what they stand for - and in terms of standing out of the pack, BOYSCLUB feel newcomers in their own lane.

Their new single Villains continue to do this, picking up from the work of their first two singles and delivering a third slice that feels potent with its directness in musicality and meaning. It's a burst of energy that pulls you in and doesn't let you go until some three-minutes-20 later, grabbing your attention from the get-go with its charging guitar that becomes only heavier layered as the song grows on, picking up on the frustration and anger that fuels much of BOYSCLUB's work.

That frustrated energy is something that really pushes BOYSCLUB's work forwards; the group channelling anger and cathartic energy into their work to fuel its intensity. This time around, its energy arises from toxicity in relationships, right down to the greater problems which undermine them. "[It's about] misunderstanding your own feelings, and misinterpreting others...classic abandonment issues," says lead singer and guitarist Sera Doll.

"VILLAINS talks about a place that sounds appealing only for it to turn explosive when you are no longer alone in that place you find yourself at. The chorus is pure desperation of wanting someone to not leave your side no matter what. Regardless of how unhealthy this company might be, you feel you can't exist or function without it."

The single arrives with news of a forthcoming debut album expected sometime in 2021, but sooner than that, a run of New South Wales dates kicking off this weekend, which you can find tickets and more information on here. In the meantime, however, take a dive into Villains and its official video clip below, and better introduce yourself to the band while you're at it underneath:

Just four friends in Sydney blazing through a pandemic with riffs.

We’re all so passionate about music, and love so many different styles of music, bands, have played in bands in and out amongst each other even & the same line ups, but Ava can listen to Cattle Decapitation and Lou can belt out a PJ Harvey style banger out of nowhere, Sera literally can pick up her ukulele and sings absolutely all genre’s, we were jamming to Benee together in the lounge room last.

All music is sick if you get a vibe. Art. Haha

Ava and I have always written songs as skeletons jams, and normally come back to phone recordings later and go over them/Ava goes digital and makes the demos sound like recordings, without my stupid drum rolls haha. Sera’s first rehearsal, she plugged in the guitar and we all played Villains first up. No joke, for some reason backroom and bathroom were the first miming jams with Sera vocally and musically Ava had that bass line that started the song, happened really naturally, and soon you will see the different sides of our writing across the album & next single. Then we met Lou.. we truly haven’t given you our full side.

Can you tell us a bit about this new song, Villains?

It’s about toxic and codependent relationships, or in the words of singer/guitarist Sera Doll, “misunderstanding your own feelings, and misinterpreting others...classic abandonment issues”

Actually playing our first ever shows as a band.. which is kinda weird. First two are sold out supporting the legends Johnny Hunter. But we also just announced a bunch of double shows today, stoked Newcastle is almost sold out already. We blame the band BITCHCRAFT for being awesome playing with us there though, killer band.

Anything they take in their own perspective. Pain, anger, surrealism, realism, all isms. This band is 4 people that knew each other and just wanted to make music they’ve always listened to. We can’t do this without them, you.

Our three tracks are all on all streaming services, and three videos on our Facebook/Youtube to watch. BAM do it. 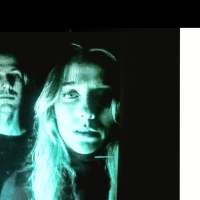 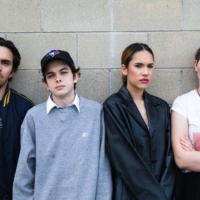 Meet The Ancient Bloods, who strive with their new album Where We StandThe group of Queensland musicians make a statement with their second album, all while connecting to a rich history of culture.
Bands