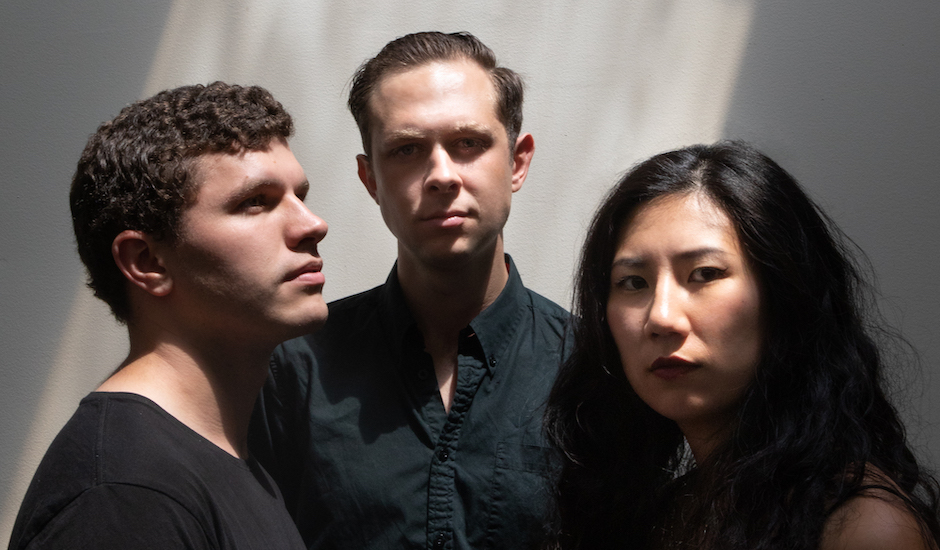 Attempting to simplify Wax Chattels down to a simple paragraph is near-impossible, let alone trying to attach a genre tag to their sound. Since their debut, self-titled record back in 2018 (and the singles preluding the full record's release), the New Zealand trio have consistently pushed boundaries to build a space unlike anyone else, marking their own territory as a band capable of packing the ferocity and fierceness of some of rock's loudest sounds - punk, grunge, even slight smatterings of metal - without even a guitarist, a.k.a. the one band member who often links all these umbrella'd sounds together.

The end result is something indescribable, a barrage-like onslaught of noise that moves between stylings that on their debut album proved a runaway success, whether that be on the live stage - where the group have blossomed into a consistent stand-out, regardless of whether it's supporting acts such as Cable Ties in Australia or sell-out shows back home - or in recording; their debut album a top-ten charting release in New Zealand, which isn't too shabby considering the depth of the talent captured within our neighbours' music scene.

Their self-titled debut album was a big moment for the trio that really ushered them forward as a twisted, warping act of New Zealand's future, and today with the release of their second album Clot, they don't just solidify this and show their debut wasn't a one-trick affair, they also show that they're an act amongst the world's most abrasive, unexplainable, but just down-right brilliant.

From the get-go, it feels like Clot is an album that embraces darkness. Over the space of 11 tracks, the trio extend the percussion-led mania of their debut album into new regions driven by this brooding heaviness that sets it apart from their past work, whether that be through the album's gripping instrumental and the maximalist chaos that moves within the album's 40-odd minutes, or the manic screams of their exchanging vocals, which dives into the depths of the band's experiences as three multi-faceted and incredible people, capable of presenting the emotional potency that goes into their lives.

Across the span of the record, Wax Chattels aren't afraid to embrace the bigger ideas that underpin their music. Glue grapples with a dysfunctional health system through percussive flurries, while Cede "explicitly denounces the Chinese Communist Party for cultural genocide and militant harassment of its neighbouring states" - something you wouldn't typically find within an album, let alone one from a band teetering with commercial success. No Ties attempts to dissect the complex emotions and loneliness of being a first-generation immigrant, while the thrashing An Eye raises alarms on police brutality, and how it's extended from The Hong Kong protests through to the Black Lives Matter movement, with localised examples appearing in Australia and New Zealand too.

They're all incredibly heavy and complicate themes that Wax Chattels aren't afraid to dive into, bringing some otherwise over-looked moments to the forefront of their image and sound in a time when musicians need to be doing exactly that. It's quite a relief to hear, even if the way they go about doing it isn't exactly a relaxing experience. Instead, it's something that demands your attention - something that demands you listen and take notice to what they're bringing to the surface, and in a time like now, that's so incredibly important.

Take a dive into Clot below, alongside a track-by-track walkthrough that dissects its inner themes one song at a time, via the band itself.

Peter: Glue is about seeking medical attention in vain - chronic illnesses going undiagnosed. The idea was to write a song dedicated to my drummer friends - a number of whom have suffered fairly serious health complications as a result of their artistic pursuit, forcing a couple to self-medicate. I wanted to acknowledge this level of commitment, and focus on this gap in the healthcare “industry”.

Peter: This is about the frustration of knowing you should bite your tongue instead of escalating conversations into confrontations. We wanted to make this track uncomfortable, with a nervous energy — and thematically conclude it with the bleak realisation that you should resign yourself to the fact that nothing will ever change.

Amanda: Contrary to its title, Cede is a declaration of independence and self-determination in the face of deteriorating Cross-Strait relations. The song explicitly denounces the Chinese Communist Party for cultural genocide and militant harassment of its neighbouring states. Synonymous with an abusive relationship, the CCP wields money and censorship as a means of control. The choruses — pointedly in Taiwanese Hokkien — asserts that one’s identity will not be dictated by others.

Peter: This song is critical of individualistic methods people use to deal with a status-quo that they find unbearable, rather than collaborating collectively in order to make tangible change.

Amanda: Being a first-generation immigrant, I’ve never had a personal connection with my extended family. There’s an incomparable loneliness rooted in this — I think the weight of parental sacrifice and cultural estrangement is difficult for other Kiwis to understand. No Ties comes from these frustrations, and the helpless desperation of watching the present-day political confrontations in my other, would-have-been, home.

Peter: Thematically similar to Efficiency, Less is More takes the idea further. Here we embrace the confrontation, albeit tactfully — carefully considering and planning each move.

Peter: Spanners & Implements is about getting provoked to the point at which you fantasise about violence. Knowing full well it is unhealthy to languish over these thoughts and feelings, and believing nothing will ever come of them, you indulge all the same.

Us: An Eye was originally written as a response to the 2019 Hong Kong protests, drawing attention to the violent police response, and culminating in the commentary of a panic attack. In 2020, references to the use of benign-sounding rubber bullets by police is devastatingly pertinent in light of the police response to BLM protests, and reports that the New Zealand police may also adopt this “non-lethal” weapon.

Us: Forever Marred describes colonisation and the default status of Euro-centric values, whereby everything is assessed through a “white light”.

Peter: I was in Yokohama when a magnitude 7.8 earthquake hit off the coast, causing the hotel we were staying to shake violently. We were staying on the 8th floor (or thereabouts), and so the building was swinging side to side. This amount of instability is how so much of the world is right now, with no end in sight, so I felt it an apt analogy.

Peter: This is about having a desire to be open to alternative viewpoints — listening, reflecting, and internalising. It is optimistic and aspirational rather than self-congratulatory, acknowledging the difficulty in this process both personally and in wider society. 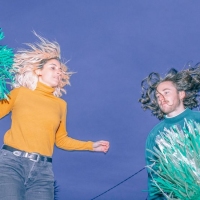 Introducing Wilson's Prom, the new project of Melbourne angels Merpire and FeeldsAfter making an entrance earlier this year with their first collaborative single, the pairing makes it two from two with a new one, titled Manifest Protagonist. 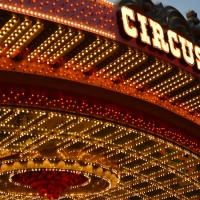