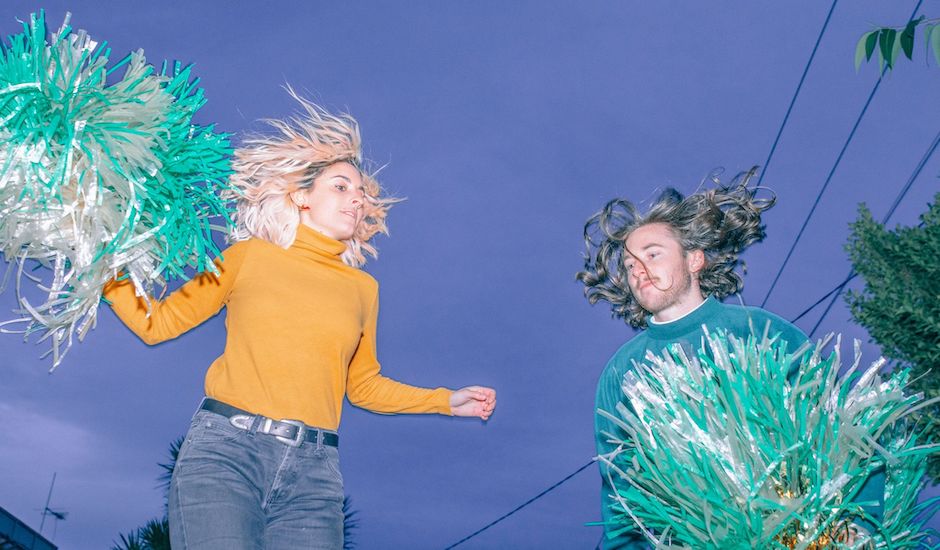 Merpire and Feelds are two musicians definitely not unknown to us, and if you've been following the cusp of Melbourne's indie/pop worlds at any point over the last few years, there's a chance you're probably familiar with them too. The two separate projects are brilliant additions to Melbourne's live music space; Merpire being one of the state's finest elevated through shimmering indie-pop, while Feelds has consistently surprised us ever his debut in 2016, largely through forward-thinking releases that refuse to settle within one set sound.

The pairing are close friends often found on lineups together, which makes their new project Wilson's Prom not so much of a surprise as it is something we've long-awaited. Formed over isolation, Wilson's Prom brings the duo's respective brilliance together into one fully-rounded project, balancing their sounds while edging forward into new ones that really exemplify both Merpire and Feelds' ability to embrace the unknown - whether it be musically, personally, or more generally as a pair of creatives constantly on hunt for what's next.

It made a debut earlier in the year with the first track Love Fool, and now we're stoked to welcome a second track from the pairing titled Manifest Protagonist, alongside the announcement of a forthcoming EP later in the year. Manifest Protagonist feels like the perfect intersection of Merpire and Feelds brought together; their exchanging vocals moving amongst a slurry of slow-slung guitar that kind-of occupies this alt-indie space, with subtle flairs of folk and whatever else in there too.

It's something really quite special - as if we'd expect anything less - that brings the punch both of these respected musicians bring in their own right, but together, contrast one another in a way where the end result is sheer beauty. There's something remarkable about how their voices climb over one another in the single's most climactic moments, but also in how its most stripped-back moments - such as before the final chorus - someone like Merpire takes the lead, occupying the central light for a moment while the other one supports.

"Sometimes when writing together, one of us will come with an idea to the session whether a story/lyric idea or a few guitar chords," the duo say on the single. "Rhiannon came in with a few of the verse chords and then we wrote the rest together. This was probably the 3rd song we wrote for the prom-themed EP so having the idea of the main storyline already there made it fun to create another character's perspective. We pushed the idea of identity and belonging, and the pressure of fitting in with a social norm."

As teased above, the single is the second taste of a forthcoming debut EP scheduled for release on November 4th; the self-titled EP taking place within the awkward chambers of high school prom, and the complex rushes of emotions and nostalgia that comes captured within that.

It's bound to be a brilliant release from what we've heard thus far (and considering what we know about Merpire and Feelds based on their own work, too), but in the meantime, take a dive into Manifest Protagonist below, and introduce yourself to the duo underneath:

Rhiannon and James: Hello! We’re Rhiannon and James, locking it down in Melbourne and kind of loving it. We make music for our solo projects - Feelds (James) and Merpire (Rhiannon) and now together, Wilson’s Prom. This is the first body of work we’ve created together that is purely a fictional conceptual world, exploring timeless and very real human challenges.

You’re both quite seasoned musicians in your own projects, what gave you two the idea to come together and how did it start?

James: We both produce the Merpire tunes already and have been for the last couple of years so we’ve learned to work really well as a team. On the outskirts of Merpire and Feelds, we’ve been writing songs for a while now that we love but don’t quite fit the moulds of our solo projects.

While learning to live with the early stages of the pandemic, we revisited a song we wrote last year with our friends Lauren and Shane who make up the band Smoke Rings, recording it properly for us all just to have. We quickly became fixated on the storyline within the song - a teenage crush in this 1950s high school world, presented as a slow doo-wap meets psychedelic sound. It was a collaboration of all of our music tastes combined.

From the world within this single song grew an idea to expand the story and write a collection of songs, each a different character’s perspective, held in one night at a high school prom - Wilson’s Prom.

James: While putting the EP together we really became swept up in the idea of leaning into a 1950s theme visually but writing music that weaves in and out of different decades, pondering on the fact that one's imagination isn't confined by time, decades, themes or genres. It felt freeing and indulgent to do whatever we wanted. As a result of this freedom, we’ve managed to pull in a lot of things we love about different production techniques and sounds into one EP.

Rhi: It’s never really the same, which keeps it really fun and keeps us learning from each other. Sometimes one of us will come to the other with a half-written song. The bones of it are there but maybe it needs a bridge or a different chorus.

If we’re at the studio (Small Time in Brunswick) where James is the in-house engineer, we’ll write and produce as we go. There are times where in order to write the next verse we want to create the whole world first with the parts we already have. The energy and emotion we build within the production of the first verse and chorus can spark where the next verse might go - whether we want to keep the lyrical content pretty chill or if we want to widen the incline on the emotion to keep it building.

It feels pretty damn magical when we’re both in the zone, on the same wave-length and colouring in our songs as we go. James is a really speedy engineer so while I’m ramping up my production skills, he’s right there making my ideas come to life in real-time. It’s only by working with each other for so long, knowing each other’s tastes and language when producing and writing that it’s become this beautiful, fluid thing.

Can you tell us a bit about your new single, Manifest Protagonist?

James: First of all, we were so grateful to get Zack from Pinegrove on board to play drums for this one! We wrote the song on acoustic in the studio - it was actually the last one we finished, so it was really fun to play off the world we had already created and bring this story to life. It’s built around the idea of formulating a sense of identity and belonging; especially to one’s self, and realising that the way you perceive and think about things can make you the way you are.

What does the rest of 2020 have in store for the project?

Rhi: We’re releasing a 6-track EP on November 4! With the help of our friends at Blundstone, we’re pressing a limited order of 100 vinyl and if you pre-order it, you can win a pair of Blundstone boots. *Said in the voice of a 1950’s car salesman haha*

We combined both of our solo project bands - which is 9 of us! - to make a live video for our first single release, Love Fool, so we’re hoping to get the bands back together towards the end of the year to put on a themed show in Melbourne. It’ll double as a celebration of being able to play live again too. We’ve got all of our extremities crossed that it can go ahead.

Rhi and James: We realise the prom is more of an American thing but we think the lyrics and emotional tension and release within each song are quite relatable - struggles with identity, confidence, crushes, daydreaming.

We’ve added some eerie foley throughout the EP and pushed parts of each song around the room so to speak for a more 3D listening experience, trying to put the listener as physically in the minds of the characters at the prom as possible. We want people to smell the punch and cheap perfume, taste the smoke machine and feel the tension in the air.

They’re also listening to us as a band, playing the EP live at the prom with an inception track you’ll just have to wait to hear. 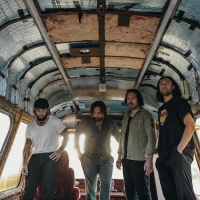 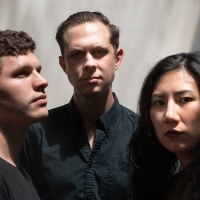