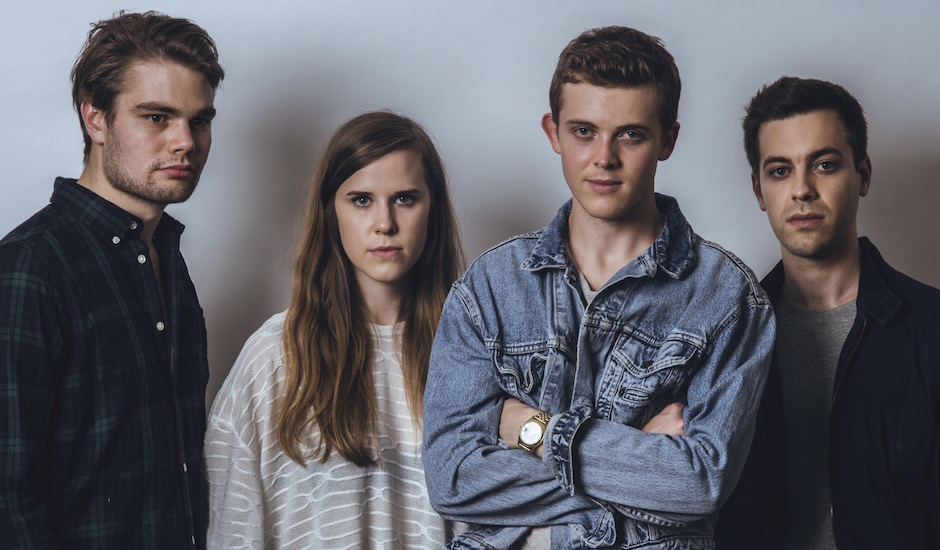 This Friday sees Brissy four-piece Cub Sport release their debut album, This Is Our Vice, and we're really stoked today to share a sneaky little cut from it in track #9 - I Feel Bad Now. It's a slightly different kinda vibe from what we've come to expect from the band to this point, and hints at a really diverse release that we can't wait to listen to in its entirety. But until then, please enjoy I Feel Bad Now below, along with a few questions with vocalist Tim Nelson to see how the album prep is coming along:

What have you guys been up to over the last couple of years?

We toured the US, the UK and Europe, signed a global record deal with Nettwerk Music Group and we wrote and recorded This Is Our Vice. It took a bit of time getting everything lined up for a worldwide release plan, but in that time Sam has learned how to tattoo, Dan worked in Zambia for a few months and Zoe has been making furniture out of recycled wood. With the downtime we were able to foster and re-home four rescue dogs which was equal parts rewarding and heartbreaking. I’ve also been writing heaps of new songs, so album two is in the works!

We love the video for I Can’t Save You, can you tell us a bit about the making of it/ideas behind it?

Our mate Joe Agius came up with the idea of the clip being based around a fallen soap opera actress who’s in a downward spiral and ~can’t be saved~. He explained the idea to us one drunken night; it sounded funny and a bit different to our other clips so we were really into it. He fleshed out the idea and directed/edited it all himself with some on-set help from a whole lot of Brisbane mates. It’s our most elaborate clip to date and we’re super happy with how it turned out.

You guys have a competition giving fans the chance to battle Cub Sport in a karaoke duel; do they stand a chance? How often can Cub Sport be found in a karaoke bar?

I think they probably do stand a chance. Once we’re a few drinks in and slurring along to Mariah, Celine and Shania we don’t have much of an edge over the average punter. We went through a really full-on karaoke phase about six months ago, we were doing it nearly every weekend. We’ve slowed down a bit now, saving ourselves for the karaoke night with the competition winner!

Mariah Carey - We Belong Together

We’re premiering I Feel Bad Now, it seems to be a bit of a diversion from the usual Cub Sport sound. Can you tell us a bit about that one?

I Feel Bad Now is like part two to an earlier track on our album called It Kills Me. While we were on tour in the US, my friend went through a really hard time back home. She’s a really strong girl, but when things accumulate, sometimes it just gets too hard and something breaks. It was bad and I wasn’t there for her. I was on the other side of the world which made it hard, but I couldn’t handle it and I almost disconnected from it because it was an easier way to deal with it than to acknowledge that someone I really cared about wasn’t doing well. I wish I could have been stronger and been someone to count on. So this song is my apology for breaking a promise to be there.

My vocals in the verses and bridge are the original first takes from my home demo. Our producer John Castle said we should keep the takes from the demo because there’s something genuine and effortless about the vocal delivery, so we went with that and I’m glad we did! I ended up changing some lyrics in the chorus so I re-recorded those vocals when we were in the studio, but we kept it to limited takes so that the vibe was consistent throughout. The last thing we added to this song was the high whirring guitar part in the background of the choruses. We felt like sonically the song was too bright but the slightly unsettling sound of that guitar part shifted the overall mood of the song and made it feel right.

And can you tell us a bit about the album that’s out soon - the track list reads like a hateful letter compilation; I Can’t Save You, It Kills Me, Mess Me Up, Runner, Only Friend, I Don’t Love My Baby, I Feel Bad Now…

When I was writing songs for this album, I wanted to go deeper than I had with previous Cub Sport songs. A lot of the praise we have received has always been ‘you guys make really bright, catchy music’ and I guess one of my goals for the album was to create music that was still catchy and often bright-sounding but to marry up those qualities with with words that are genuine and mean something to me. The result is that a lot of the songs have a message or theme that isn’t quite as care free as some of our earlier material. I hope that these songs resonate with people and connect in a way we haven’t been able to before. I’ve grown up a lot and I wouldn’t have made it through an entire album campaign supporting songs that didn’t make me feel something.

You’ve got a big run of dates coming up, must be looking forward to getting back out on the road?

Yes we are so happy to be touring again. Saskwatch are such an incredibly talented band, so we’re stoked that we get to tour Australia with them and see them play. We’re playing a whole lot of regional shows and we're making it to Tasmania on this tour so we’re super excited about that.

And what’s the plan after that?

The album is out in the US at the same time as Australia, so we’re planning to head to the states again and play some shows there. Then we’ll be heading to the UK and Europe later in the year when the album’s out over there. It should be a pretty busy year! 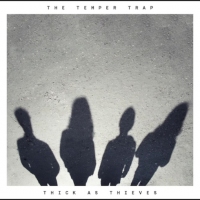 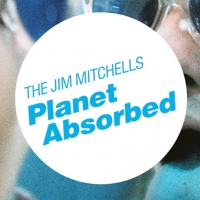