Posted By James Versluis 3 years ago

Introducing Heavy Times - a new column at Pilerats where we explore the best heavy music - ranging from doom to post-punk; sludge to hardcore, and everything else - to come out of Perth and the rest of Australia over the last little while. We've been out of the game for a while, so to kick things off, we're going to recap some of our favourite releases from this year. This time around, we feature four guns from Perth - Skullcave, No Brainer, Fevermind and The Chain.

Clocking in at just over ten minutes, The Chain's debut EP Bitter Pill has no time for any padding, nor time for superlative bullshit. Riddled with alumni from massive Perth acts such as Miles Away, Flowermouth, Apollo Zen & The Others, Bitter Pill has the all the indications of a group of people who know how to write a banger (or six).

Throughout the EP, The Chain showcases a fairly stock-standard brand of hardcore, however, what makes the release special, is the extra bit of seasoning sprinkled throughout the run time (I, for one, can't recall the last hardcore song I heard with an acoustic guitar in it) and building upon that, you get a strong sense that The Chain aren't ones to take themselves too seriously; many of the themes and peripheral material appearing to skewer some of the masculinity typically associated with the hardcore genre.

Considering the pedigree hardcore that has come out of Perth, saying this is one of the best local hardcore releases in recent memory is huge praise, and if you don't agree, say it to my chain.

Yes, that's a Fleetwood Mac cover and yes, it took me a while to work it out too. Skullcave hardly need an introduction. They've been kicking around the Perth scene for a number of years, aggressively pushing the boundaries of their signature Doomgaze sound. Offend, Repeat is no different. A six-minute exploration that traverses through some of Skullcave's more accessible choruses and hooks, almost moving into alternative rock territory, which moves through to some real chunky, hazy, post-rock/post-metal guitar led dives. Never contrived, Offend, Repeat ebbs and flows in a meditative manner, giving the sense that Skullcave are letting themselves be consumed by their instruments, rather than trying to control them.

Little Lies is a fantastic, and unexpected, addition to Offend, Repeat. If nothing else, it really waves the Skullcave banner, further solidifying them as a band that isn't afraid of testing the waters and seeing how malleable their sound can be.

No Brainer - To You

Speaking of the fine pedigree of Perth hardcore, No Brainer are a band that I've been sleeping on for far too long. The No Brainer boys have been pumping out music pretty regularly since their first demo in 2017, with To You feeling like a major step forward in terms of music quality and songwriting for a band beginning to truly flourish within our local scene.

Coming in at just under two minutes, To You punches you square in the face with a frantic, power chord lead, introduction (with some very much appreciated Comeback Kid vibes), into a rhythmic throwdown to close things off. Sure, it's quick, but it packs a lot of really interesting shit into that run time. In my experience, a lot of budding hardcore bands rely on making a lot of noise, not doing anything that complex, and calling it hardcore. The ones that shine, keep things sonically interesting and stray away from the temptations of being a chugg-fest.

No Brainer are firmly in the latter category.

Where the fuck did this band come from? Out of basically nowhere, Fevermind dropped their first, self tilted EP, and I had to quickly scour the internet to make sure that they weren't a behemoth of the Perth scene that had been doing this for years. By far one of the most polished debut releases I've heard from any band, period, here's a sense of cohesion between each of the tracks on the EP, forming one solid body of work, that you only really come to expect from seasoned artists, certainly not those on their first release.

Fevermind wear their influences firmly on their sleeve, and it's easy to draw comparisons between them and a myriad of other bands. However, what sets Fevermind apart, is that they have clearly taken those influences and made something that is completely their own out of it. There's an ethereal aesthetic surrounding the vocals throughout the release, juxtaposed against the rest of the band providing a firm, grounding force. Between the two, the songs drive effortlessly and rarely meander.

Ivy, being the only exception, wherein the song is driven mostly by piano with a tiny bit of overdriven guitar soaring overhead. I'm usually a little concerned when bands mix it up this drastically, but it's simply a great song. It shows Fevermind is far from a one-trick-pony, and something tells me this won't be the last you hear about them. 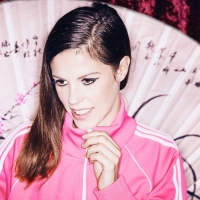 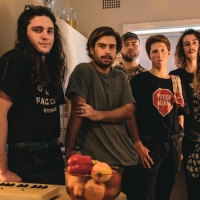 Premiere: In the midst of an AU tour, Good Lekker drop the clip to PragueThrough their upbeat, Brit-pop-inspired sound, the Wollongong favourites have become a force to be reckoned with.
Bands