Moana on being picked as a Wild Card semi-finalist in The Big Splash:
“It was an incredibly enjoyable experience to play the heat with so many good vibes from the crowd and I feel everyone always takes it next-level in a competition format which is also electrifying. But it was definitely a tough heat to be in with so many solid bands, so it was definitely a pleasant surprise to get picked for the Wild Card. Bring it on dudes!”

Semi-Final #2 of The Big Splash happens at Badlands this Friday (today), August 26, with Figurehead, POW! Negro, The Crystal Moth, Segue Safari and Moana. 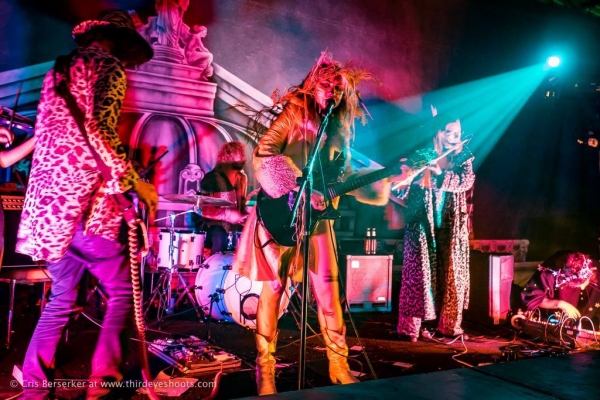 Right from the get-go it seems Moana Lutton was destined to lead a musical life.

I was always a creative child,” she recalls. “Into art, writing stories, making things… singing. A child of make-believe and magic, always. Even now. I picked up the guitar when I was 14 after watching my dad be a kook while he was learning some songs (laughs). I also played some piano when I was a youngin'.

“Music was always around, my mum used to gig at pubs and restaurants in Margaret River where I grew up and I have wonderful, velvety, dreams from childhood dancing at her gigs. And my dad being Maori, music was always present and a way of connecting with one another and telling stories.”

With music being a thing to share during her childhood, it wasn’t long before Lutton (vocals, guitar, keys) felt the need to share her own, with a few like-minded friends.

“It all started a few years ago when I started writing my own songs and transferred to an electric guitar,” he explains. “I could hear the band in my head, the big sound, the explosiveness, the drums, the drama. So I basically just got in touch with two lads - Lochy (Hoffmann, drums) was a sweet 17 year-old who would bug me for jams after seeing me solo and the first time I remember meeting Javan (bass) he was covered in paint and feathers with this vibrant energy, then I heard he played music and the three of us created the band and learnt everything we know now together.

“Later on we met Beau Jones (guitar) at a gig and he recorded our first EP for us and he later naturally gelled as the fourth member. At the beginning of the year we lost two of them to Melbourne so once again I got in touch with some mega musicians including Austin (Rogers, bass) who's wild energy in his band Fuzz Toads got me super excited and Criddy (Chris Young - guitar, synth) who is a wizard of all things music in many bands in Perth at the moment seemed a stellar choice. We also currently have the pleasure of playing with Ali (Clarke, cello) who is my cousin and Pippa (Lester, violin), so it's a big ever-changing beast in Moana world!”

In embracing her creativity, Lutton has never considered what kind of artist she wants to be. It’s all about a natural expression of who she is.

“Creativity is a wild animal inside my soul that I want to let out in whatever way it comes forth,” she states. “That's always been the magic in creativity to me - just being yourself and expressing it. It's cathartic to the spirit. And then I think it goes beyond that; something unexplainably otherworldly. Of course as time progressed a very distinct 'sound' and vibe emerged and we all grew in confidence to just really go for it.

“Later I came to realise there were elements I wanted to achieve as an artist - to be the kind of artist that isn't safe, that isn't afraid to bare the soul, to be ugly, to make people think, to celebrate all facets of life including elements that make people uncomfortable; to transport people to another world. Magic, make-believe. Beauty. A performance that wakes you up! An artist with meaning and a whole lotta fun.”

The year so far has seen Moana gigging constantly, serving to solidify the new band line-up. As for the shows themselves, they’re “dark, atmospheric, heavy rock with a hint of danger,” Lutton explains. “A feast of passion, theatre, intensity and fragility. A music-art-theatre show more than a ‘gig’.” 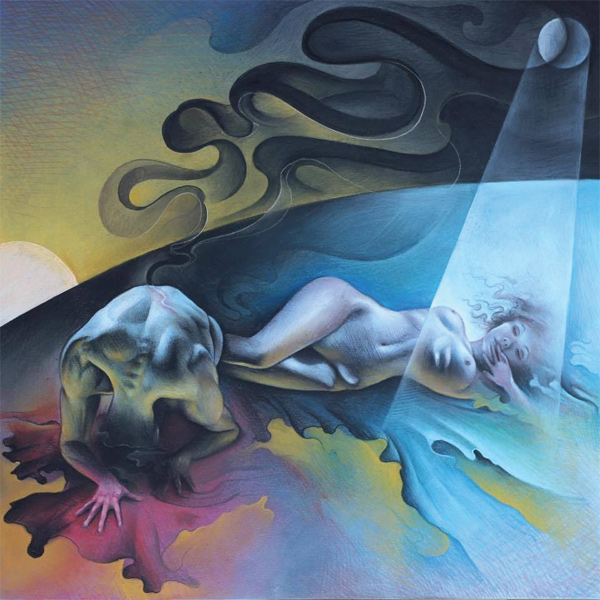 The Trilogy of Black Monsoon  - Artwork by: Kuba Kujawa - EP launch October 31 at The Odd Fellow

Moana has released two EPs in the last two years, with a pleasing evolution taking place from first to second.

“I feel grateful for the reception they've had, for sure,” Lutton says. “It's nice to know there are people who are listening to your work. To be asked to play great shows. To have an audience.

“The first EP, A Mouthful Of Birds, was super fun to make; recorded in a house still working out our sound and skills. The second, The Trilogy Of The Black Monsoon, was a much bigger project to undertake as a band as it was released in three parts with cross-collaborations in visual art, music videos and theatre. “That really pushed us and our skills. It was perhaps not as well received as the first, but overall it was a unique creative project and I wouldn't change it one bit.”

Keeping things on the up-and-up, a new single late this year will be the first taste of a debut album to be released in 2017. The plan from here is simply to build on the momentum that’s already been established.

“We’ll be creating new music for the album to release in 2017,” Lutton says. “We want to keep creating and living full power.” 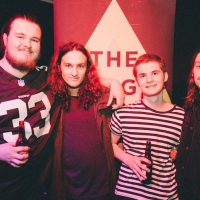 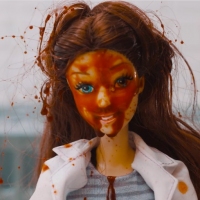 Silent Movie Susie is probably the best use of Barbie Dolls in a music video. Period.I never thought so much drama could be conveyed through Barbie Dolls.
Bands