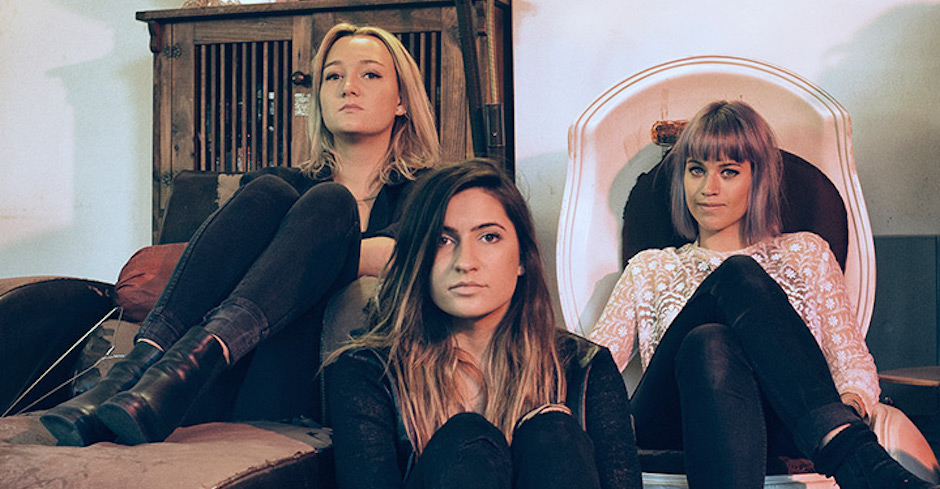 After a busy year touring through Europe and the States, playing with acts like The Flaming Lips, Mumford & Sons and The Alabama Shakes, Sydney-siders Little May are ready to return home and are bringing with them their brand new album, For The Company. The 11 track LP was recorded in a converted nineteenth-century church in Hudson, New York and is a continuance of the beautiful songwriting skills Little May are becoming renowned for. After gigging heavily throughout Australia for a number of years the girls took to the overseas market, selling out shows throughout Europe and recording For The Company with The National’s Aaron Dressner. Now, they have brought their little masterpiece home and have a string of dates across Australia to show it off. Check out the chat we had with Annie Hamilton below, and the tour dates underneath.

It’s been a busy 2015 for Little May! Sold out European tours and a debut album, how’s the energy levels in the camp at the moment?

At the moment we're just about to start our Australian album preview tour, so we've been in the rehearsal studio pretty much every day just getting ready for that, and energy levels are good! Friday will be our first show since we were in Germany in June, plus we're playing a lot of new material from the album, so I think we're all possibly a bit nervous but overall very excited.

You’ve been on some pretty rad festival lineups. What was it like playing with Mumford & Sons and The Alabama Shakes on the Gentlemen of the Road tour? Those guys influences of your's at all?

The Gentlemen Of The Road show was awesome! It was on a beach in Seaside Heights, New Jersey, and we opened the festival, so after our set we got to watch all of the other bands, who were all incredible. Cat and Mark danced on stage in a giant rainbow costume with The Flaming Lips during Do You Realise, which was hilarious and ridiculous. We then got to go on stage to sing harmonies in the Mumford & Sons encore, which was a cover of Bruce Springsteen's Atlantic City, with all the other bands like The Flaming Lips, The Vaccines, Jenny Lewis, and heaps more. Overall it was a pretty amazing day with such an awesome line-up of bands.

What are you looking forward to most about being back on home soil?

This is our first (and only) headline tour of Australia for 2015, which seems pretty strange considering how often we used to play at home when we first started, when we would have several Sydney gigs a week. We have a lot of friends coming to the Sydney show which is always really fun, and sometimes really rowdy, so that could get interesting.

We’ve been loving the single Home from the upcoming album. A little bit of homesickness involved in this one?

This is actually one of the oldest songs on the record; it was written about two years ago, ironically before we started doing any touring at all, so it's not really about homesickness. Han wrote the majority of the lyrics, it's more about finding a sense of belonging rather than actually being away from home.

Your debut album, For The Company was produced by Aaron Dessner, guitarist from The National – what was he like to work with?

Aaron is such a legend and was so great to work with.  At first we were all a bit starstruck; The National have been one of our favourite bands for a long time and every now and then he would start playing a National song on guitar or piano and we would all freak out and try to act normal. He had a huge influence on the album and even co-wrote a few of the songs with us, so it would have been a completely different album if he wasn't working on it. He definitely helped us to find the best parts of the songs and push them to their full potential, and to scrap the parts that weren't working as well.

Visual art has always been a part of the Little May experience. Annie, you’ve been in charge of the bands artwork since the start right? Have you always been into the visual side of things?

Yes, definitely, I've been into the visual side of things for as long as I can remember... Art and music go hand in hand for me as they're really just both creative outlets. I love creating a visual representation of a sound so designing the EP and album covers for Little May has always been a really exciting challenge for me. The album cover is a big illustration that I drew while we were overseas recording the album, made up of a whole lot of scenes from my dreams and nightmares, and each of the single artworks is a piece of the whole. It was an extremely time consuming process, drawn completely in fine liners, with lots of tiny detail, so to see it complete (and now printed on tshirts and posters and things) feels a bit strange... Almost like hearing the complete album now after such a long process of working on the pieces. 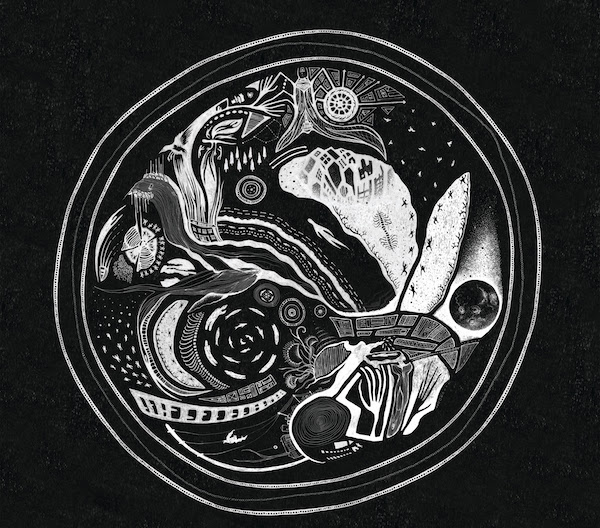 You guys are curating an art exhibition in Sydney to celebrate the release of the new album. Can you tell us a little bit about the #ArtfortheCompany campaign?

As part of our album launch I curated an art exhibition featuring 11 of my favourite local artists. Each artist chose their favourite track on the album and has created a piece of art in any medium inspired by that selected track, the only brief was that it had to be in black and white. We're having an exhibition to show the artworks in Goodspace gallery in Chippendale from October 2-4, where we'll also have headphone booths set up so people can listen to the album before it's released. I've always been really interested in the process of creating a tactile, visual representation of sound, so I'm really excited to see what the artists come up with (so far I've only seen a few sneak peaks and works-in-progress). The exhibition will feature work by Antwerpen, EARS, Emily Ellis, Furry Little Peach, Georgia Hill, Kareena Zerefos, Luschia Porter, McLean Stephenson, Mulga, Prue Stent & Honey Long and Serpent & The Swan - such an incredible talented bunch of legends :) (more info HERE).

You're on the Falls and Southbound lineups so we have to ask; hot, summer festivals or European mud and rain?

Wow, tough question... hahaha I think this is a given, I am very excited about the hot summer festivals. I've been to Falls in Lorne a few times as a punter and it's such a great festival, so I cannot wait to be playing there this New Year's. Don't get me wrong, European rain can be great when you're wrapped up in a blanket drinking mulled wine, but it's not exactly the ideal festival weather.

For The Company will be out on October 9 via Process/Universal Music Australia, and you can catch 'em live on the following dates: 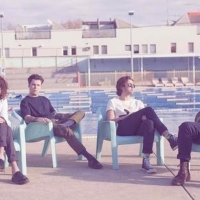 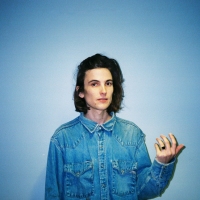