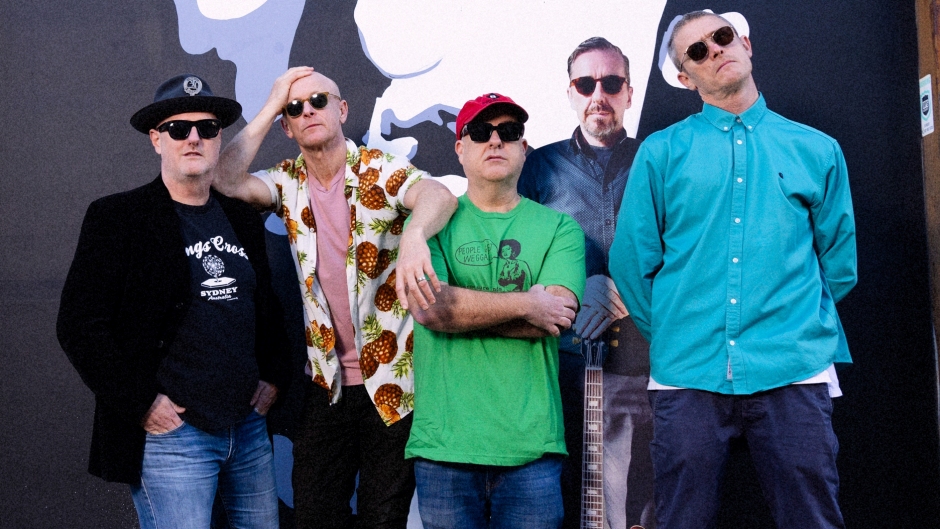 Forming in Lismore the early 90s during a time of rebellion from corporate plastic pop that saw the rise of grunge, rave culture and the dominance of hip-hop, Skunkhour brought a completely fresh sound to the Australian music scene with their fusion of alt rock, acid jazz, funk and hip-hop striking a chord with listeners and live audiences around the country, releasing four acclaimed albums in eight years that saw them score several Hottest 100 slots while remaining a force on the live front.

Following a nearly decade hiatus from 2001 to 2009, the group got together for a number of gigs, including a 20th anniversary live celebration in 2012, before going on to play their debut album in full in 2016 and more tours from there, leading to the inevitable question - will the group get into the studio and record new material?

The answer luckily was a resounding yes as we heard when we premiered their return single Blue last month, with even better news today as they release their new EP, Parts Of The Sun.  Across four tracks, the group have managed to both remain true to their sound, sure to delight longterm fans, while also pushing things forward and bringing their sound into the twenty first century.

Don’t let us tell you about the EP - the band were kind enough to talk us through each track on the release, have a listen and read below!

On setting out to write new material we decided to take it back to the way that we had worked in  the early days and booked a three day studio session in January of this year to which we brought  any ideas we’d been sitting on or tracks that we dug and just jammed off of those to see what  would stick?

It became fairly clear after the three days that we had the bones of three distinct styles of tracks  that we were confident in and a fourth for which Del had the verses for but just needed to find the  right groove. So we decided to book some studio time at Golden Retriever in Marrickville Sydney  and to try and lay down the recordings as live as possible.

Blue feels a bit like early 80s Prince making out with the Cars. It stemmed from a bass groove that  Dean had bouncing around in his head for a while. He started pounding out this 80’s style up funk  groove that was so strong it almost demanded how all the other elements would fit in with it, and  within about 10 minutes we had the bones of it sorted and all felt straight away that we had  something pretty special happening.

The chorus chord progression and Aya’s title lyric had this slightly melancholic nostalgic 80s feel  that reminded us of some of the music and recollections of our teenage years. So we just went  with that as the topic. The longing to be seen, heard or accepted. To fall in love or escape the  confines of home/school, to run wild and find your identity in the wider world.

We sent the track over to some producer contacts we had in New York - Jaie Gonzalez & Miles  Felix. We gave them free reign to have some fun with it and they really dug the track and  understood what we were going for which was fantastic. We couldn’t be happier with what  they brought to it production wise. We feel it's one of the best tracks we’ve ever done and has  been going off live.

This track harks back to some of the more up tempo frenetic funk of our debut album and a  little bit of “FEED” as well. We were keen to have something in that vein included on the EP.

We love the multi layering of rhythms, the dirty slap bass line with sticky clav, guitar and  percussion. It’s a hot funky freight train. We brought in percussionist Jose Muzzio to beef up the  rhythmic stew with congas and timbales. The verses really bounce and pop along on the bass  groove but then it opens up in the choruses to a more expansive anthemic rock feel that’s  somewhat reminiscent of our second album ‘FEED”. We really like that contrast and having  Warwick let loose on guitar towards the end.

Lyrically Aya & Del took inspiration from the chorus change to relay thoughts of struggling through  dark times and personal trials and tribulations. Holding on for the grace of a new day’s light and  personal renewal. Del’s rhyme also tackles his battle with depression and overcoming alcohol  addiction.

Waitasec is somewhat of new direction for us also. We wanted something in a more down tempo  and atmospheric vein to balance things out. Del had written the verses at varying stages over the

last ten years. They’re to do with the fickle nature of time and memory and the indecision and  anxiety felt at crucial moments. Realising how our perception of events and memories are always  changing depending on our state of mind, wants and needs.

The key was to have a groove and atmosphere that blended with the lyrical tone. Slightly  introspective and moody. A little like Up to Our Necks but on more of an Afro-Soul Hip Hop tip.

We thought it would be cool to just jam on it briefly and record while the band were still working it  out so it has that open edginess. We also liked the idea of dispensing with a classic verse chorus structure, just use the brass line as the chorus lead and stay locked in on a groove. We  reached out to a mate - Matt Ottignon who wrote and recorded all the sweet weaving Afro centric horn lines on Baritone and tenor Sax. Jack Prest did a great job blending all the elements  production wise.

This track went through a few different evolutions but we always knew the feel we were after - a  kind of Fleetwood Mac meets Womack & Womack vibe. A tip of the hat to late 70s early 80s RnB  funk and blue eyed soul.

We laid down a four on the floor percussive groove and then started to overlay and build all the  breezy soulful and funky clavs, rhodes, bass and reggae tinged guitar. The lead synth riff really  helps give it a nice cool 80s pop edge too. We really dug the interplay of all these elements with  the percussion chiming in to lock down the chorus. It all just keeps pulsing forward allowing Aya’s  vocal to glide over the top. It’s a beautiful track.

Melodically it's a more sweet and cruisey performance from Aya who also steered much of the  feel and arranging. Lyrically weaving in visions of seabirds gliding through thoughts of personal  relationships and planes in the sky off to unknown places and new horizons.

We recorded most of Silverbird with Dan Nave and Rich Sanford did a great job producing,  keeping that late 70s early 80’s feel with a new school warmth and bottom end drive.

Without really intending to, we feel that the EP spans the different eras of the bands development  and creative styles.It’s a good example of our influences and ability to fuse various  genres and yet stay true to our sound and ethos as a unit. After some nerves at the outset it feels  great to know we can still work together and create music we can be proud of. We hope the  punters enjoy it as much as we dug making it. 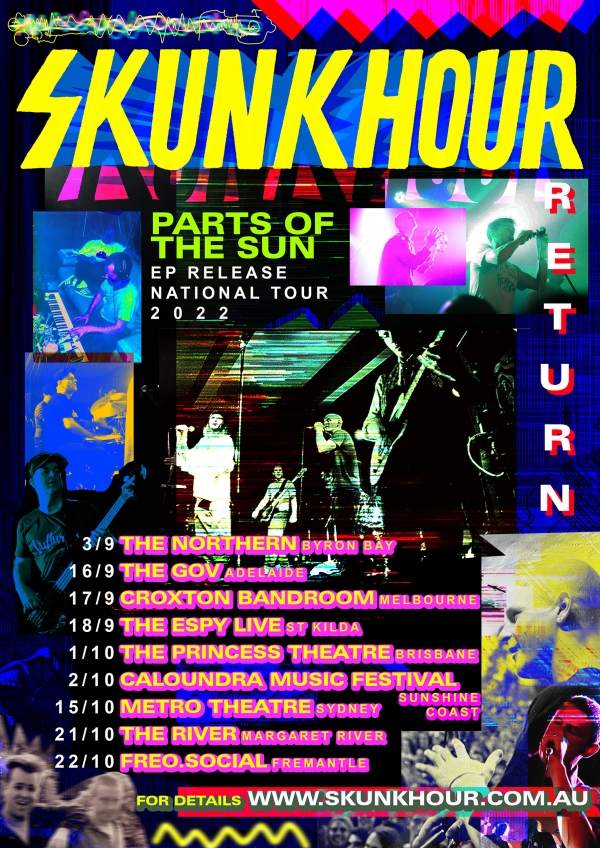 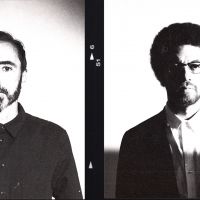 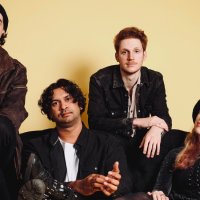 Joan & The Giants get deep with their optimistic debut EP“we’re always finding ways to change, but always stay ultimately as Joan & The Giants, with that kind of overall arc of the sound with different influences.”
Bands