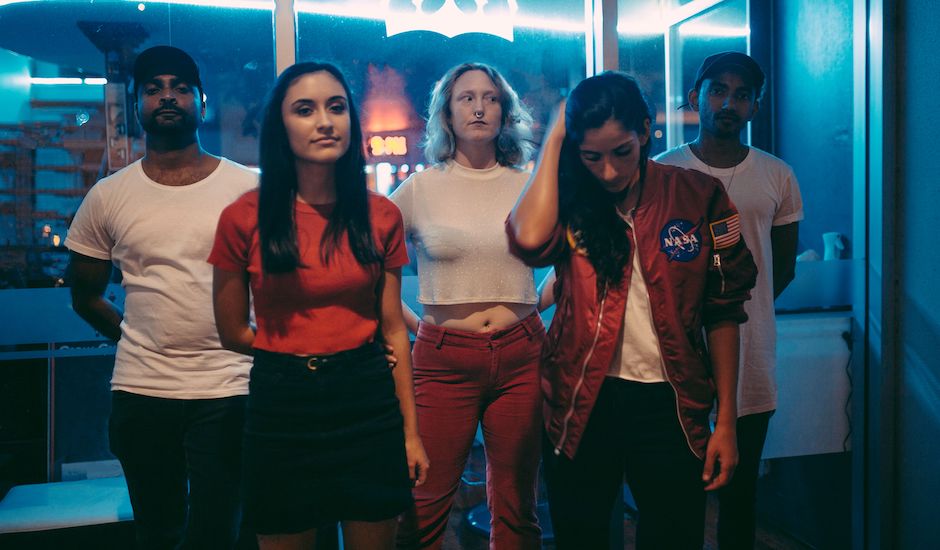 Dande and the Lion are a band who aren't keen on slowing down. While they've got a bit of a back catalogue behind them, this year have seen the Sydney-based indie-pop group really take it to the next level, sharing a pair of brilliant singles - Stardust and Twilight Highway - while putting measures in place to ensure they're a band whose success comes with longevity two, promised in how the two singles compare and contrast with one another while offering similar, but distinctly different sounds. It's a difficult thing to crack - let alone fairly early on in a career - but something Dande and the Lion knocked out of the park from the get-go, and something they're no doubt primed to double-down on with the release of their debut EP, Twilight Highway.

While the full EP doesn't arrive until Friday, today comes a sneaky pre-release listen and with it, assurance that Dande and the Lion are a band giving it their everything. Including the previous two singles, Twilight Highway spans five tracks that give the band room to move and showcase the many sides of their sound, utilising their second EP to further introduce themselves as a band while showcasing a bright versatility, proving that they're not a group that only sticks to one sound.

Wasting Time, the EP's catchy opening single for example, brings a punchy indie-rock sound rich with energy as they sing on familial relationships, while Twilight Highway, the EP's teased second track, contrasts this with electro-pop synths and crashing percussion, buzzing with an infectious energy that takes a big step away from the indie-rock tones of their EP's opener. "I wanted to push Tass out of her comfort zone and get her singing lead," says Nick from the band on the track. "The vision I had for the song was for Tass’ vocals fitting that sultry, grounding vibe, and Bianca’s vocals coming in on the chorus bringing that atmospheric element."

Elsewhere, Love's Edge and Give Me Something offer more slices of versatility, each connected with a distinct slickness that over the course of the EP, becomes clear to be its defining feature, while Stardust, the EP's closing track and first pre-release tease, welcomes a nod to the late David Bowie. "Stardust came about, accidentally, while trying to play a David Bowie’s Heroes cover off the top of our heads," the band explain. "We started playing a few riffs and became really excited by the sounds that were emerging and became totally immersed in the feeling of what was happening."

There's plenty more to come, but for now, Twilight Highway welcomes a bright introduction to a band who may just become a favourite in the years to come. Dive into Twilight Highway below, with a track-by-track walkthrough dissecting the EP's creation and inner-themes.

Wasting Time is a punchy and driven indie rock song. Created from an improvised jam session with the band, Wasting Time focuses on family relationships. The song looks into the fear of taking on negative family attributes, and the decision to break away from those qualities in order to be your own person.

Twilight Highway was written with the intention of creating something lively and danceable! This is an interesting one for us as the band composed the song, yet Nick wrote the lyrics and then chose Tass to sing lead. The track came about with Bianca playing a single note on a synth and within five minutes Nick and Abbey had the main bass and guitar riffs sorted. Tass was absent, so was put on vocalist duties. It’s a fun, upbeat track with tongue in cheek lyrics about two friends driving in their car along the twilight highway, free and without a care.

Imagine Love as a human being, trying to do the right thing in helping people and hoping to provide happiness, yet constantly being put down for its efforts and getting blamed for others’ misfortune. This negativity might lead Love down a lonely path, maybe to the edge of a tall building, or bridge, or cliff top, and maybe think that the world would be better off if Love never existed.

Love’s Edge was written to let Love know that it was still needed and loved in this world, and to not give up on us because we (humans) will not give up on Love.

Although Give Me Something implies themes of a sexual nature, the song is about human desire and the need for interaction. And because the need is so great, the interests and appeal have to be sustained in order to maintain those interests. Bianca wrote it as a kind of wake-up call; going through the motions in order to achieve a clearer outlook.

We tend to find ourselves constantly questioning our place within the universe, which, on a larger scale, can give the impression of insignificance. The lyrical content behind Stardust aims to break through that idea; to instead explore the notion that our significance lies in our ability and our desire to explore and learn, adapt and evolve, appreciate and reflect, live with joy and die without fear, and through all this, to connect with each other and beyond. 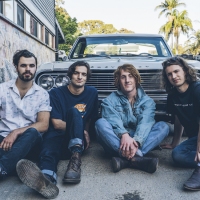 Premiere: Shag Rock step outside of their comfort zone with Old School LoverThe Brisbane-based group up the energy level as they take a jump away from their typically laid-back sound. 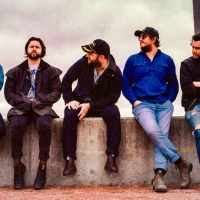