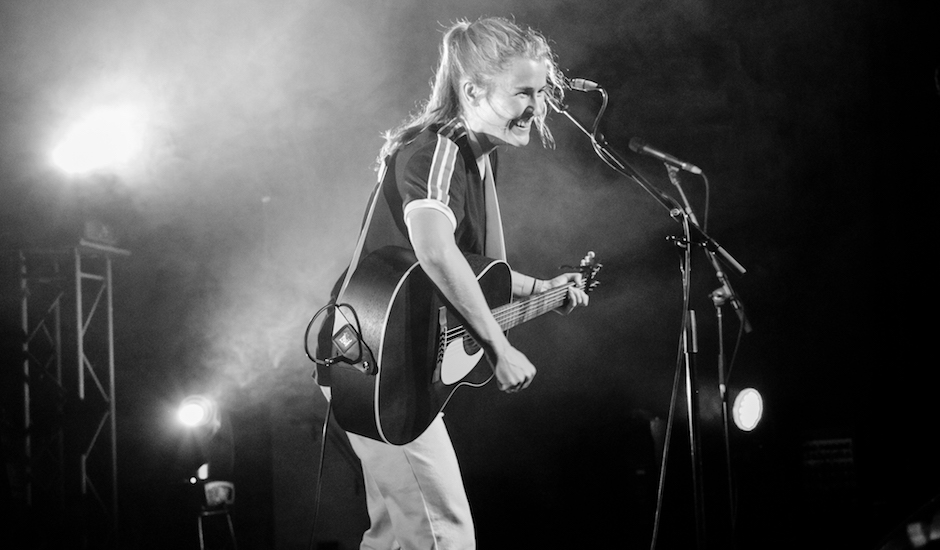 Alex The Astronaut's astronomical (sorry) 2017 reached something of a zenith in the past couple of weeks as she rolled around the country celebrating her recently-released EP, See You Soon. With a bunch of sold-out shows to go with that release, she's had a truly stellar year (with some shows still left to go - check those dates down the bottom). To celebrate, and get a few behind the scenes notes, we asked her a few questions about the recent tour, including where her best show was, the best meal and more.

Best show of the tour so far and why.

I liked them all but I’d have to say the Melbourne show at Howler. My uncle and cousin played a song with me and it was just great to share such a cool thing with people you love. I felt comfortable and happy, the crowd liked my crappy jokes and my cousin was beaming for the rest of the night. It felt really perfect. 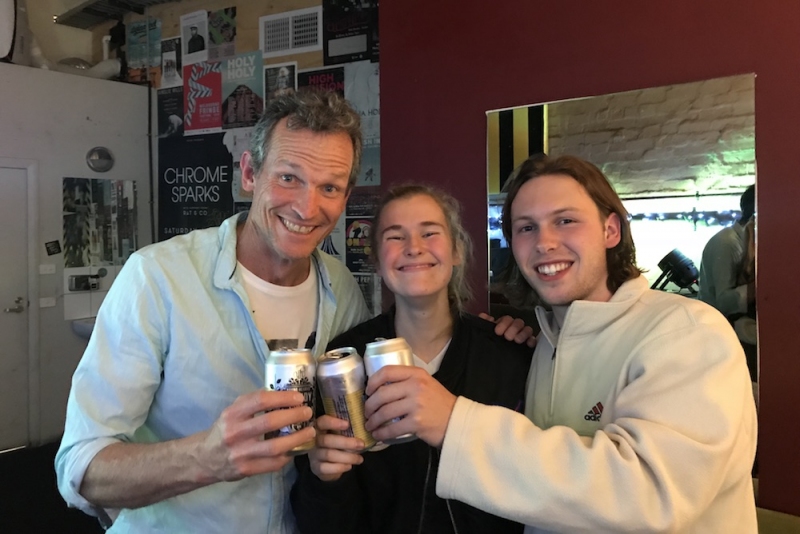 Me with my uncle and cousin.

Best meal of the tour:

I had very very good Indian food in Perth from Saffron Indian. If I’m honest I had it for dinner, then had some leftovers for breakfast and then second leftovers for lunch. I’d ordered extra naan and I have no regrets.

MVP support act for the tour:

They were all fantastic, Clea was a sparkling star for all the shows she supported on. Jordan Merrick, Bradley Stone, Oly Sherman, Emily Soon, Kaitlin Keegan, and Tanaya Harper all nailed opening the show. MVP would have to go to Ruby King who is 16 went to school the day of the show in Sydney and then was a superstar opening the show in Wollongong. Good luck for the HSC Ruby!! 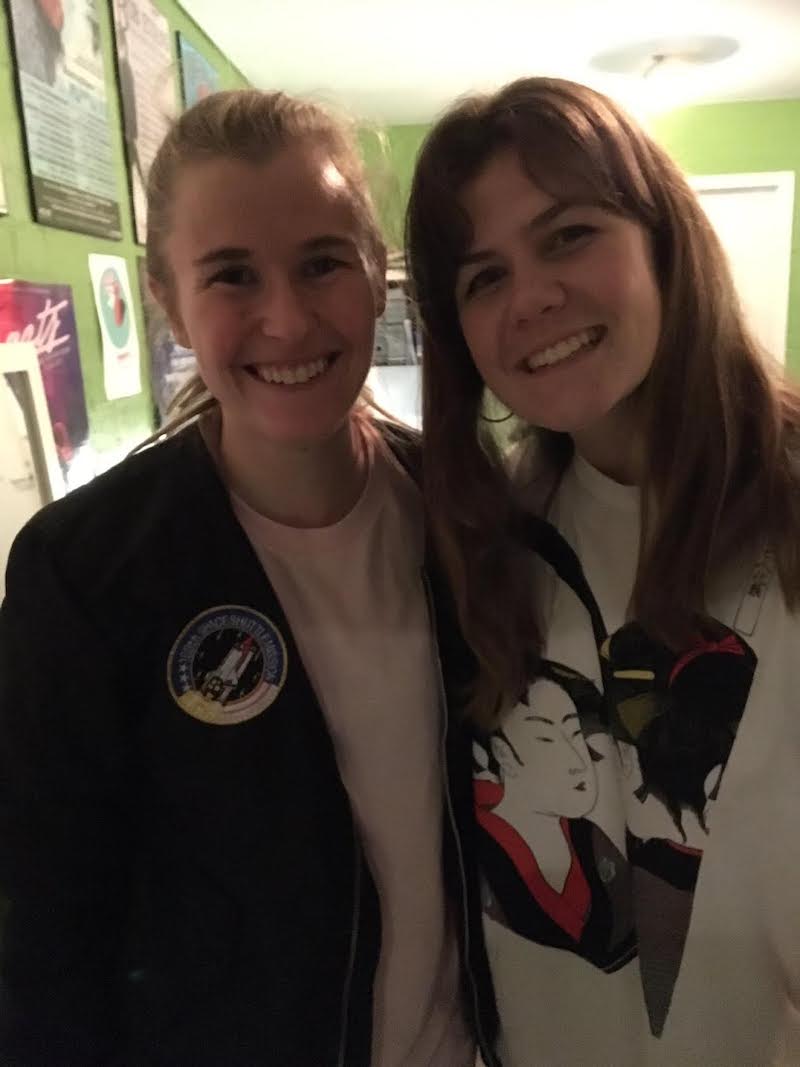 Best received track of the tour:

I’d say Not Worth Hiding - people have been so wonderful about it and they sung along so well. I got worried at some points that I would forget the words and mix something up because they were so good at it! 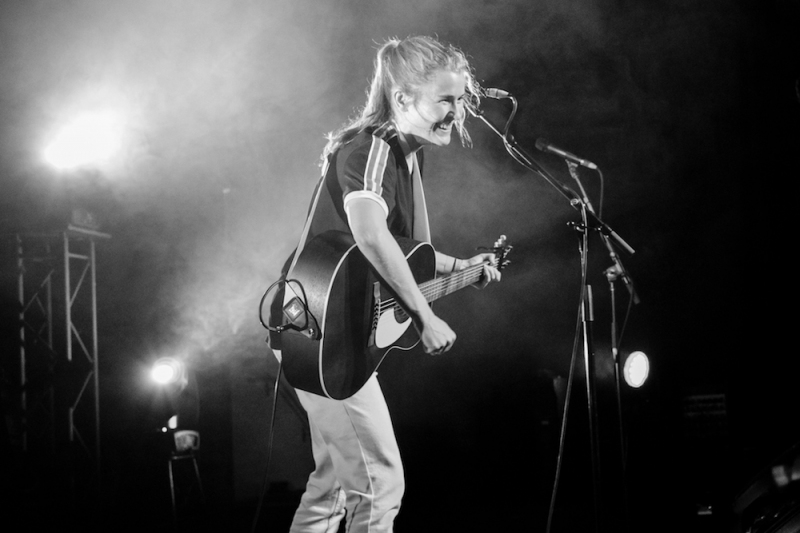 Best Uber/Transfer moment of the tour so far:

My sister drove me to the Sydney show and we accidently almost drove the wrong way down a one-way road in the middle of the city near the Lansdowne. I am not very good at directions.

Best place to relax on tour?

My cousins have a sassy cat called Lola. I usually am scared of cats but she is beautiful and she loves to run around and do weird cat jumps. Hanging out with her was great and also this café called Flora & Fauna in Perth that is very peaceful and relaxing too. I’d eaten too much pizza and stuff so I ate a lot of fruit there. And one chocolate chip cookie (have to have a balance). I was staying with family in different cities and my other cousins have a dog called Izzy she was also very calming. This is a video of her being adorable.

Fri 22 Dec - Grow Your Own, Forster-Tuncurry 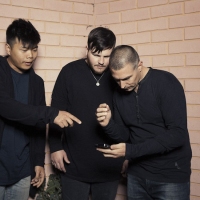 Introducing Past Ghosts and their soaring debut single, EmpiresA new Perth outfit with a very strong pedigree of previous acts. 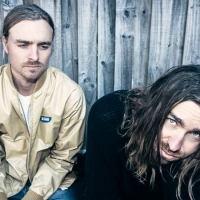 Premiere: Listen to Human Connection, the dramatic new single from Little EarthquakeFeaturing the vocals of Rosa Morgan, it's a bold new single for the duo.
Bands