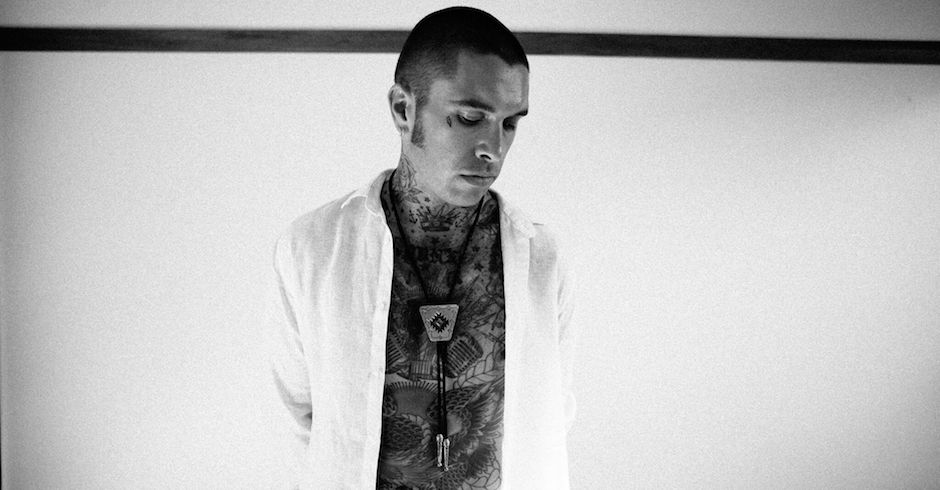 After temporarily losing his passion for music after the split of his EMI-signed group King Cannons a few years back, Melbourne-based musician Luke Yeoward has returned with a new, solo project, and a new sound to match. Influenced by names including Bruce Springsteen, his debut solo record Ghosts is 12 tracks of Australian rock at its finest, with infusions of punk, reggae and soul keeping things fresh as the album powers on. From the powering title track to the final breaths of the mellow, album-closing bonus track Give Me Strength, Ghosts is quite a versatile record with tonnes and tonnes of emotion and passion pushed throughout, which combines with the varying sounds and tones across the 12 tracks to make quite a complex record - both lyrically and harmonically. To help simplify things down a little, Yeoward himself has given us a tasty track-by-track walkthrough of the album, diving into the stories and sounds that make Ghosts such a personal record for the experienced musician.

Ghosts is a reminder that anything is possible and anything can change. It’s never too late. The forgotten will be counted. In this instance, music is the instigator of action. It only takes a split second for something to happen. Musically, this is a rocker - like a positive kick up the arse. “Just a second of sound can kick up the ground, we don’t have to be these ghosts stuck here”.

A friend of mine had a big journey planned but the law caught up with them last minute and stopped them from leaving. The lyrics are me painting a picture of someone that was all set to go and do something great, but had the rug pulled out from under them. Musically it is very uplifting and worldly! Lots of African percussion influence and very little of anything else…. Oh and Tom Petty is from Gainesville, Florida. I love Tom Petty. I’ve still never been to Gainesville!

Who Can Save Us Now

This is a punk rock song to me and I think what I'm trying to say is that we are the only ones who can save ourselves. Kind of like how Bob Marley said “None but ourselves can free our minds”. At the same time I’m also saying that there are things in this world that are fucked beyond repair and the political climate in the USA in the lead up to the election only heightened my awareness on this. Our systems, our habits, the gap between the privileged and under privileged, suffering, warfare, greed, ignorance. We always look for external solutions but what will truly bring harmony? What a romantic thought...

This was the song that kicked off the album and has a heavy Jamaican influence. It was 40 degrees celsius when we were working on this song in J Bonner's garage in Los Angeles. Water has always meant cleansing, soothing, awakening, refreshing, rejuvenating to me as I grew up in New Zealand around fresh water lakes and rivers. I thought it would be a great metaphor for how I was feeling before starting this record. It’s a song about literally and metaphorically needing water.

This is a rocker written in the Yucca Valley, CA with Dan Smith at Bradley Carter’s beautiful Haven Hill Manor. We were talking about growing up as punk rockers in New Zealand and remembering people that had come and gone in our lives. At night we saw all these tiny bats flying around and I called them little Night Sparrows. We decided to use this as the metaphor for the song, talking about how they disappear when the sun comes up etc. You can read into it how ever you want.

Whose Side Are You On

Chris Cheney and I wrote this song from an idea he had in his back pocket. He showed me the idea and it was quite different to anything either of us had ever done before. I took it and ran with it. It’s about old friends, how things change and how things stay the same. How people take their own paths. I play percussion and bass on this track, I wouldn’t dare play the guitars. Chris plays them haha.

This is a rock and roll song. Straight up. It’s about working your ass off and feeling like there’s no light at the end of the tunnel but certain things keep the coals burning hot! I’d had the bones of this song for years and it never made it a record. When J heard me playing it he loved it and encouraged me to put it on the album. So I did!

The music on this track is by The Black Emeralds and it’s heavy old school reggae. I wrote lyrics and melody after hearing it then J and I wrote the organ parts. It’s one of my favourite songs on the album and has inspired the name of my record label. The lyrics are about not always have all the ingredients to make the cake but making do with what you have.

I wrote this tune waiting for a friend early in the morning at a cafe literally on Hoover Street and most of the lyrics are quite descriptive. It felt like I could have been at any cafe anywhere in the world that morning even though I was at this place so far away from home. I’ve never had a melody and lyrics come to me simultaneously the way this song presented itself. Must have been good coffee to cut through my delirium.

Marc Orell and I wrote this song in his rehearsal studio the day before I left Los Angeles. We are both country and americana music fans, so this was the starting point vibe for this song. It talks about making a leap of faith and how there is never a perfect time to make the jump. Making a decision to do something is always going to have consequences, but sometimes a temporary discomfort can have great results. I was focusing on my decision to make this record in the USA while my wife was pregnant with our second child. It wasn’t a "good time" to do it then and it’s not a "good time" to do it now, if you know what I mean.

This tune was written in Joshua Tree. I had been in the National Park all day listening to The Band and it was really hot. I had an acoustic guitar in the little trailer I was staying in and It was the first time I had alone to reflect on where I was. This song just poured out of me. I guess once I stopped and thought about it, the whole experience of what I was doing was quite overwhelming. Being out here alone on this album making adventure that is. I really wished my family were with me that day and night to see how beautiful it was out there. 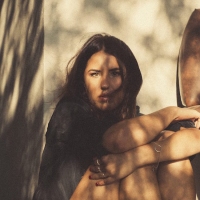 Exclusive: Stream Elli Schoen's new EP + the Matsu-directed video for its title track, Gold MessAnd we caught up with the WA songstress to see what's next. 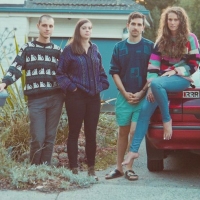 The Royal Parks offers insight into their sensational debut album, Suburb HomeThe Melbourne five-piece dissect the emotions and sounds behind their debut album, one soft strum of guitar at a time.
Bands