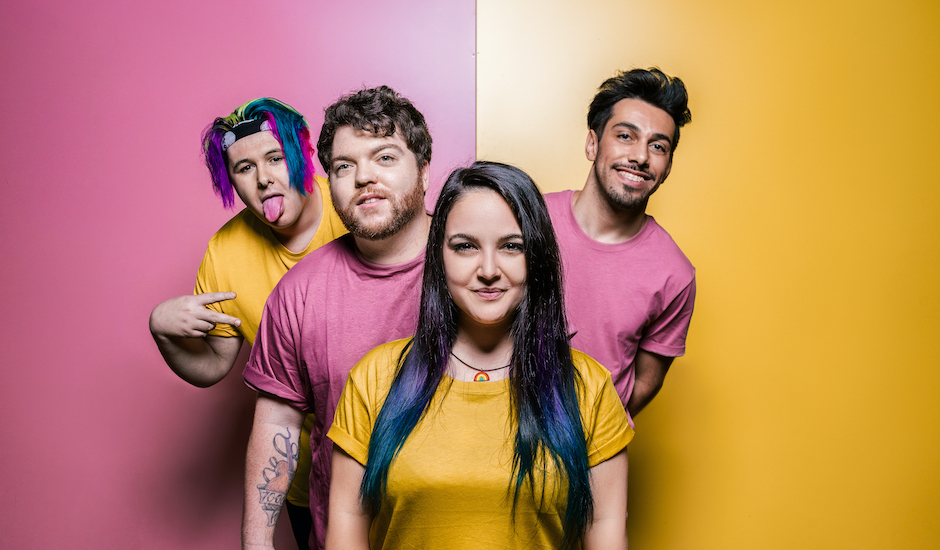 2020 was an exciting year for creative freedom, with a lot of artists using the low-time away from touring to explore new sounds within their projects or - in some cases - new projects altogether. Melbourne-based pop-punk group PAPERWEIGHT are amongst the latter group of artists, coming together amongst the turbulence of the last year to record music and introduce PAPERWEIGHT to the world - something that happened pretty quickly after they started recording.

It's a four-piece consisting of rhythm guitarist Luana Tosti-Guerra and drummer Basil February - long-time friends from Melbourne - coming together with vocalist Haris Dillinger and Ballarat guitarist Tom Ballinger; exploring wide-stretching influences amongst the alt-rock/punk/pop/indie/heavy umbrella to create exciting bursts of pop-punk amongst the next generation's liveliest. There's a certain level of fun that comes from PAPERWEIGHT - perhaps it's something to do with their recently-formed, 'let's just see what works' kind-of energy - but they're an act really worth paying attention to.

They're already starting to prove why, too. Despite just forming last year, the group have consistently one-upped themselves with singles throughout the last few months. Waster, The Kids on the Ground, Paper Anchors and Stuck Out Stateside brought different flourishes of the group's pop-punk sound as they continued to grow and evolve themselves. They got stuck straight into it, and the end result are pumping, raw and rough-around-the-edges punk that bid the reckoning of a new face to the party.

It's something that too shows on their new single Whisper Games, which arrived at the end of last week. It's a fun and infectious burst of energy from the group that further deepens their sound, all while keeping their lively rush in the centre of their work. "Whisper Games is a song about valuing authenticity," the group's Haris Dillinger says on the single. "All too often we tend to compare ourselves to others in a negative light whilst not releasing most of what we see is disconnected from reality - the 'highlights reel' of social media is an impossible standard."

Whisper Games comes with a lot to be excited about, while we're on the topic of it. The single's arrival comes alongside of their signing to Open Door Management (Northlane, Make Them Suffer, Void Of Vision) - "PAPERWEIGHT are the closest thing to the real deal nostalgic American pop-punk but with a uniquely Aussie twist. It’s a fresh breath of air to be working with and helping develop the career of these new punks on the block," the group's Roy Amar says - as well as news of a hometown show next month; the group playing Melbourne's Stay Gold on March 26th.

There's plenty more - including a national tour - to be announced for the rest of the year, but until then, take a dive into Whisper Games below and introduce yourselves to PAPERWEIGHT before their breakthrough year.

Hey Pilerats! Thanks for having us.  PAPERWEIGHT is a 2020 baby - we launched in May 2020, mid-pandemic, from the ashes of an old band and after having only been a full band for 4 months. Our vocalist Haris is the founding member - he had these first 5 singles already written and recorded when the rest of us jumped on board! Luana put her hand up to play rhythm guitar and brought her childhood bestie Basil to the drum kit. We then linked up with Tom, an internet friend (thankfully not a catfish) who filled the position of lead guitarist. We’re all huge music fans and have all been in bands that have gone nowhere so we are all committed and keen as lil beans to take this band as far as we possibly can!

Our music is HAPPY. It just makes you wanna dance and mosh and dance some more. Sonically, we take inspiration from bands like New Found Glory, Sum 41, Neck Deep… but our new stuff is a blend of everything from Blink 182 to Twenty One Pilots! Loud, anthemic hooks, catchy choruses - all the best things about pop-punk but sprinkled with ridiculously unique vocals, a pinch of ukulele and a drop of colour.

Haris is the musical genius behind our tracks! He’ll write a killer hook, write 70% of the song then the rest of us jump on board and add our flair. Basil adds drums first, Tom and Luana flesh out the guitars then Haris will add his lyrics. It works super well for us - Haris is incredibly talented and really enjoys being the heart of the songwriting, this band is his baby!

Can you tell us a bit about this new single, Whisper Games, and its video clip?

The song Whisper Games is written about the impossible standards of the social media ‘highlights reel’ and the fake content that we constantly consume - the snaps by the pool (in the middle of winter), the filters, the ‘omg I had the BEST meal today’ (and the hashtag #ad #sponsored at the end of it). It’s all so disconnected from reality and this video clip was our way of poking fun at exactly that. We came up with the idea of the clip while we were sitting on our studio floor, took the idea to our director then shot it over two days.

The story takes you through a day in the life of this musician (Haris). On his way to busk, he runs into a bunch of these ‘influencers’... one putting on a fake smile to promote a product while the busker with actual talent makes 10c, one pretending to be in Bali when they are in Brunswick… to top it off, even the walls we are playing in front of are fake and fall down after our performance. The bunny cameo was something we decided on the day - it made an appearance in our first video clip for The Kids On The Ground - and it ended up being some of the funniest footage we got!

We are super excited to be heading into the studio with Stevie Knight in early March - right after he finishes working with none other than Stand Atlantic and Yours Truly! He has worked with so many of our favourite bands so we are so keen to get into the studio with him. March 26th we have our first huge headliner show at Stay Gold (Melbourne) with our mates in Loose End and The Suburbs, which we are all super excited about.

We will of course continue to write and record - this last year has been all about constantly releasing music and trying to stay in the spotlight of a world that consumes content so quickly. It worked super well for us in 2020 - we were approached then signed by Open Door Management without ever having played a live show based on our music, online presence, enthusiasm and drive to keep relevant - so we definitely want to keep that momentum going!

We want our music to invoke emotion, instil a sense of joy, to hit that nostalgic sweet spot, to make you want to dance/mosh/sing your heart out. We had a fan tell us that they cried after reading the synopsis for The Kids On The Ground because it hit so close to home - THAT. That’s what we want. Not to make people cry but to be the soundtrack to their lives!

Our music is on Spotify, Apple Music, YouTube - ALL the platforms! 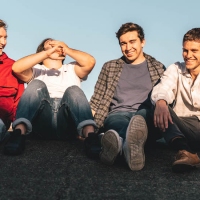 Meet Highline, the group making anthemic alt-rock with their new one, Staying SaneThe Sydney-based group make a return with their first single since their debut EP last year, and it's a real step upwards. 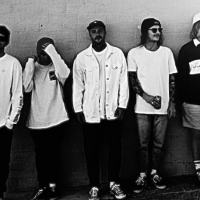