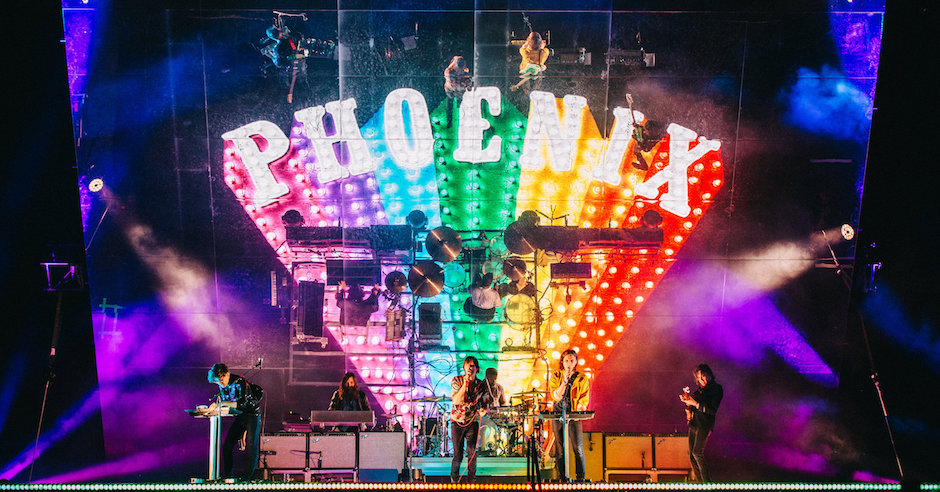 For an album written in one of France's tensest periods of recent history, Phoenix's sixth album Ti Amo is surprisingly bright. On singles such as the album opener J-Boy, frontman Thomas Mars dazzles in front of a glistening, electronic-flavoured production which forms the backbone of much of Ti Amo, while Phoenix's much-celebrated indie-rock sound crashes around it. "I'll be standing by the jukebox," Mars sings on the album's title-track, one of the glitzier singles on the record. "Champagne or Prosecco?" Inspired by "love, desire, lust, and innocence" and the warm, often-romanticized Italian summer (and everything it encompasses, from melting gelato in the hot sun to 80s-era discotheques), Ti Amo may just be Phoenix's most joyous album yet – so much so that the terrible conditions it was written under go by almost entirely unnoticed.

The album was recorded on the top floor of an arts centre in central Paris, a 20-minute walk away from the Bataclan Concert Hall which, in mid-November 2015, was one of the many Parisian locations targeted by terrorists. That night, Phoenix guitarist Christian Mazzalai was forced to seek refuge in the temporary studio, locked in by police operations taking place across the city. “At some point when we were in the studio, there was a slight sense of guilt,” said Mars to The New York Times ahead of the album's release. "But we were comforted by the idea that the four of us working wasn’t escapism or denial. When that became clear, the guilt disappeared," he added. Speaking over email ahead of their upcoming Australian return, Mars is still confident that writing Ti Amo wasn't a form of escapism for the group. Instead, it was therapeutic. "[It wasn't] escapism – just something the four of us needed," he says. "[Writing Ti Amo was] therapeutic. We write songs together in therapeutic sessions."

However, this doesn't mean that the political surroundings didn't influence the record in any way. While Ti Amo may not be the sombre, self-reflective affair one may expect from a musician writing a therapeutic album, the attacks – and the haunting quietness of Paris after the attacks – encouraged Phoenix to create an indulgent, summery album that their community could turn to in the following summer. "It’s in the air and it would be impossible to escape from it," Mars explains. "It's in the DNA of this record. It wasn’t calculated, but our reaction was to make this rich, hedonistic album."

Most well-known for the light indie-rock sounds of 1901, Lisztomania and If I Ever Feel Better, Phoenix’s 2013 record Bankrupt! showed early, yet bright signs of a new direction for the French four-piece. On Bankrupt!, their guitar-rooted indie flavour was blended with lush synthesizer in a move which many called “daring” and “risk-taking”, and on Ti Amo, this progression towards a more electronic side to Phoenix becomes even more pronounced. On Ti Amo’s leading single J-Boy, frontman Thomas Mars croons underneath a glistening synth melody which twinkles above Phoenix’s indie roots like little stars of electronic experimentation. Furthermore, the amorous Tuttifrutti and the quick-paced Fleur de Lys wouldn’t have felt out of place with the electro-rock rise of the late-00s, each combining lush synthesizer with rolling guitar melodies and crisp percussion.

On the bi-weekly music podcast Song Exploder, frontman Thomas Mars and guitarist Laurent Brancowitz – who, together with Daft Punk’s Thomas Bangalter and Guy-Manuel de Homem-Christo formed the band Darlin’ prior to the existence of both Phoenix and the somewhat legendary electronic two-piece – explain that the electronic shading over their sound doesn’t just arise from Phoenix’s urge to create an indulgent and hedonistic piece of art. Rather, it’s also a side-effect of the band’s experimentation with popular music software Ableton – software you’d more expect from a lone bedroom producer than an indie band who has already found both critical and commercial success. “It makes the whole recording process fell like an odyssey,” says Mars on the experience of recording Ti Amo with new equipment such as Ableton. “It helps us come up with things that are unique.” Keeping things unique and exciting is crucial in maintaining relevance when you’re a band whose discography spans six albums over almost 20 years, something which Mars agrees is important if you’re looking for longevity as a band. “Oh yeah, it’s essential,” he agrees. “It makes it fun and less of a routine.”

In February, Phoenix will return to Australia for their first live shows since they co-headlined the now-defunct Future Music Festival in 2014, and although they’re remaining tight-lipped on what to expect (when asked what to anticipate from their forthcoming return, Thomas Mars simply replied: “a lot of new songs – but we can’t tell you which ones,”), you can guarantee a big, nostalgia-triggering celebration of the summer. Catch them at Sydney City Limits – tickets HERE – or at sideshows in Melbourne and Brisbane; champagne or prosecco in hand (although Thomas Mars will probably be drinking the prosecco – “champagne is a big commitment; prosecco, you celebrate with every day, like a record,” he says). 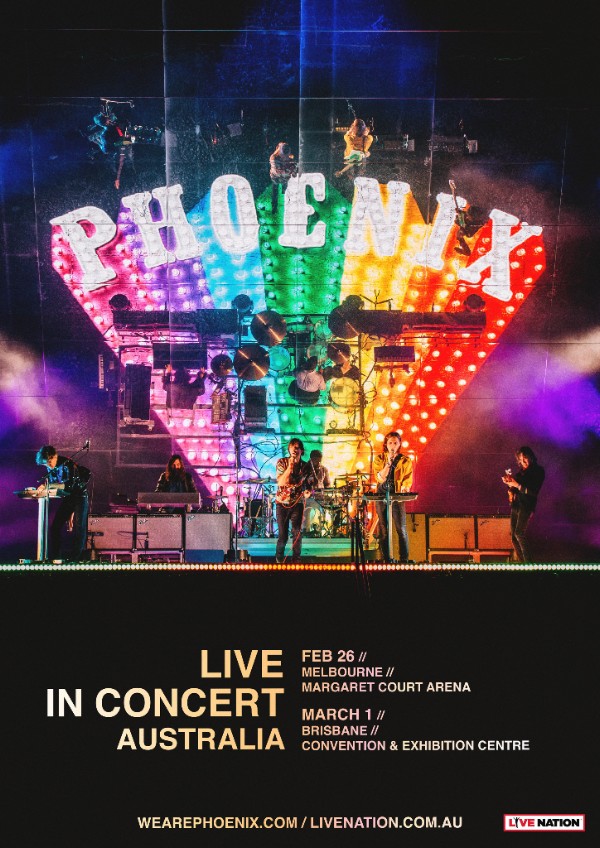 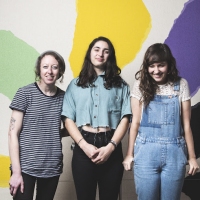 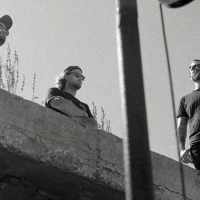 Track By Track: Peer inside Grenadiers' Find Something You Love And Let It Kill YouThe Adelaide outfit's third LP was a long hard road to get to, but we're lucky they did.
Bands