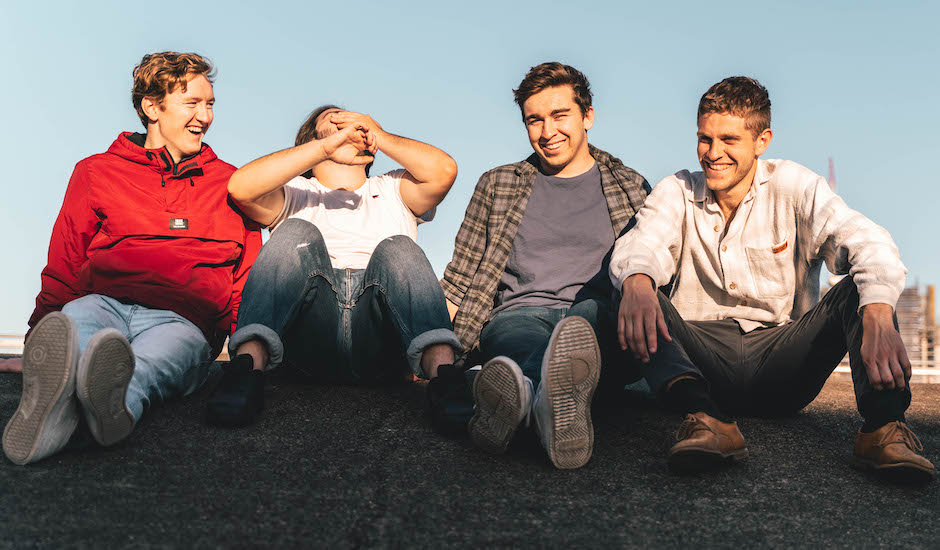 For a band that only made their breakthrough entrance back in 2019, Highline sure have a lot going for them. The Sydney-based four-piece met years back through high school groups and jazz band, coming together with a shared interest in music that now - years later - continues to evolve parallel to one another. Over the years, jazz bands turned into indie bands and Highline was born; making their initial debut in 2019 with a pair of singles - Had to be Said and Mirror - being introductory moments to the group, their songwriting, and how they show it through the live show.

2020 was no doubt a rough time for any newcoming band, but Highline really made the year their own. They released a combo of singles that paved the way to their debut EP Strictly Dreaming, while on the live stage, their return was highlighted by a sold-out hometown show at The Lansdowne - a big performance for band who no doubt didn't expect to be sidelined from the touring stage due to a global pandemic a year into releasing music.

With that behind them, however, Highline are bound to dominate - and 2021 will be the year they do it. It begins with the release of their new single Staying Sane last week, a major step up for the group after their debut EP - which says something, considering that the EP was brilliant in itself - that showcases everything you're bound to love in Highline. It's catchy, crafty indie-pop that brings together influences spread across indie, brit-pop and alt-rock into a fun near-four-minutes, while underneath, it charades a darker side of the group that relishes through their captivating and emotive lyricism.

"Staying Sane was written after a relationship of mine fell through," says the band's Sam Rigney on the single. "It touches on the subject of the post-relationship conversations we had, and the push and pull games that were being played. It’s about caring for someone despite the relationship being over, and having to be selfish in a way, and take care of yourself instead of continuing to support that someone you loved/love. I was a bit of a wreck when we wrote this song and I think a lot of people can relate to what I was feeling at the time."

There's also a new hometown show arriving alongside it, with the group stepping up to play Oxford Arts Factory on April 3rd. There's plenty more to come too, but in the meantime, take a dive into Staying Sane below and introduce yourself to the group as the emerge one-to-watch in the year ahead.

We are an indie/alt-rock back band from Sydney. We formed in 2019 after meeting in the Jazz band in high school and have been playing local gigs and recording music ever since.

Highline definitely has a brit-pop sound, but we bounce between energetic rock tracks and soft and dreamy acoustic guitar songs. I guess you could say it’s a unique blend of dreamy soft songs and hard-hitting, anthem-style rock.

As we move on from ‘teenagehood’ we are starting to move away from the theme of young love that dominated the last EP. As a muscly break up song, Staying Sane sort of helps put that theme to rest, letting us focus on some of the other issues becoming more relevant in our life.

The allure of hazardous vices and peoples’ self-destructive attraction to them becomes relevant in our next single Chasing Heaven, but I guess that seriousness is contrasted by another song, Call Out, about the best way to call someone an asshole.

The writing process for the EP coming up was pretty perfect. After months of jams and separate ideas, we bunkered down in a farmhouse for a week and nailed down the structure, melodies and lyrics for five really strong songs. While most of that trip was about gluing old pieces together, we came up with the bridge for Staying Sane from scratch in about 10 minutes...That felt really good.

As for production, we met Jack Nigro up at the Grove Studios for our week of recording, and his fresh ears helped us nail the sound we wanted on the record. We all really enjoyed the process of going somewhere away from home to write and record music. Jack was really great at giving his honest opinion on every track. The melody for the verse of Staying Sane was actually re-written during the vocal session as a result of Jack’s input.

This whole EP felt fresh and inspired, but part of the beauty of that feeling was that it was a new approach for us. Hopefully in the future, the music-making process is even more dynamic and enjoyable.

Can you tell us a bit about this new single, Staying Sane?

This single is the most personal song we’ve released to date. It was written after a pretty hectic and emotional few months last year and touches on the subject of post-breakup communication and its impacts on an individual. The song is incredibly raw and the lyrics are quite to the point and almost blunt.

It began as an idea during lockdown, and after a trip to a small farmhouse down south with the band, we had finally put all the pieces in place and polished off Staying Sane together.

2021 will hold most of the plans we had reserved for 2020 that never quite happened. We have been sitting on this single (Staying Sane), and especially this EP, for quite some time now and just cannot wait for people to hear it, we really think it is something special.

Beyond that, we want to play! An East Coast tour for the EP is on the cards, and we can only hope that people can dance to it by the time we get round to them. We really are looking to break into that next level of Australian Music. Festival slots, regular gigs out of our home city etc. We’re excited to see where 2021 takes us.

If people could experience even a slither of the energy, emotion, and excitement that we felt when playing these new songs together in that farmhouse, then we’d be pretty happy with that. It’s hard to explain how much we enjoyed playing those songs in their early stages. It’s a pretty special and unique feeling.

Spotify, Apple Music, Youtube and the rest! Keep up to date with our socials to see some sneak peeks of the EP.

But if you’re in Sydney, there’s no better way to see it then to see us live… Oxford Art Factory on April 3rd 2021. 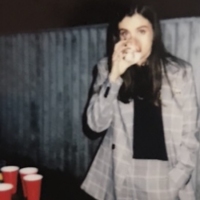 Premiere: Meet Perth's c.norris, who teams up with Lo for her debut single, HoneyAs the drummer of Perth trio Tether, Caitlin Norris knows her way around striking indie. Now, she's showing that with a solo project. 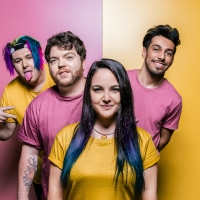 Meet Melbourne pop-punks PAPERWEIGHT and their new song, Whisper GamesThe group's first single for the year comes with a hometown show, and a promise of more dates to come.
Bands