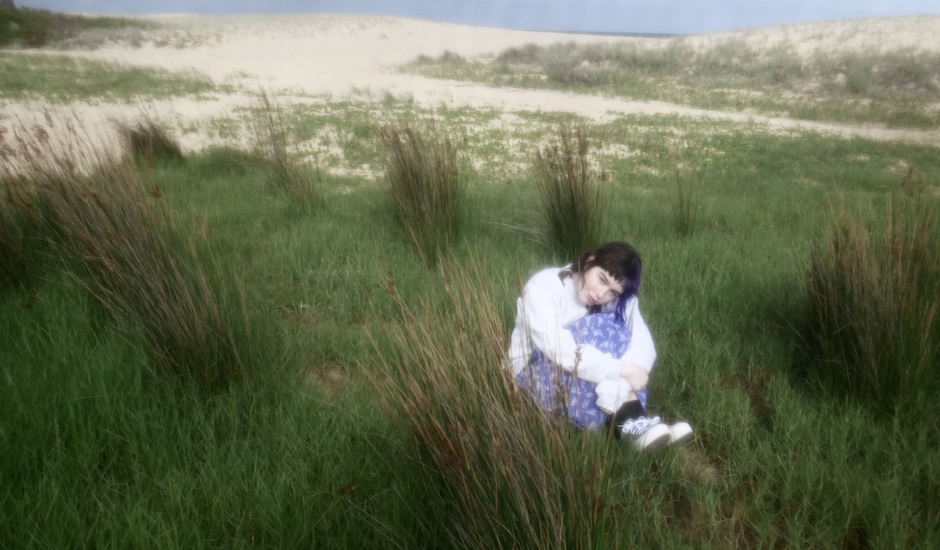 Newcastle musician FRITZ is someone we've had the utmost pleasure of watching grow and evolve over the last few years. When we first met back in 2018, she was a fresh-faced addition to Australia's indie-pop world showcasing her charm through Biggest Fool in the World, an early single that would immediately place FRITZ amongst ones-to-watch lists across the country (including ours). She's delivered on that too; single after single since showing different facets of FRITZ's guitar-soaked sound, and the personality and songwriting that bridges together all of her work.

With a sound drenched in nostalgia and storytelling, FRITZ - real name Tilly Murphy - has this certain youthful energy to her music that really encapsulates why she's a musician so worth paying attention to. Melodically, her work feels like a hazy, washed-out dream that shines with this technicolour sheen; a sense of polish and grace that sneaks through even in the most DIY, rough-around-the-edges moments her music often moves into. Then, there's what she sings about, and how she brings us into her world with the same charming personality that made her such an exciting force from day-dot.

Now, with her newly-minted sophomore album Pastel, we're seeing these two sides come together, and it feels like a moment that exactly shows the strengths of FRITZ and why she's such a beckoning force both in the present and the future. Arriving via Inertia Music, Pastel is a tasteful nine tracks that present the core of FRITZ's sound and how she's able to mould and shape her sound into different musical dimensions, floating between capsules of alt-pop that range between the more subtle and intimate, right through to those that crunch with that aforementioned roughness that captures the raw passion of her work.

Pastel shines in both of those areas. The album-opening Sweetie, for example, dances with a soft sense of hope amongst a backdrop of nostalgic bittersweetness about growing up, while the song that immediately follows - Arrow - moves with a far heavier crunch, with more focused and pointed lyricism influencing the song right down to its grittier sound. The hazy tapestry of guitar, bass and percussion form of the backbone of these songs and the entire record, but their intensity come and go depending on what's happening in the context of them; the bite of FRITZ's songwriting showing right down to the album's production, too.

The different energies that live within Pastel are a testament to FRITZ's continued sense of growth; something that - as we mentioned - has been definitive in making her an excitable force amongst the saturation of 2021 alt-pop. You can feel FRITZ grow - musically, personally, emotionally - across the course of the nine tracks and how they exist amongst her past work, especially contrastingly to the breakthrough Biggest Fool In The World brought all those years ago. FRITZ has come a long way, and Pastel is proof of that.

"I started writing this album 3 years ago. It reflects my growth musically and personally over the past three years," FRITZ says on the record, doubling down on the sense of evolution that we just mentioned. "It’s a body of work that  truly represents my becoming of a young adult from a teenager."

Take a dive into the record below, alongside a track by track walkthrough that sees FRITZ dissect the album and its lyrics one song at a time.

Sweetie is a bittersweet reflective song about my childhood and family. Sometimes I dwell too much on the past and it gets me in a dark mood where I don’t look forward to anything because my head is stuck in a different time. It’s meaning is nostalgic and I tried to portray this nostalgia in the instrumentals as well. Fuzzy, dreamy songs give me a sense of nostalgia so that’s what I was aiming for with this song. What a dreary way to kick start an album!!!!!!

Arrow is the most brutally honest song I think I’ve ever written. I never usually have this much anger and regret in my songs. It’s about an ex that left a very negative impact on me. I can be sad and mad about the situation all I want (and I was for a very long time), but I also thank what happened because I believe it made me a far stronger and independent person.

Arrow was the final song I wrote for this album. I was very torn if I would include it or not but I’m glad I am in the end, it fits perfectly with the seemingly emotional/teenage/love song themes of the album.

Pastel is about the silly feeling of thinking I need to change my appearance to look cool for someone. I have changed my hair so many times because I get so bored with it and I think other people will get bored of me. It’s SO silly. I’ve bleached it, dyed it every colour of the rainbow cut it short, grown it long… The list goes on. “Do you care at all?” Meaning… this “someone” probably doesn’t care what I look like, so why do I keep trying to be different? Silly silly silly!

This song is about unnecessary drama and jealousy from someone I once knew. It’s essentially reflecting how I felt about a situation that I was put in for loving someone who had a jealous ex. Craaaaazzzy stuff. “Don’t take it out on me, I wish I was sorry!!” That sums it up really.

This song is the oldest on the album, and I believe its one of the first songs I ever wrote back at the start of 2017. It’s about someone I had a crush on in high school. I was so self-conscious about myself that I thought every time I talked to them I was being a bother to them and I would hate myself for that. The song is asking rhetorical questions that I would ask myself for no reason. I thought they hated me hence… Hence the whole song basically.

Ghost Poke is a song, like many of mine, that’s about a lot of things in one. Ghost Poke is a term I coined that is basically when someone treats you like a ghost and only ever talks to you when they want something or when they’re desperate for someone to talk to. I’ve known so many people like that and it’s made me feel like I’m alone all the time.

It’s also got to do with my childhood and how I’ve had this feeling ever since I was a kid. Divorced parents, moving cities blah blah blah. It’s a big vomit of emotions really. I think that comes across in that way its sung - like a fast-paced, out of breath rant. A cathartic rant, however.

Die Happily is about wanting to be around a person forever and treasuring every moment spent with them. This is also a very old song on the album as I wrote it in 2017 and we’ve been playing it live since then. It's very simplistic in meaning and so I wanted to chorus to
just be a simple one-liner. I think the phrase “die happily” isn’t used enough… I believe it's very powerful and perfectly sums up the way I felt when I was living these moments with people I love. The underlying dark theme of that phrase is also something that has to do with the song. Sometimes when everything feels right I can’t help but to think it’ll all go to crap again.

This song shares a similar meaning to Die Happily, but finally with no underlying dark themes. It’s a very honest love song. Warm, bright and sunny.

Jan 1 is about the pressures of new years and the sometimes unwanted need for change. I’ve never loved the idea of having resolutions, it personally just makes me feel unaccomplished and unresolved as I already am. I suppose Jan 1 is overall depicting how we should be content with ourselves before having the need to fix ourselves when a new year hits. 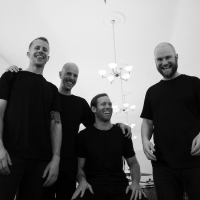 Album Walkthrough: Luca Brasi break down their fifth album, Everything is TenuousOn their latest record, the Tasmanian group excel in a reflective, self-produced setting that's more Luca Brasi than ever before. 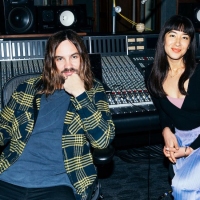 One Year of The Slow Rush: Kevin Parker breaks down his latest record in new podcastThe podcast series comes ahead of many Tame Impala treats this year, including new shows and anniversary celebrations.
Bands