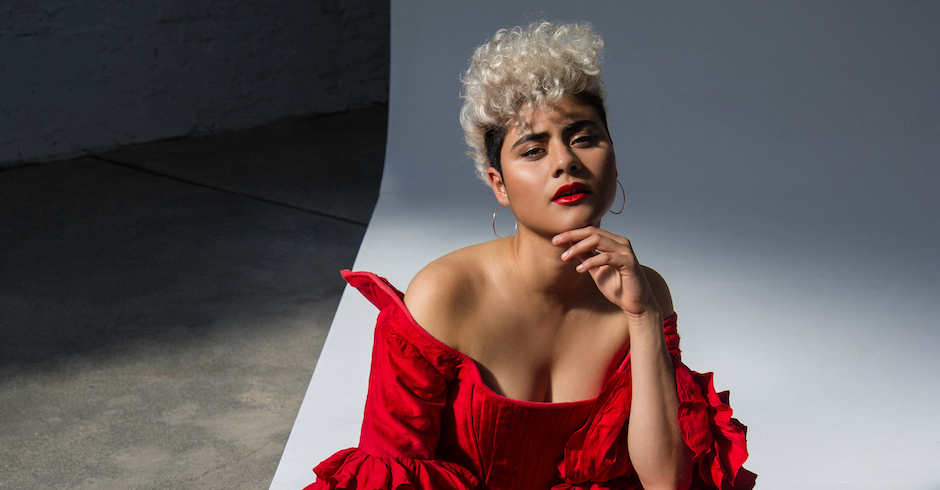 Montaigne - For Your Love

In 2016, Sydney musician Montaigne secured a slot amongst Australia's most celebrated musicians with Glorious Heights – a triumphant, 13-track display on her theatric indie-pop that in the time since its arrival, has secured her everything from ARIA Awards to Splendour In The Grass sets. Now, two years later, she returns with For Your Love, a single perhaps more bold and confident than anything she's ever done before, and one that definitely takes her to the next level. Created alongside a team of internationally-recognised songwriters, For Your Love fleshes out the dramatic pop she's hinted at in the past, spotlighting a playful vocal that twists and turns to almost orchestral-like levels as lyrically, she shares a fairly personal and intimate story. "I was reflecting on my first and so far only boyfriend," she says on the single. "It was a short relationship, but it was long enough. The first few lyrics from For Your Love hark back to Because I Love You: 'I have been a snake, I have been a dog.'" It arrives with news of a new album in 2019 - more on that soon - a national tour that will take her around the country with Eilish Gilligan next April, dates and more info HERE.

We've become big fans of Melbourne trio Huntly over the past few years, with their latest single Drop Gear – arriving earlier this year – particularly highlighting their knack for crafting experimental, club-focused bites of energy that in the case of Drop Gear, saw lead singer Elspeth gracefully glide it over the top. Now they're back with Wiggle, a single that is perhaps their most slick, polished and accessible yet; reducing their left-field experimentalism to just a smidge as they take on a more pop-centric sound. It's bright, catchy and addictive in the best of ways, with the trio crafting a bass-driven, yet minimalist production that pops underneath the single's attention-grabbing vocal, which this time around, contrasts the single's thick groove. "Wiggle is the poolside-banger track of the record, says Elspeth on the single, teasing their currently unannounced 2019 record. "Musically, Wiggle is a homage to all the incredible women making clean, evocative dance music right now like Yaeji, Tirzah and Smerz. Production-wise, this meant an exercise in absolute minimalism." While Yaeji's Korean-infused house-pop easily sets herself apart from the rest, Huntly have to work a little harder, and on Wiggle, they definitely pull it off.

The same week Huntly returned with Drop Gear, Perth's Methyl Ethel returned with Scream Whole – a catchy return-to-glory from the Jake Webb-led band that, arriving ahead of a slot on next year's Laneway Festival, gave us another indie-pop classic from the band with the "drama and flamboyance" of their addictive, almost-Hottest 100-topping Ubu. Now they're back once again, announcing that their new album Triage will arrive on February 15th next year, led with another new single, Real Tight. Although not carrying the same light-heartedness as Ubu or Scream Whole, Real Tight is another slick single from a band that is quickly becoming one of Australia's best, with Webb's expert songwriting skills carrying the track's bright, pop-leaning sound that this time around, comes with what seems to be a touch more intimateness than their past work. Set for release via Dot Dash, Triage is set to be a more "reflective album" than their past work, "one that explores the notion of coming of age" through Methyl Ethel's much-loved and much-applauded songwriting.

Last month saw the long-awaited return of Julia Jacklin, the Blue Mountains-raised musician whose 2016 record Don't Let The Kids Win was easily one of the best (and most under-rated) releases of that year. Her comeback single Body was an emotive masterpiece centred around her touching vocal, that in her own words, sounds like a "very long and exaggerated sigh." Head Alone is her next and it's almost just us touching, upping the energy levels slightly while keeping that tender emotiveness for a track that leans in more a radio-friendly direction compared to her past work. "Head Alone is not a song that comes from a singular experience," she says on the single. "It came from two years of feeling like the space around me shrinking to the point where I couldn't even raise my arms. This song is me raising my arms and running into an open field. A bit of a plea to those around me to give me space and a song to remind myself that it's okay to enforce boundaries, the good people in your life will listen, adapt and still love you." It comes with news of a national tour next year – more details HERE – and that her upcoming new album, Crushing, will arrive on February 22nd next year. It's going to be a good one.

Australia's pop scene is burgeoning with talent at the moment, and Samsaruh has been threatening to full burst through for a while now, and perhaps The Beginning might do it. Showing a bit of snarl that we haven't really seen before, it's nice to see a little bit of edge to the generally fairly clean-cut electro-pop stylings of previous releases. "This song for me is about not giving a damn. It’s that carefree, sarcastic and punchy song that’s been waiting in hiding, ready to empower you," she says. Working with one of Australia's finest Oscar Dawso (seriously, who isn't he behind at the moment?), it's got a confident bombast about it that's a little bit sinister... Essentially it feels like Samsaruh means serious business ("Baby we're just getting started"), and it's bloody exciting to see. You'll be able to see if she backs it up live when she hits the the huge Pleasure Garden Festival in St Kilda on December 8 - the stage being set for a dominant 2019 for the still very young star. 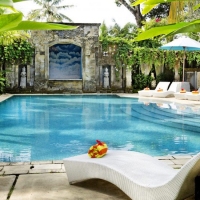 Beats & Beach Clubs In Bali: What to expect at the inaugural CASSIA FestivalA lush hotel experience soundtracked by some of Australia - and the world's - finest DJs. 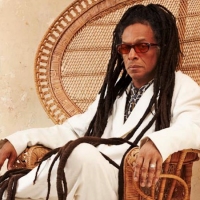 WAMCon once again proves a highlight of the WAMFest weekenderAn integral and inspiring part of the always jam-packed WAMFest weekend gets right.
Light & Easy