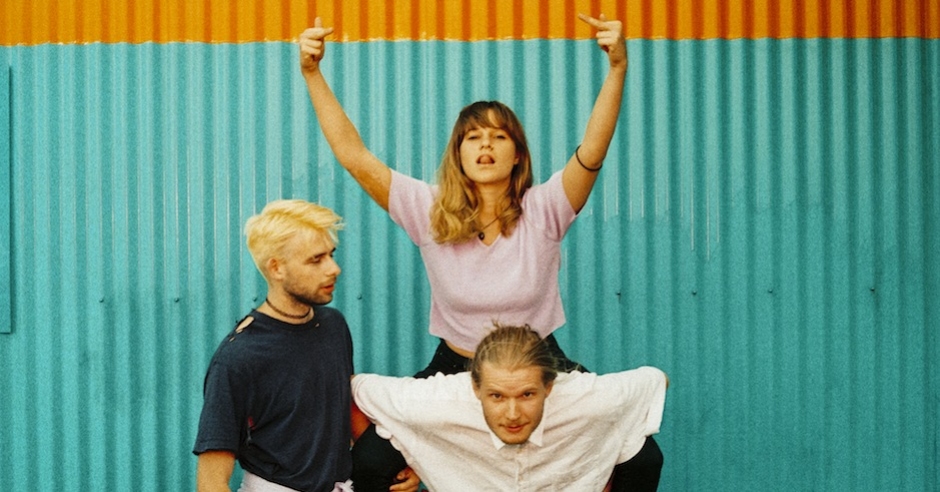 Melbourne based electro-pop outfit Huntly release their debut EP in Feel Better Or Stop Trying this Friday, a stunning six-track of down-tempo, electronic R&B and pop that sees the three piece combine analog textures, electronic soundscapes and earnest vocals. We had Elspeth, Charlie and Andrew of the group give us a run-down of each of the tracks on Feel Better Or Stop Trying.

This track plays with the idea of place and memory. A lot of it has to do with the sensory feeling of a certain time and place, so we tried to establish that with the very first sound in the song, the very first sound on the EP. It opens with the sounds of a very early-recorded version of the track (it has many different lives), the sounds of something in an empty room, ticking. Elspeth first wrote the words and chords after discovering the incredible local Melbourne trio I’lls, and tried to make something similarly dark but soothing. Coincidentally Simon Lam (I’lls, Kllo, Nearly Oratorio) ended up mastering the track some years later.

Our goal was to sonically match the ideas being explored lyrically - of time passing, moodiness, dissatisfaction. A damp, lonely bedroom in North Melbourne where Elspeth sat wondering if she’d made a pivotal mistake by moving to Melbourne. We wanted to reflect that thick, dark place the lyrics were born from, by stretching, warping and layering the vocals. The second verse takes Elspeth’s melody line and turns it into an achingly slow-rendered version of itself, spluttering through the beat. The third verse sees a cathartic release, which only evolved after a couple of goes at trying to make this song work.

Elspeth wrote this as an offering to the ghosts of relationships past. Sunday Sheets was born on a plane somewhere in Europe after a monumentally messed up day, and it speaks to the ephemeral mix of agony and elation we’ve all felt rushing through our bodies at some point of a relationship’s end. We tried to explore that as a sensory experience in the video clip we made for the single.

The whole second part of the song came about from an extended jam we were doing in the end that went into a weird house version of Madonna’s Get Into The Groove. So it’s good to know that Madonna lies in some of the song’s DNA. Eventually we mutated that into something that connected more with the first half of the song. At the time we were listening to a lot of the Deep Heat early house compilation series from the late ‘80s, which was a bit of an influence.

Being the first single off the EP, there was a lot of intensely detailed discussion over every tiny piece of sound. Listen out for the “woos” at 4:19 and let Charlie know if it was worth it.

Thematically, Singing Surts covers similar ground to Sunday Sheets, in charting the haunting memory of a lost lover, and the effect one person can have all over you. It’s all also about the voice and self-actualization. Charlie is obsessed with using the voice as an instrument. The mutant-choral voice samples make up the bed of the track, and sonically personify the nameless feeling evoked in the song.

Originally this was a trying to approach lead by texture rather than harmony, up rather than sideways. The chorus key-changes were inspired in part by Flamenco Sketches (the Miles Davis piece) and melodies Charlie would hear the chazzan sing in Synagagoue as a child.

We just wanted to make an R&B love banger ballad that was inspired by the textures of experimental sound art, mixed like Drake and ending in lush orchestration like Alice Coletrane. I don’t know why.

Andy says this is the drunk sibling of Sunday Sheets. Charlie describes it as kinda like the sound of that single sexy sweat droplet dripping down the side of your neck - you know the one. Elspeth is thinking back to the night she wrote it, when her and Andy drove home to their house, both silent while Radiohead filled the car and Elspeth wondered what life and love is all about. Lusty is yet a further exploration of the carnal and thudding presence of a disappearing lover - the sensory wash that creates, something that seemingly has the capacity to permeate your sense of reality.

If you listen closely to the opening of the track you might be able to tell which one of us it features breathing every so often while sipping tea. The song then builds up pretty quickly and washes deep into the thudding chorus - a monologue for self preservation that Elspeth was telling herself a lot at the time.

The track really serves as our most understated, but we are quietly confident that it’s a grower.

The misfit; Huntly go rockdog. Elspeth went home to Brisbane and got all confused about where she belonged and then tried to pretend she was in the Dirty Projectors. This is another track that has been through a lot of time and changes, and in the end we got a few friends in to help us out with their skills and cred, which was super fun. That’s auteur cult figure Gregor from 6regor shredding on the electric guitar there throughout (catch 6regor at Dark Mofo this year). We also got our jazz darling mate and profesh vocalist, Luara Karlson-Carp, to lend her vocal suave to Elspeth’s Amber Coffman impression. Finally, we got hold of super-talented Brazilian guitarist Eamon Roy of Windari, to add his nylon string flourishes to garnish the dish. Angus Young was not available.

Probably the most collaborative of all the tracks. Everyone really played a part in this one, with everyone writing separate parts that came together.

Also just to note, a swampy psych-jam is never something we thought would end up on a Huntly track, but lo and behold 2:45 minutes in, it just happened.

This one originally came about from one of those impromptu jams that just descended onto us in our living room while we were meant to be doing serious practice. Maybe from the depths of hell. In terms of influences, Elspeth was listening to a fair bit of UK Garage and R&B artists like Burial, Kode9, and Kele Le Roc, and James Blake’s early CMYK EP has always been huge for Elspeth and Andy. After a bender of a summer, we had just farewelled our dearest friend/band confidant, so lyrically it became a love song to him, and the song took shape almost instantly. We get a lot out of this one, particularly when playing it live, where the three of us do a lot of experimentation around with our chosen mediums, and build up into the slow-rave stars we were born to be. 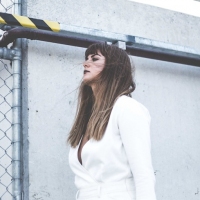 Listen to a steamy new mix from Made in Paris, Oz techno's self-made first ladyPlus find out about the plethora of good things she's been up to lately; record labels, new agencies, and new tunes. 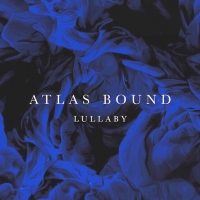 Atlas Bound drop their soulful debut EP, LullabyGet in your car and go for a long nighttime drive.
Electronic