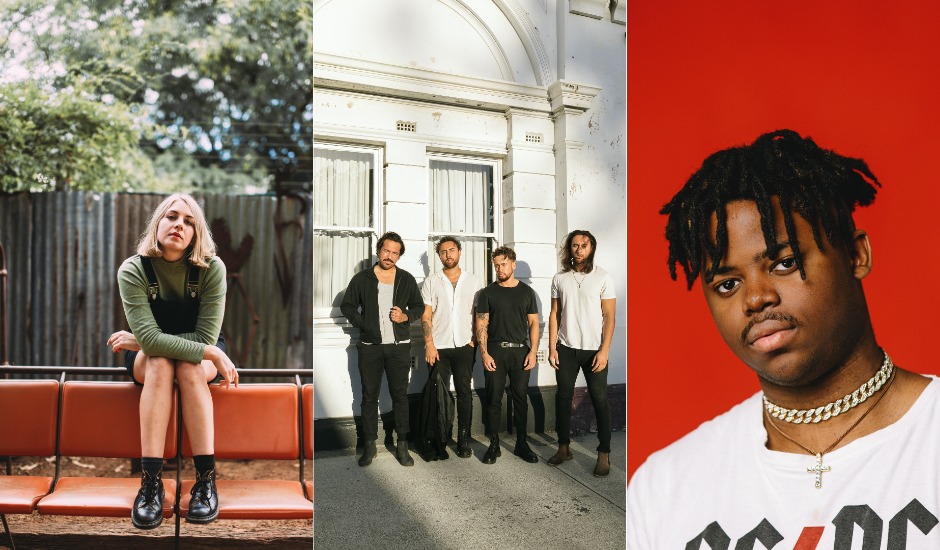 Kicking off the start of 2020 in a big way comes Perth-based four-piece COTERIE, who after a sizzling 2019 that saw them step up as one to watch in the west coast, are back in 2020 to make the start of the new decade their year. After a pair of tracks last year - their debut Where We Began and its Pilerats-premiered 'alt version' - and a run of showcases put them on the map as a rising force in both recording and on the live stage, their latest single Salvation proves that they aren't going anywhere in the year ahead, and that they're a band everyone - from West Australia to beyond - should be looking out for.

Salvation is another shimmering track from the brothers - all four members of the group are brothers, and their parents were musicians too - that displays their talent in tender indie-soul; soft-strumming guitar work meeting a powerful vocal that punches with the intense emotion of acts like Hozier, for example. It's quite unlike anything else coming from Perth at the moment, and with the track's uplifting feel - "Everyone, no matter their situation or circumstance, needs a hand up at some point, sometimes life sucks. This song is essentially us communicating and relating to that part of humanity," says the band's Tyler Fisher on the track - we can see it going far.

Catch them tour the country across much of the first half of 2020, more information here.

Rising Perth rapper Alex Parkman is someone we've featured a few times over the years, watching him lay down the foundations for a bright future with his debut single King of the Block last year and rise exponentially since, with In The Cut being another strong, three-minutes of blaring hip-hop amongst the west coast's most exciting and potential-filled. While 2019 was somewhat of an introductory year for the rising name, 2020 is going to be the year that he doubles down on it and becomes something special, launching straight into the year with his new single NO CAP.

It only takes two-minutes-thirty for Alex Parkman to make his point with NO CAP, but honestly, we think he could've done it quicker. It's a dynamite of a track that proves explosive from the get-go, launching into a rhythm of twinkling melodies and hard-hitting bass kicks with a flow that doesn't let down for a minute; focused and fierce, with all the intricacy and strength needed to ensure that Alex Parkman is going to be a name on everyone's tongue by the year comes to close in twelve months. It's the first single from a debut EP still to come, which makes us think this is really just the start.

Tanaya Harper is a favourite of the Perth live music scene and has been for a while now, her graceful touch not just felt on her own music - which has steadily been coming out since 2018, including her Stella Donnelly-featuring debut EP Some Kinds that year and a sensational single titled Crash Pad last year - but also in the many bands she works alongside as a collaborator and band member: Bells Rapids, Ghost Care, Market and others included within that. She really is the leading lady of West Australian music, and there's plenty more on the horizon too.

Her latest single, Evan Keele, is amongst her best yet. It's a tender three minutes of stripped-back indie-pop both subtle and beautiful; her vocal gracing a gentle guitar instrumental with lyricism that sings on mental health and the strange, relatable confusingness of it all as she sings on her experiences with type 2 bipolar: "Hey! My life is pretty great now...but I'm also kind of bored." It also comes with news a full-length EP titled Slow Motion Breakup, which will arrive on Friday, March 20th with a launch show at Badlands - featuring Shy Panther, Grunge Barbie and Mitch McDonald - a few weeks later, on April 3.

Despite only forming at the tail-end of 2018, it hasn't taken Perth trio Material World Orchestra too long to make themselves known as an exciting new face to watch amongst Perth's bustling electro-pop scene. A pair of singles set themselves up nicely last year, with Digital World and Lost in the Future showcasing their charm for nostalgic, funk-fuelled pop music that feels like the amalgamation of many different styles and acts: the guitar-backed business of Byron Bay break-outs Parcels, their infamous collaborators Daft Punk and a healthy dose of Unknown Mortal Orchestra and Donna Summer in there too.

Their latest single Fantasy is one that showcases their sound better than ever thus far, and it's a really good time. Using a long-winding, five-minute song duration to their benefit, the group move through soundscapes and energies across Fantasy, all hooked in this distinctly groovy funk-disco sound that often finds itself aligning with other genres too - pop and indie being the two most prominent. It's an exciting step for the group that really makes their discography all high-tier at the moment, and considering they're only still finding their footing, don't be surprised to see them blow up in the next few years.

Upping the tempo for a moment to finish things off is Perth-based producers WYN and Sistym, two musicians who have been steadily rising amongst the Perth bass scene for much of the last year. WYN, the first of the two names, is a promising force within Perth electronic known for her distinct versatility and range; her string of singles last year - Those Other Things Will Come With Time, DOT - showcasing two very different sides to electrlonic she's able to master. Sistym, meanwhile, is a musician starting to attract international attention for her craft in bass music's heavier realms - tech, liquid, drum'n'bass, half-time and so on - that has seen her tour places people would dream: US institution Shambhala an example of that.

Ganges sees the pairing come together for a new compilation by Perth dance music collective New Forms, with 17-strong playlist putting together some of the state's smartest minds in electronic - CRUEL NOON another example we've personally featured over the years - to showcase their craft in halftime beats particularly. Ganges is one of the compilation's highlights, a dizzying run of bass and quick-firing synth melodies that never quite eases up from the second it breaks down into something powerful, showcasing why both WYN and Sistym are two rising stars amongst Australian electronic worth messing with. 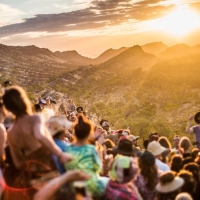 A guide to Wide Open Space Festival’s getaway comp, and the ways you can use itWinning a getaway for two in Central Australia can set you up with a holiday for a lifetime, let alone one with a Sampa The Great-headlined festival. 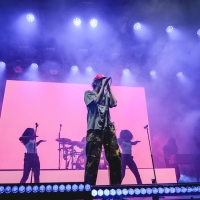