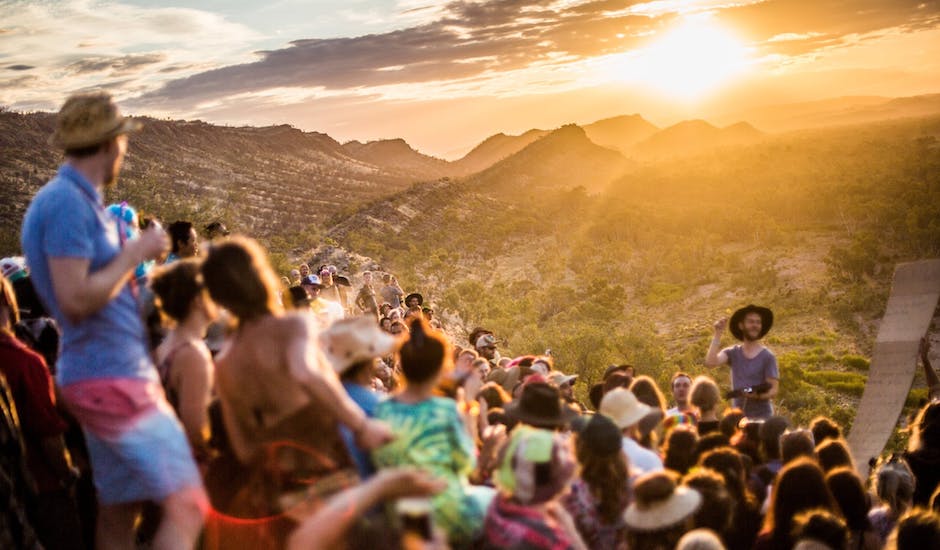 If there’s one thing we’ve come to learn over years of enjoying live music, it’s to always leap at the opportunity to see gigs outside of the natural norm. We’re not talking about those “once in a lifetime” tours that seem to pop up definitely more than once a lifetime nor are we talking about catching your favourite artist of all time in an arena-sized show. Instead, we’re talking about leaving the norm - getting out of your comfort zone, even - to see shows that are more about the experience than the music in front of you (although the music is obviously very important too).

One festival that constantly catches our eye for this very reason is Wide Open Space Festival, a three-day venture in Central Australia - it’s nestled amongst the MacDonnell Ranges near Alice Springs, on Arrernte land - that has been bringing people together for the last 11 years now. Throughout this time, the crew behind the festival have really captured everything it should be about. The musical lineup is always high-tier, bustling with acts both in the commercial realm and in the underground, and the experience that comes with it is near-to-none; imagine getting to see a side of Australia most people never see because you travelled there for a festival?

In 2020, this seems to be no different. There’s a second announcement still to come - more on that soon - but their lineup this year will take names like Sampa The Great, Briggs and Opiuo to Central Australia alongside their usual offering that extends past music: cabaret and burlesque, roving performers, circus and aerials, large scale video projections, immersive interactive spaces, engaging installations, hands-on art spaces, forums, sessions and lectures as well as plenty more. It’s a full experience, a celebration of Central Australia, and something that you can’t really get anywhere else.

This year, the crew behind Wide Open Space Festival are running a competition that can get you there to experience the brilliance of the festival and its surrounds, with the #MeetYouInTheMiddle competition giving two people the chance to see and experience a hell of a lot:

To enter, people must answer the following question on a digital platform linking in the competition hashtag #MeetYouInTheMiddle, in the most creative way they can: " If you could meet one person in the middle at Wide Open Space festival 2020, who would it be and why? "

Entries must be uploaded to social media via Facebook or Instagram with the competition hashtag and can be, but aren’t excluded to video or audio (max 1.5 minutes), image/s, photo collages or presentations (max 1.5 minutes), written pieces or stories (200 words max) or a combination of medias (same restrictions as above). The general gist of it is to be creative as you can, and really think out of the box.

The competition is open now until February 26th, with entry permitted for all non-Northern Territory people over the age of 18. For more information and all that jazz, check out their website.

This competition is a big one, not just for the return flights and free festival tickets, but also because it gives you - the winner - the opportunity to experience one of Australia’s best areas, including the general Alice Springs and Kings Canyon area.

Sure, you might feel like there’s not too much out here, but you’re wrong. Here’s a bunch of stuff you could get up to if you take out the competition, or if you feel like heading over to Wide Open Space Festival without your free ticket:

Check out Kata Tjuta and Uluru, as well as their surrounds:

In case you missed the news last year, you can no longer hike on Uluru - a good move. However, that doesn’t mean you can’t still experience the area and catch a glimpse at Australia’s rocky icon. There’s an outback camel farm out here you can explore, as well as Kata Tjuta - otherwise known as Mount Olga. Kata Tjuta is basically Uluru’s less well-known sibling; a series of rock domes not too far from the main event. Then there’s Uluru itself - you might not be able to walk on it anymore, but you can definitely still walk around it and take it all in - it’s quite an experience.

Central Australia is remarkable for its long-winding history, and there’s plenty of places around that gives you a glimpse of the oldest known human communities that lived on the planet full-stop. Near Mutitjulu Waterhole, at the base of Uluru, you’ll find cave paintings older than any art you can find in any Australian museum, while the on-site cultural centre run guided tours too, meaning you can learn all about the culture and art of the Anangu Australians from the people who know it best.

King Canyon is one of the most beautiful places on earth. It’s a natural wonder that has many places to explore and learn about, from the Amphitheatre and something called the Lost City right through to the majestic Garden of Eden and the picturesque outcrops that extend across the park. It’s also a chance for a bit of exercise too; the hike is apparently quite difficult, but it’s one definitely worth doing for the views and nature alone.

Wide Open Space Festival is tucked away in the Western MacDonnell Ranges, which is another hotspot for Australian nature and biodiversity. Here, there are more trails and hiking walks than you can count on one hand, navigating gorges and pools like Ormiston Gorge - a natural oasis surrounded by Eucalyptus and rocky outcrops. There’s Ellery Creek - often visited by wallabies looking for a drink - and Simpsons Gap too, the latter of which a particular favourite for local wildlife in need of a drink.

Experience the above on Outback Tour Services’ Red Centre Adventure, one of the many tours the agency do to promote Central Australia and its natural beauty. 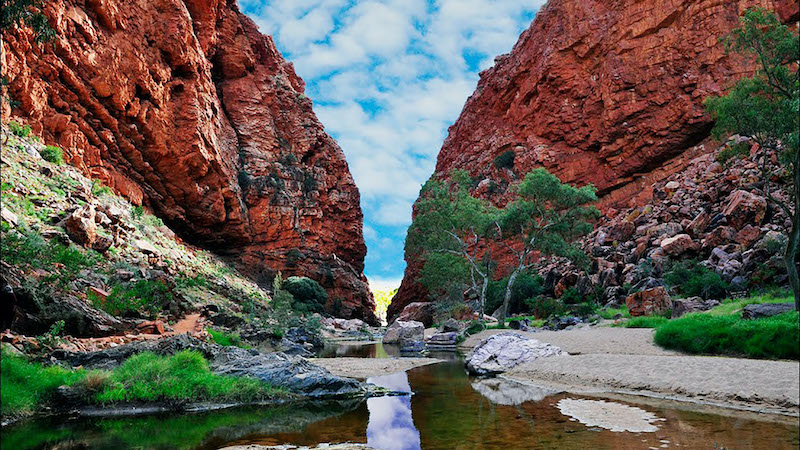 Elsewhere, there’s a tonne of things you can do, and Tourism NT have a chunk of them. Their Alice Springs and surrounds itinerary also includes Alice Springs Desert Park (a zoo-styled park full of creatures you can’t find anywhere else), the Telegraph Station Historical Reserve (which you can tour via mountain bike!), the Olive Pink Botanic Garden, a reptile centre, Ellery Creek Big Hole and plenty more.

That’s just the start of what you can do - we’ll leave you to explore and find out the rest - but in the meantime, enter the competition and who knows, we might just #MeetYouInTheMiddle. 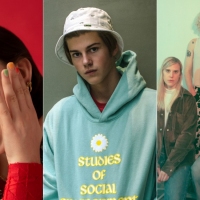 From stan accounts to TikTok, social media is creating our next popstarsIn 2020, record labels no longer decide what blows up. Now, it’s the next generation who have control. 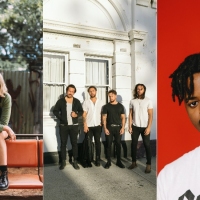