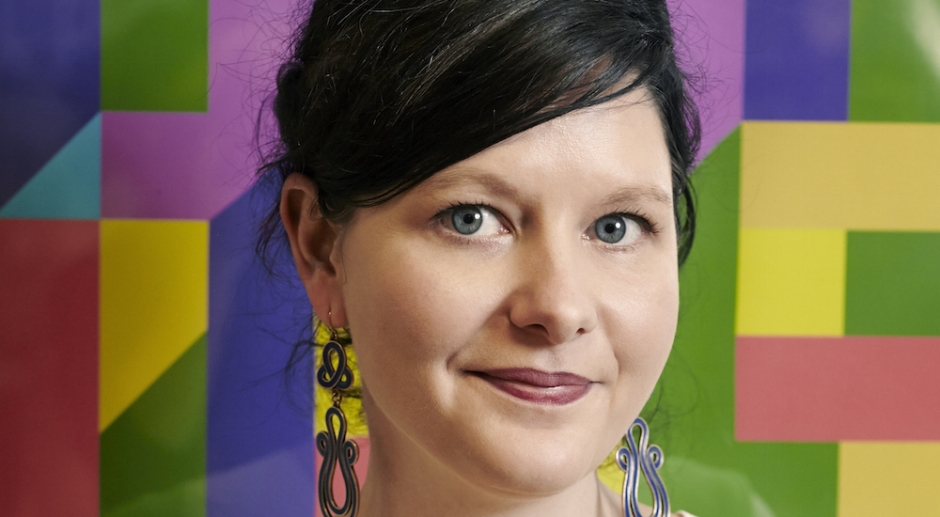 Siobhan Reddy grew up in Campbelltown, reading books and imagining different worlds. She now stands among the top 100 most powerful women in Britain alongside the likes of J.K. Rowling and the Queen. After leaving home for the UK at the age of 18 Siobhan secured herself into the gaming industry where she now works as co-founder of her company Media Molecule, everyone’s fantasy job, dreaming up new worlds all day. Despite having little interest in gaming as a child, Siobahn brings a new and refreshing light into the game industry, creating the much-loved Playstation game Little Big Planet, to go with a host of other achievements.

With Media Molecule's new game Tearaway Unfolded on the verge of release, we had the pleasure of a quick chat with, speaking about her love for the arts, film and music scene Siobhan found that gaming could be a mixture of all her favourite mediums.

When did you discover you were passionate and interested in working within the game design industry?

It came from a love of all other things, I am a collector of interests and since I was little I have been into creativity and the imagination. When I was younger I was always taken to art shows and I was always reading books and seeing films. So then when I became a teenager I became really interested in the music scene and at that time, Sydney had a really good and healthy underage music scene. My love for music lead me to make a fan-zines, which then lead me into making little movies, which then exposed me to the internet and that lead me into game design. Game design is basically all of those thing that I loved mushed together into one. I think that people forget a lot of the time that our hobbies when we are children, can very often lead us to do and be who we are as grown ups. 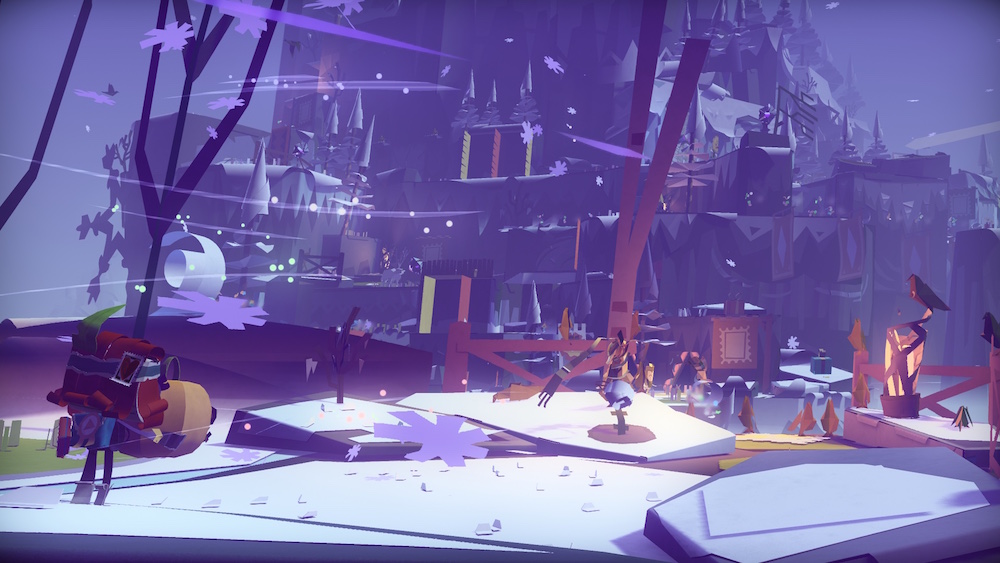 You packed up your things and left for the UK at the age of 18. What was that experience like?

Oh my god I was so naive. But at the same time I guess it has really taught me to stand on my own two feet and understand that whole process of everything (life). I met my current boyfriend very early from moving there, so we were really lucky to be able to both go on this journey together.

You have just released Tearaway Unfolded, the reaction online has been good. What was the process behind creating this game?

The reactions have been really good, we have been receiving emails about it and it has all been really good feedback. You don’t really know what’s going to happen when you release, you get nervous. This one was made by a really small team for about 18 months, it was a smaller team which meant it took a little longer. At Media Molecule we have around fifty five people working, I think if we breached out to far beyond that it could become chaotic. 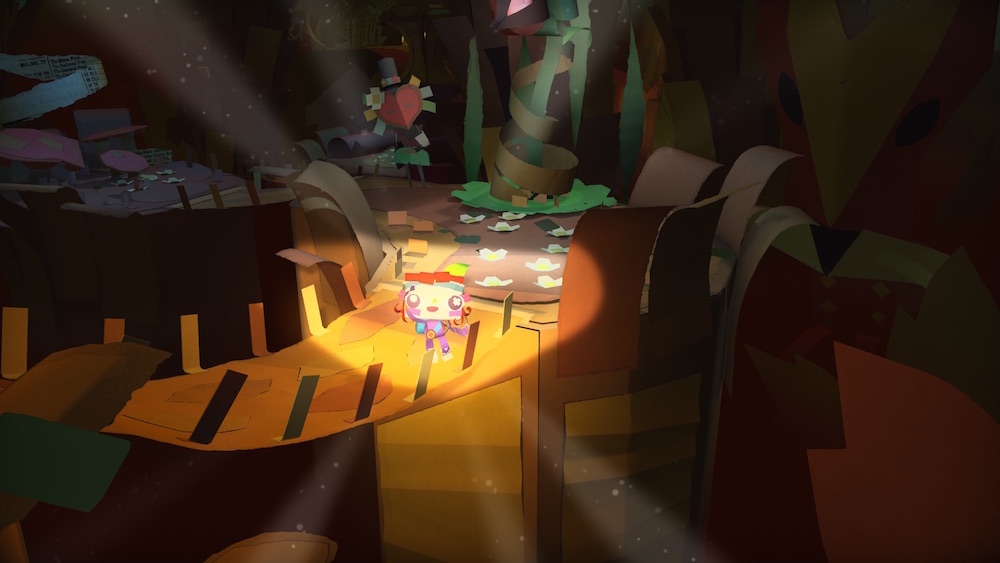 The game design industry is played up to being very ‘nerdy’ and not particularly creative, which I know isn't true. For you, what is an average day in the office like?

It totally is, for me it’s always different. We run a lot of classes at Media Molecule, such as art and singing, so they are always going on. My day at the moment is very much working towards Paris games week. So right now it’s coming in and seeing what we have and seeing how we can make it better. Every day it’s looking for artwork, listening to music, finding new resources. It all really depends with what phase we are in. Sometimes we spend whole days dreaming up a whole new world. In order to create a world it has to have foundations and rules, so you kind of have to have this structure, even though it’s all created in your head. It’s mad, but it is so much fun.

Video games are notoriously spoken about as a ‘boys game’. In both the gaming itself and the design production. Why do you think there lack of females working within this industry?

The good news is that now it is nearly 50/50 of males and females responding to games. And the audience is growing really rapidly. I think that within the industry itself it has increased by the double in 10 years. It use to be 10 percent of women working within the industry and it has gone up to 20 percent and I am proud of the fact that at Media Molecule it is 30 percent. I don’t know many other industries that are trying so hard to change those numbers like we are.

To me, I think the fundamentals of it have a lot to do with school and education. One of the reasons I have entered this industry is because I think it’s a really amazing industry and I really want to be an advocate for that. And really the fact  is that the more diverse the makers are the more diverse and interesting the games become and that is really amazing. There is this company in the UK called ‘Let Toys Be Toys’ and they have this whole campaign about how toys are gendered. They say why don’t we have just have all of the toys together. And I think that is a huge reason why a lot of girls aren’t involved in gaming is because at school it’s taught as a boys thing. 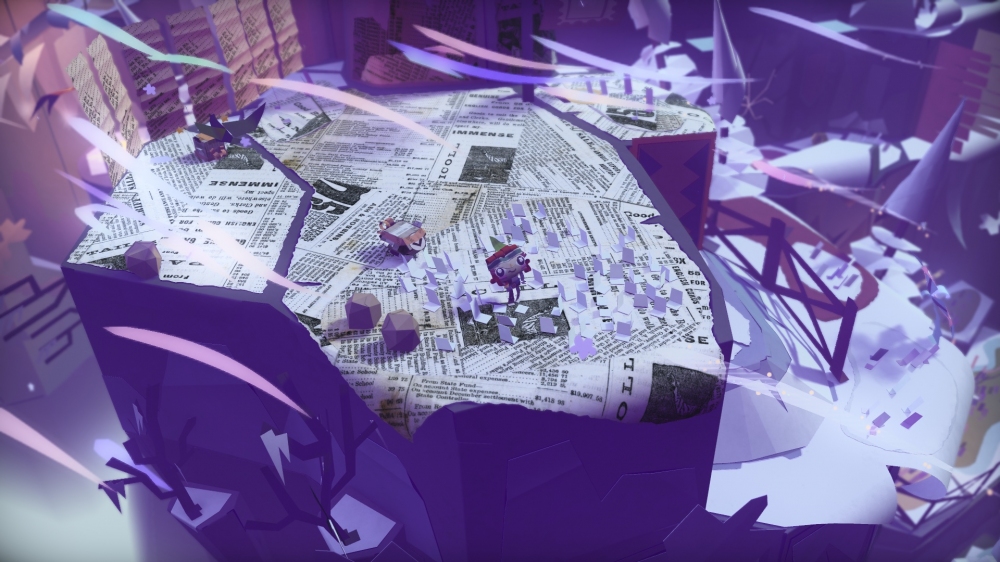 You have been awarded one of the top 100 most powerful women of Britain, I can imagine that feeling so incredibly scary. What was the experience like for you?

Yeah, it was scary. When I went to the reception for it, everyone there I was meeting were these incredible people working for years and I was just like ‘oh my god I just design games’. I am very happy that they wanted video games to be awarded and recognised, but it was also very daunting experience for me. Now though, it has given me a boost to be an advocate for gaming and especially for young girls and the game design industry.

Tearaway Unfolded is out now, head to the WEBSITE for more info. 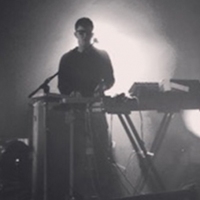 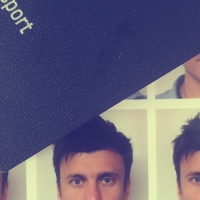 Rod Ladgrove's China Tour Diary Part 1Rod Ladgrove is heading to China for some shows, and he's going to document it for us.