This came as a recommendation from my weirdo-music appreciating English mate Keith, whose always got his head deep in the 'Cloud, and who always turns up great new stuff for me. Torus was his suggestion for me this week, with a little 'sounds like Shlohmo' sweetener thrown in, and Keith’s really pulled through. A recent graduate of the Red Bull Music Academy, Torus - Joeri Woudstra – is a producer from The Netherlands. Temples, his latest EP, was released today and its four tracks’ worth of woozy, bass-heavy atmospheric production to delight in. Whilst rich in tangible emotion, Torus’ tracks go more ‘large’ than Shlohmo’s. A producer like EPROM comes to mind as a comparison point, particularly on Creepin', a huge, synth-led mammoth of a track that could moonlight as a Southern hip hop instrumental. Other times, such as track U R, his inverted sonic excursions are more ethereal, and would make Clams Casino proud.

A series of manipulated vocal samples, and ethereal synth and a deep, bassy throughline drive 2Faced; giving it an R&B/electronica vibe that sounds like a Tri-Angle Records offcut (How To Dress Well, Jacques Greene etc). So yeah, it’s a pretty varied EP! A lot of different influences coming through when you listen; making for a hugely interesting debut – based on the strength of it, the Torus train is sure to pick up speed this year coming.

As well as a producer, Torus is a talented, internationally acclaimed graphic artist, who studied at the Willem de Kooning Academy of Arts, before he was a producer, Torus’ visual show is a big part of the Torus live experience, and you can check out his work in self-made video, Feeel, and the artwork for his EP, which Torus designed himself. Torus’ label Rwina Records is a good home for him, being a label that prides itself on a strong visual focus: twisted, bewitching artistry covers most of its releases. The bass-focused label from Amsterdam sees fresh names like Torus hobnob with releases from legends Noah D, Terror Danjah, Swindle, Doshy, etc. The artwork for Temples makes reference to the Italian Renaissance; depicting an empty temple, and skyline in the back; signifying a historical space now devoid of meaning; and aesthetically representing the negative space in Torus’ music to a tee. Buy here, stream below:

His mix for Truants Blog is also well worth checking: 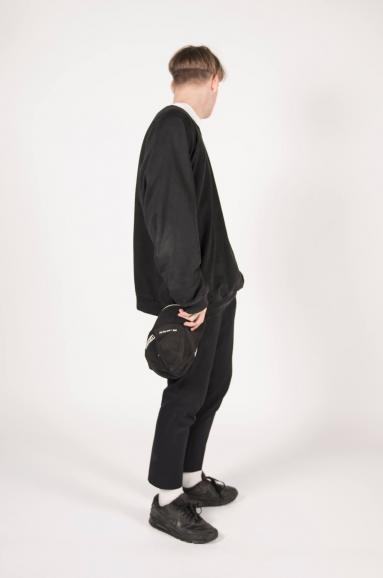 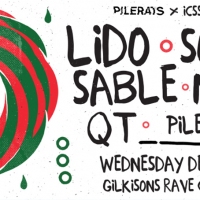 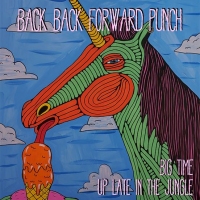