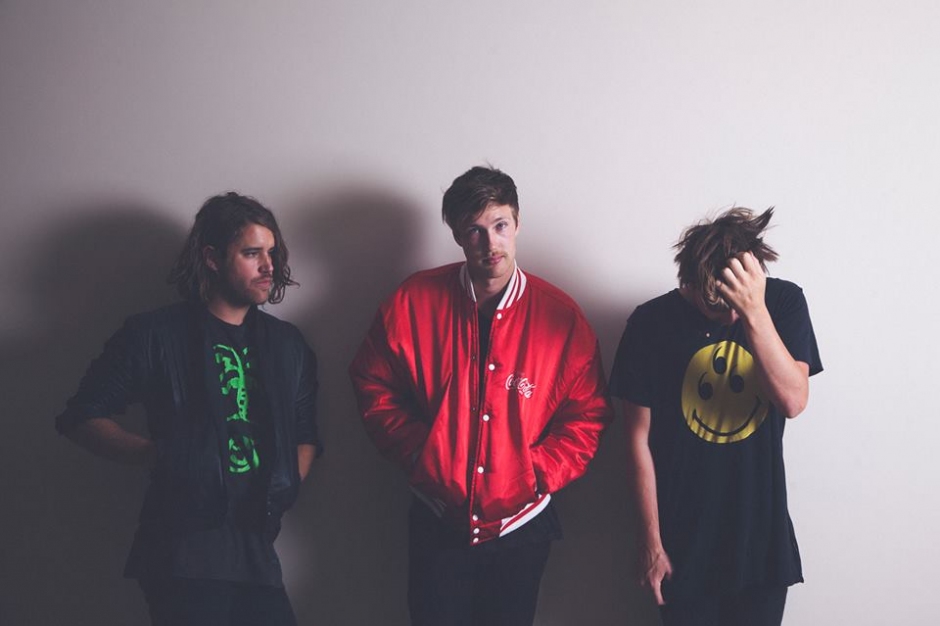 It’s Wednesday and I’m holed up in my car on the top of the car park of a suburban shopping centre waiting for my girlfriend. I’m starring at the giant sign advertising McDonald’s and contemplating the mediocrity of my existence, and maybe a 50c cone. On the other end of the phone line Phil Slabber - one third of West Australian electronic outfit Crooked Colours - is taking a break from working on a new track to recount the band’s recent stint on the road with RÜFÜS, the process of curating remixes, and what to expect when Crooked Colours roll out on their headline national tour this weekend.

You’ve just come off a run of sold-out dates with RÜFÜS, did many people come out early to see you guys?

Yeah a pleasing amount for us, more people than we thought which was really good. Usually when you open up there will be people there but they’re usually all hanging around the bar, but we had quite a few right up on the fence which was really nice. And it’s always fun playing big venues.

In terms of a support slot, as a new artist what do you take from an experience like that?

The biggest thing for us is we just get to see where we want to end up. Where we would like to get our own shows to. And we got to see how RÜFÜS do it, how they operate, and got stuff done, which is invaluable for us. We just tried to learn from that, and put it into our own stuff. Pretty much anything we saw that we didn’t know about we just asked them and they were more than happy to run us through it and show us how it was done.

Looking now toward your own tour is there a conscious decision to do something different in terms of the live set?

It’s pretty easy getting bored with what you play live just because you do it like ten times in a row. But having said that, when we’re home we have to work as much as we can to try and pay bills and get flights and all that so we don’t really get that much time to rehearse. So it kind of keeps you on your toes when you do play live. I think if we rehearsed more we’d probably get tired of the set quicker.

On the other hand, you’ve got to play what people want to hear. People buy tickets to come and hear you play songs that they know. But up until now, for us, it’s been nothing but a bunch of fun, we still enjoy playing everything.

I gather you’re planning something new in terms of A/V and lighting for the tour. What can audiences expect at shows on this tour?

We’re trying to sort that out now actually. We don’t know whether we’re going to be able to get the visuals going. We really hope we can get it done. If anyone came to the RÜFÜS shows we had them up there. It’s just some cool graphics, and a bit of a light show. The tour’s in some pretty small venues, so stage sizes permitting we’ll get it on there. But just a lot of energy: we’ll keep it sweaty and upbeat.

Run me through living in Perth, and how you think this has influenced your music: being removed from the major cities and scenes such as Sydney and Melbourne?

For us it’s been a really good thing. Maybe for other people it can not be a good thing, but for us it’s worked out really well. As far as writing music goes - just because we are so far away - I think some bands in Perth try and put more into it because there’s this notion of more being expected to try and get out.

Influence wise, I think we’re influenced a lot more by international artists than east coast artists just because we’re not there to experience what’s happening on the east coast. Whenever we’ve gone over east - and people know we’re from Perth - it’s given us a good vibe because people like to see someone that’s not from their hometown.

Are you guys in touch with many other artists in Perth?

Not as much as we’d like to be. We’re also not from city Perth, we’re about an hour south of Perth. I know there is quite a tight community here but we haven’t really gotten into it as much. We probably should. [laughs] But yeah, people have been working really hard here and it’s starting to pay off now.

I want to ask you about remixes. What’s the process like when it comes to remixes: do you have artists in mind you’d like to have work with a track or do they come to you?

The people that come to us it will just be with an idea and then we get the stems to them. The few people that have approached us, and we’ve gone with, it’s turned out well. Mostly, it’s just people we think that we can get a diverse package from: a housey remix, an electronica one, drum and bass etc. We approach people that we think are within reach. But it’s worked out really well for us. The standard way to go about it is to ask a number of people and then a percentage of those will get back to you, whereas most people with ours have come back. That’s why we’ve ended up with so many.

Do the remixes affect your creative process as a band moving forward?

Yeah definitely. Because we’ve got the stems we can see what other producers have done with them. It’s cool to see what methods they use, and then if you don’t know how they did something you think “shit, we’ll I’m going to find out”. It’s all a big learning process for us.

What about the potential of these tracks to expose you to new audiences?

Most of these guys that did them have bigger audiences than we do, so it’s definitely beneficial.

Has there been a favourite so far?

I actually really like the Yolanda Be Cool one: it’s dark and dancey. Also the PRFFT & Svyable X lanborg one: the amount of production that went into that just blows me away.

Tell me about the relationship with the Sweat It Out Guys, obviously it’s been pretty successful so far?

Yeah it’s been pretty awesome. It basically just opened a whole lot of doors for us which is the main reason we signed up with them. We saw what they did with RÜFÜS and Indian Summer and stuff like that. The dudes, like Matt [Handley] from Yolanda [Be Cool], have been awesome and super helpful in giving us tips in every facet of what we do.

I recently saw Chet Faker, and he has a bit of a spiel in his live show now about how musicians should be focused on musicality and not just hitting play. What’s your thoughts about this notion?

If someone’s musical and creative then they’ll make cool music and the live performance is just another aspect of it. As long as they put on a performance and people are entertained I think that’s all that really matters.

In an age of laptop producers, you’d be forgiven for thinking live dance bands wouldn’t be so prominent. What’s the appeal of the band structure to you, and how do you translate your music from the studio onto a stage?

Me and Leon [De Baughn] started together, but once we booked our first gig - without really thinking about it - we decided we needed a drummer to play live. I think it brings so much to a performance when there’s a live drummer on stage, it just automatically turns it into a “live” show. I think we always wanted to keep it bandy. We kind of just produce without thinking about playing it live, we just get everything down. Drums wise it’s all sample based. We do a bit of percussion that we track live, but most of it’s just sample based. Then after it’s done, we pick out what we want to—or how much we can—play live, and everything else goes onto a backing track.

What’s next for Crooked Colours?

Another EP, and another tour. Maybe September, but nothing’s been locked in yet. And then January first we’re going to write our album so we’ll be locked away for a couple of months. And that’s it.

CROOKED COLOURS - IN YOUR BONES TOUR 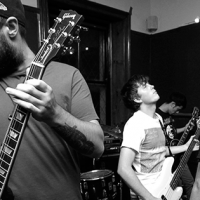 Interview - The OthersRed Eyes, the debut LP from The Others was in my opinion one of the best albums of last year. We had a chat to guitarist NG late in 2013 about how things were going... 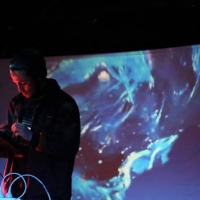 Interview - LUCIANBLOMKAMPCreator of music that manages to be so eerily comforting, LUCIANBLOMKAMP, answers some Qs.
Shit we've done