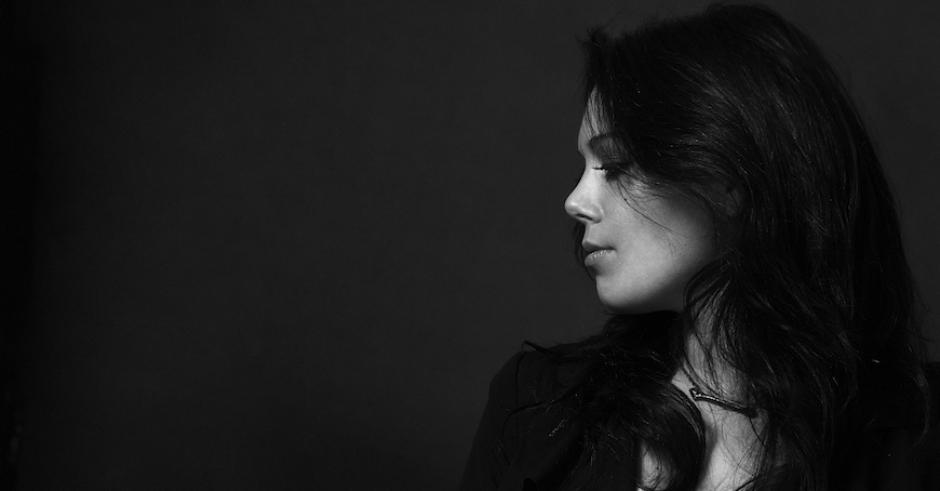 Jess Higgs is somewhere in Sydney watching a storm materialise over a beach. I’m in Brisbane, surrounded by clutter in my study. We’ve hung up on each, and have been playing ping pong with each other’s calls for the past few minutes trying to get the interview back on track: real professional. Chances are you might already be familiar with Higgs’ work, previously featuring on Flight Facilities’ Foreign Language as Jess, and also as her moniker George Maple on Flume’s Bring You Down.

George Maple, and 2014, sees Higgs taking a step out of the shadows and into the limelight of a fledgling solo career. New single Talk Talk, from her forthcoming EP Vacant Space, is a blend of evocative, electronic production and some sultry, soulful vocals. Currently splitting her time between Sydney, America and London, she took 15 minutes out of her Tuesday morning to talk to me.

The new single is Talk Talk. What can you tell me about it?

I wrote it in Sydney with a friend of mine Alex Burnett (Sparkadia), and we sort of wrote that together over a loop that I was given from Snakehips, and then sent it to Harley (Streten – Flume) and he worked his magic on it. Then it became Talk Talk. That was kind of the process of it.

And the EP: Vacant Space, what can we expect from that?

There’s five tracks on the EP, and they were all written from different places and within different times across the past year. There’s an electronic influence on every one of them, because that’s kind of what we’re doing. There’s a bit of space between each of them, in that there’s a sense of each individual track having its own kind of thing going on. It’s probably not as consistent as some of the work that I will do in the future, or what have you, but it feels like what I want to represent right now. It’s been quite a collaborative process – Kilo Kish has done a feature on there, Quasar is on there, Harley’s got two production credits on there as well, and Jimmy from Flight Facilities has sort of helped out with it as well. It’s been cathartic as well.

One of the biggest pieces of praise so far has been just how refined your music, especially the production, is for someone so early in their career. Obviously as you’ve said, you’re working with some pretty influential people, is that a very conscious thing to have a very hands on approach to this aspect of your music?

When I first started making demos I would always do the production and always write the song around it. I didn’t realise that that was producing, to me that was just song writing. But then my manager was like 'you know you’re producing this stuff, so you should maybe think about it in that way'. I think that it’s about getting the song to a point that you feel like it’s envisaged in your head. That’s the approach that I take with everything. A lot of the time that involves working with people that I just adore and I respect. That’s how I’d like to continue in the future, and it will always be hands on, but at the same time if someone is an incredible producer you just have to let them do their thing and let them bring their creative ideas to the table.

I gather also for a while you had your own label Tuluum in the UK. Is that still going?

I think I’d like to explore it in the future. It definitely still exists as a company, but I think that for now I want to work with Future Classic and develop this to a certain point, and then maybe I’ll readdress and develop it properly as a label at some stage when I can help find and develop other artists when I’m ready to take that next step in my career. For now, I’m just focusing on building this project in its own right.

In this day and age, it almost seems that it’s a given that musicians and artists have to be multifaceted. So do you think having something like a label gives you a sense of credence as an artist?

I guess, I mean I never really thought about it like that. It was more a case of not wanting to sign to a major label, and I just wanted to put out music that I liked. I felt like I was being pressured a lot at that point and scouted by a lot of labels and I wasn’t interested. So for me it was more about retaining that independence. That’s why I signed with Future Classic, because I trust them and we have a very open, creative dialogue where we both have input into the decisions. It’s more about creative control for me, than anything else.

Let’s talk about Future Classic. Everything those guys touch seems to be turning to gold lately. What’s the feeling like joining them?

It’s great. We’ve worked together for quite a while on different projects with Flume and Flight Facilities. They have quite an artist friendly approach creatively: they listen to the artists and they’re focused on the artist’s vision. They don’t sign artists that they think they can mould into something different, they sign things that they believe in and that they can use their platform to take to the next level. I think that’s how labels are meant to be, and unfortunately that’s not how they all are.

In terms of working with acts off the roster, Flume and Flight Facilities, in the past, what have you taken away from working with those guys?

A lot of it to be honest is the actual friendship itself. I think having people that are doing a similar thing to yourself, it encourages you a little bit and you feel like you want to do better and you want to create better music because the people around you are doing that, and you’re talking about it and you’re encouraging one another. Obviously musically you learn a lot from them, but I feel that the most valuable thing is having someone there that understands and that you strive to be as good as. You’re both taking that step together, which is really nice.

You’re one of those artists that might be better known for your collaborations. What’s it like then taking that step out and into the spotlight on your own?

It’s really scary. I try not to think about it too much, but it’s exciting. They’ve all been nice and really supportive and helpful. I just sought of cross my fingers and hope that it will work.

I read an interesting comment about your vocal, that it is unobtrusive, just kind of fits in. What do you think of this, and do you think it could possibly be a result of something like giving your vocals to collaborations, where you necessarily need to kind of fit in?

I don’t know. I guess it’s a really interesting point. I think it might have something to do with that. Vocally and musically I feel like I’ve developed a lot, even past this EP that’s coming. There’s a sense of ownership that I don’t think I had a year and a half ago, because maybe I was nervous and felt that I was just a part of other people’s tracks and that was my role. I think that it’s exciting to feel that I’m progressing past that. I’m not sure, I guess once the EP comes out maybe it will be different. It’s interesting though.

This is more just a question for me personally, but I gather that the album We’re New Here (Jamie XX v Gil Scott Heron) was a massive turning point for you in how you approached making music. I love that album, can you explain the effect it had on you?

I love that album so much. I first heard New York Is Killing Me when SBTRKT came out, and I was on tour with Jimmy and he showed me it. I was like 'this is insane'. It was like soul sampling with amazing drums, and it just wasn’t something that I’d ever been exposed to. I think maybe because I was in Australia and I’d grown up listening to different things I wasn’t aware.

But the composition of that whole album, there was so much depth and so much integrity. It was so varied but they still had this amazing consistent voice throughout the whole album. It just did something to me, and I was like this is the kind of music that I want to make. That’s where I want to go.

You’re off to New York next week to play CMJ. America is notoriously a tough market to crack, but you’ve already been exposed to American audiences previously at SXSW. You know it a little bit, but what’s the feeling like heading into these shows?

CMJ I’m expecting is going to be really tough. It’s just like SXSW. There’s a lot of shows going on at the same time, and there’s a lot of people trying to be organised at the same time. A lot of things fall through. I’m not expecting for it to be a dream run, but I think doing that amount of shows and being in those different environments with the tracks will be a really good experience.

And it’s New York. It’s going to be magical.

A lot of it’s industry… What’s the vibe like at a show filled with suits?

I did Great Escape two years ago and it was 100% industry. Everyone just stands in a circle about three metres away from the stage and doesn’t say anything. You’ll talk to them and they won’t talk back [Laughs]. It’s a bit daunting, but it’s just how it is.

Back here, you opened for Little Dragon in August, and followed it up with a showcase at BIGSOUND in September. What’s the response been like from Australian crowds so far?

Amazing. I was so surprised. We were very lucky because we had really full rooms for all of the shows, because it was Little Dragon and it was a small show. But incredible. People didn’t know any of the songs but they still listened and they gave me their attention which is all that I can ask for. It was really great. 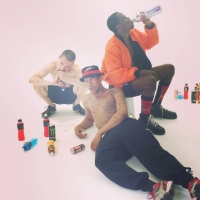 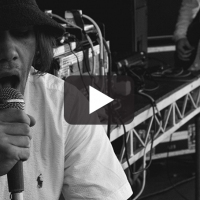