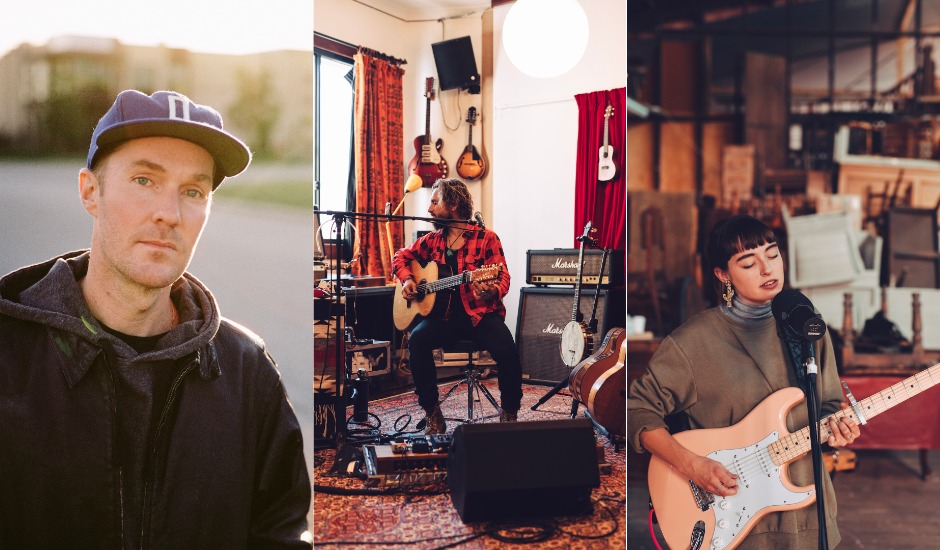 Today, another 29 acts joined the With Love From WA fundraiser at the Rosemount Hotel, with Drapht, Katy Steele, Great Gable and The Money War - plus many, many others - joined by a host of musicians amongst the country's best and most exciting. Joining the lineup is End Of Fashion, Sly Withers, SUPEREGO, Grace Barbé, Gazey, Odette Mercy & Her Soul Atomics, Priscilla, Sydnee Carter and more. Find the full lineup below: 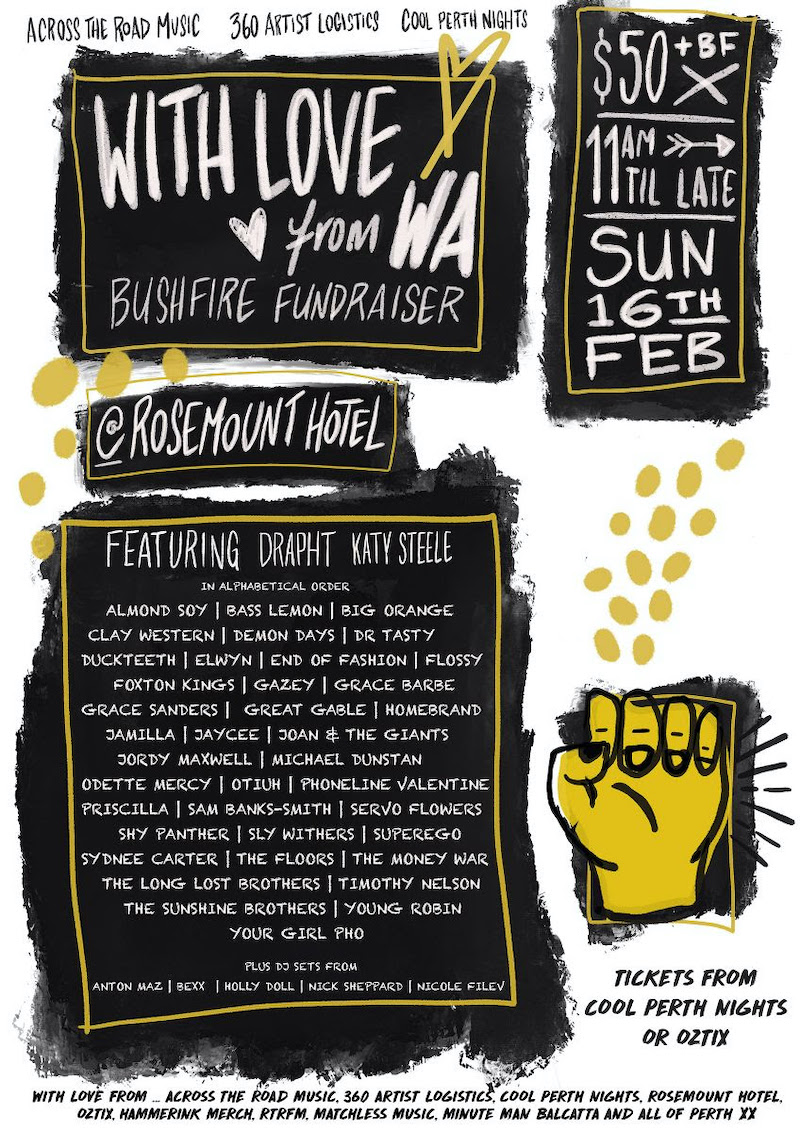 Over the last week, we've seen a plethora of legends around the country come together for charity; each raising money for a bunch of organisations - charities, volunteer firefighters, animal rescue groups and so on - helping with the east coast bushfire disaster and the destruction accompanying it. In addition to musicians like the Minogue sisters, Pink and Selena Gomez donating funds into the millions, it's been something really special seeing the arts sector - criminally underfunded and underpaid - step up to donate money to fill in where the government controversially are budging to; throwing some incredibly special live music shows in the process.

At the moment, the fundraising efforts span from state-to-state. In New South Wales, Hermitude, Thundamentals, Horrorshow and more are coming together at Sydney's The Enmore Theatre; Hockey Dad, Dune Rats, TOTTY and others at Wollongong's Club Windang; Dan Sultan, Polish Club, Custard, Art vs Science, Regurgitator at Sydney's Metro Theatre; and the god-damn original lineup of The Wiggles are reforming for an 18+ show at Castle Hill RSL, which is what dreams are made of. In Victoria, Courtney Barnett just wrapped up two shows with Camp Cope and Alice Skye, while Tones And I and Adrian Eagle are playing a show at 170 Russell. There's also a monster lineup being put together by TEG Dainty, soon to be announced.

Now, however, it's time for the West Australians to stand up. Today, a bunch of heavyweights amongst the Perth live music scene are coming together for a bush fire relief concert at The Rosemount Hotel on February 16th, with an out-of-this-world lineup including the best WA music has to offer on show for the special, money-raising event. All funds from the show will go to charities helping out, with many of the people involved donating their time and energy into making the event raise as much as possible.

Tickets are $50 plus booking fees, with another 'ticket' that won't allow you entry to the event available for $10, in case you want to donate some money but can't actually attend. Grab the tickets here, and dive into the full lineup below: 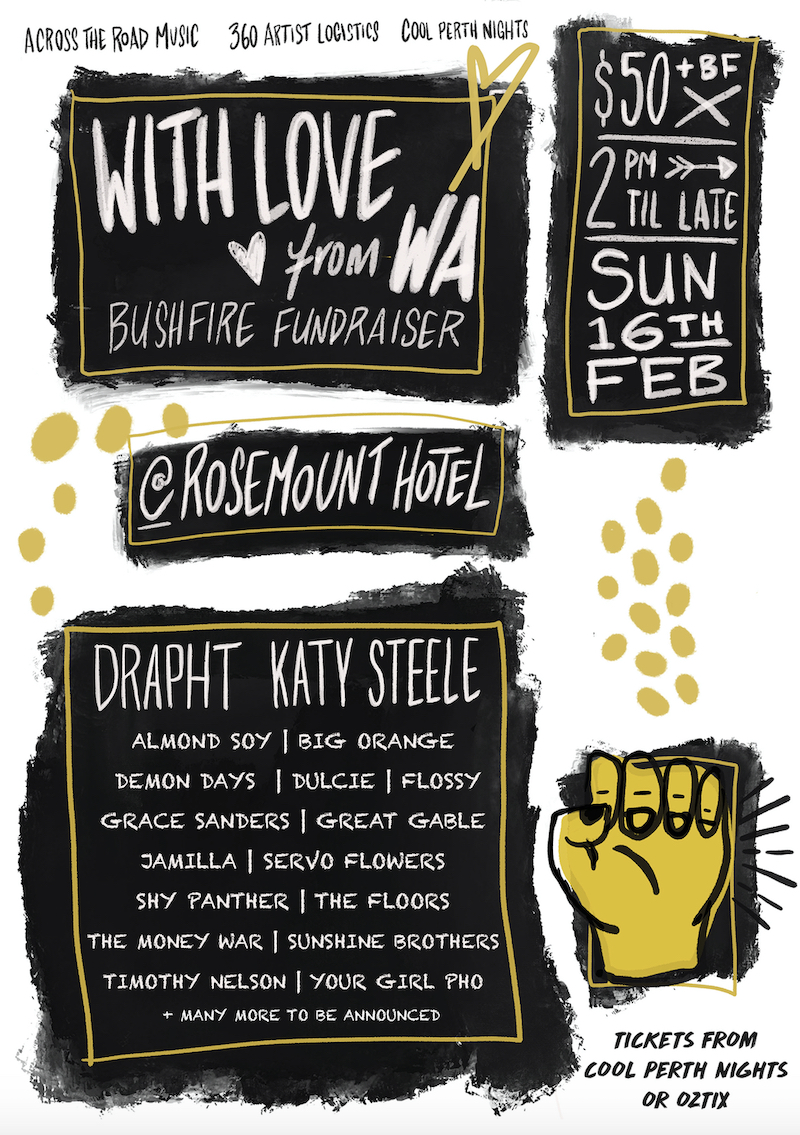 Otherwise, another bush fire relief show - Fire Aid - will descend on Fremantle Arts Centre on January 31st, with another lineup stacked top-to-bottom with West Australian favourites from both the past and present. John Butler, The Waifs, San Cisco and Stella Donnelly are playing this one, with all proceeds going to a variety of causes including local NSW and VIC fire services, local communities and wildlife organisations.

Tickets to this one go on sale tomorrow - Thursday, January 9th - here, but if you're unable to make it, there's also an opportunity to download a recording of the night's sets, with all proceeds of that going to bushfire relief too. Grab that one here, and take a look at the full lineup below: 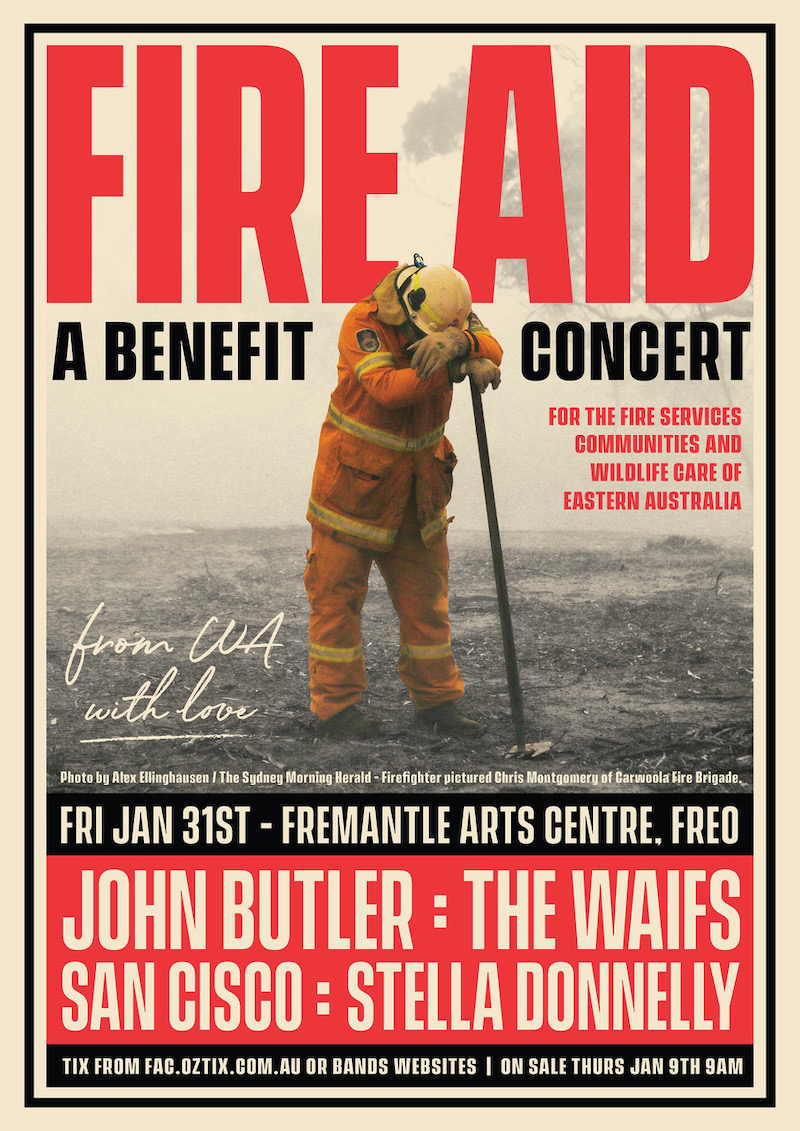 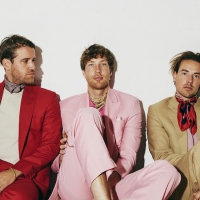 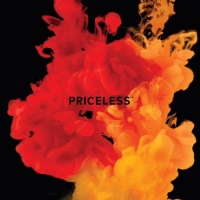 Mastercard - the credit card - just put out a single, because non-corporate music is deadEveryone's collective surcharge fees are being put into an entire album nobody asked for.
News